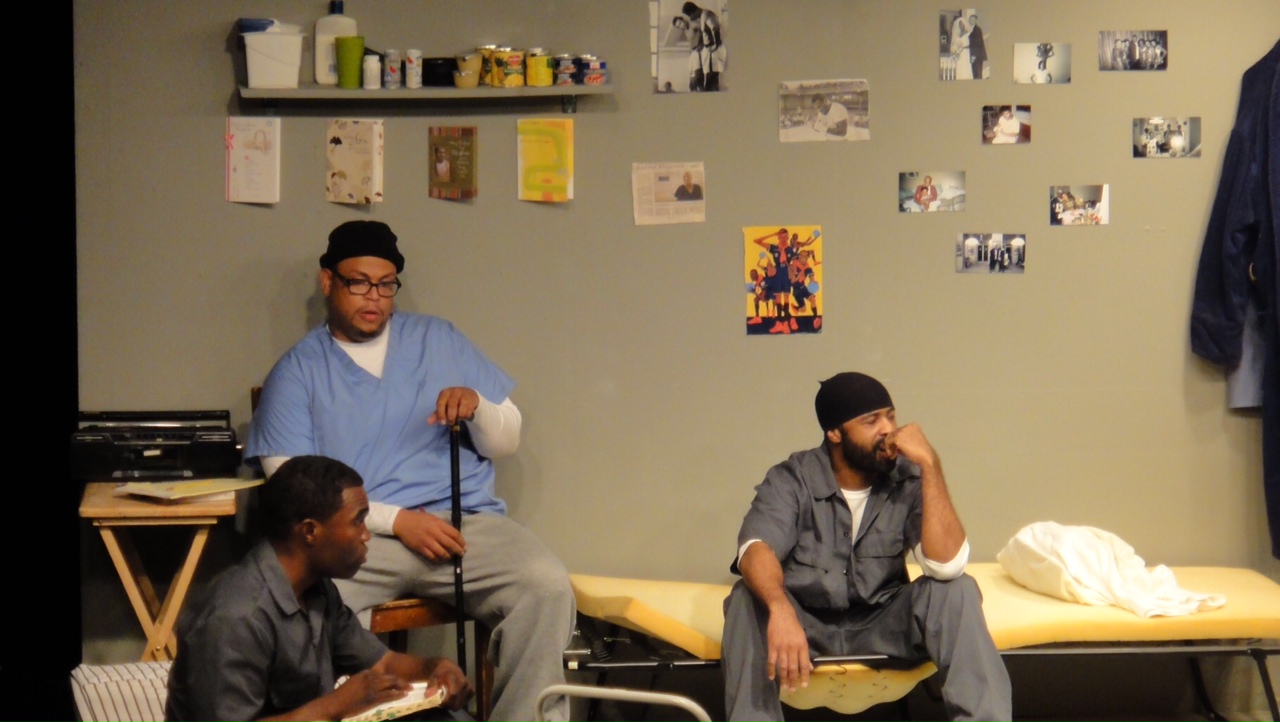 Life in prison is a hard reality for over two million American citizens. It’s a reality that seems

missing from the streets of Burbank, hidden away in the hearts of those few who had endured the hell of confinement. But within the intimate space of The Missing Piece Theater, an unsparing light reveals the prison un-life in the gripping drama 12’x9’.

Model prisoner Townsend (played by MAURICE G. SMITH) finally has a cell of his own, which he hopes will make the final five years of his 25-year sentence bearable. That, and the enduring love of his loyal wife. But a prison fire packs two inmates in his cell. One of them is Jasper (played by DAMIEN D. SMITH), a pious man who can’t face the truth of his crime; the other is Train (played by FRED THOMAS JR.), a scheming sociopath and a “Train wreck” waiting to happen.

All three actors masterfully portray their characters, making us see the good that is (or could have been) in them, without sugarcoating the bad. The gritty details of modern prison life, presented in the context of today’s growing prison-industrial complex, reveal themselves organically. Like a good Dickens novel, 12’x9’ makes you feel the wrongness of a system far too simplistic for the complex, if flawed, characters trapped within it.

Writer/director/producer FRED THOMAS JR. has crafted a play that elevates as well as entertains. I left the theater with more insight than when I entered. And isn’t this one of the most magical things about first-rate theater: to make us just a bit wiser about life without having to pay the steep tuition of experience.