Sharing Burbank history is a labor of love for docents of the Gordon R. Howard Museum, but the most fun is seeing the reactions of local school children when they come for their tours.

The Burbank Historical Society board of directors recently thanked docents for their service during the annual holiday luncheon in the Cunningham Room. 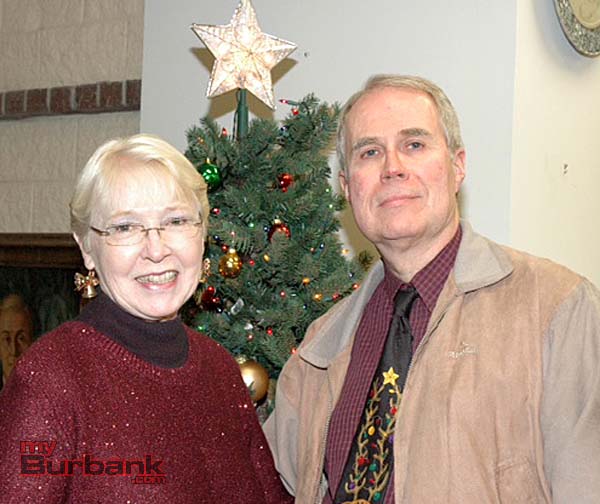 Husband and wife volunteers are Myriel and Jim Tyree.

Husband and wife Myriel and Jim Tyree have served as docents since 2005, and Myriel conducts the school tours.

“First they say ‘wow’ when they come in the front door and see all the antique cars and trucks,” she said.

A lot of them bring their parents back on the weekends, Tyree added.

The Tyrees were docents at the Autry museum when they were recruited by Burbank Historical Society board members Les and Elaine Rosenberg.

“Once you come here, you think ‘why not be a docent?’ ” Myriel Tyree said. “It’s lots of fun and you meet nice people. I enjoy talking to people about Burbank history or history in general. You find you have a lot in common with people. And when you’re traveling you often meet people who have heard of Burbank landmarks like Martino’s Bakery.”

The couple have fun on the day of Burbank On Parade. They wear old-fashioned sandwich boards advertising the museum and walk up and down the parade route on Olive Avenue telling people about the museum. 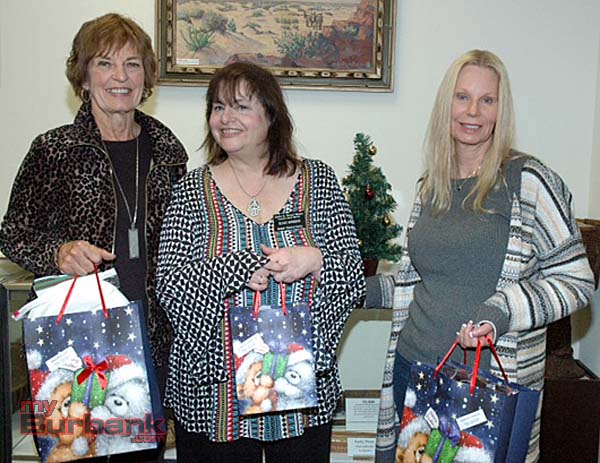 “We are always trying to encourage people to see the museum,” Myriel Tyree said. “We want to keep it from being Burbank’s best kept secret.”

Kimberly Hendrix remembers when a child was taking a tour of the Mentzer House with his family and when he walked by a plate of wax cupcakes on display, he picked one up and bit into it.

“He was angry that I didn’t tell him it wasn’t real before he bit into it,” she said.

Hendrix was born and raised in Burbank but moved to the West Side of Los Angeles as an adult.

“I guess I always loved Burbank but I didn’t know it,” she said. “One day I visited the museum and soon I was volunteering and seeing things I grew up with here in Burbank. It is really a fabulous collection and is displayed lovingly.”

Following the holiday party, the board of directors elected new officers and longtime board member Dave Filson was voted in as president. 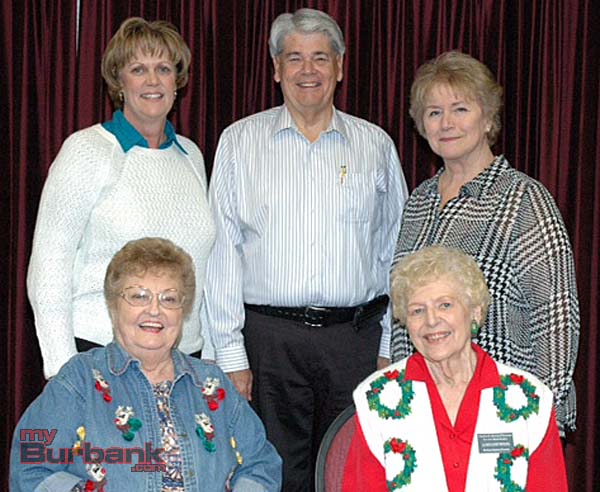 He has two goals for his year. He wants to upgrade the audio-visual system in the Cunningham Room, which serves as the auditorium for special programs and presentations. Filson also wants to reintroduce barbecues in the courtyard in front of the museum.

The museum is open from 1 to 4 p.m. Saturdays and Sundays and is located in Izay Park next door to the Burbank Creative Arts Center at 1100 W. Clark Ave. Admission is free. Exhibits include memorabilia of early industry giants like Lockheed Aircraft, NBC, Walt Disney Studios, Warner Bros. and Universal Studios. There is a room devoted to antique vehicles as well as displays of uniforms worn by military personnel during World War II.

Founders of the museum were Mary Jane and Harry Strickland who passed away this year. The museum was built by donations from the community and is run by volunteers. To become a docent, call the museum at (818) 841-6333. For more information, visit burbankhistoricalsoc.com.