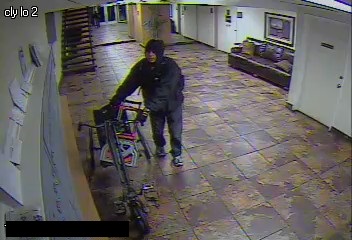 Burbank Police Detectives are investigating a grand theft that occurred on Saturday, January 23, from the secured garage at 4524 Clybourn Avenue, which is a multi-level apartment complex. The stolen property is a “Berkel” brand (Pro 3) gray and black three-wheel bike, specifically manufactured for the victim’s 13 year-old son, who has special needs. The victim told the officers that the bike is valued at about $5300.

The same suspect also committed a vehicle burglary from the apartment complex, stealing a sewing machine from the bed of secured pick-up truck.

The suspect, which was captured by surveillance cameras, is described as a male white or Hispanic, mid 30’s, 5′-8″ to 5’10” tall, weighing between 160 and 180 pounds, wearing a black hoodie type jacket, a black & white beanie and dark jeans.

The police department is releasing images of the suspect in the hopes that someone in the community recognizes him and can help return the bike to the family. 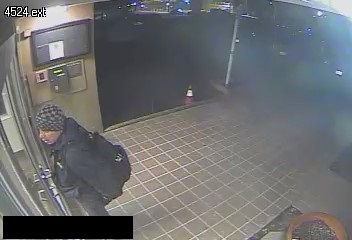 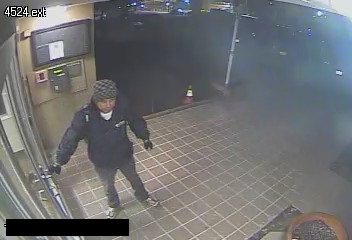