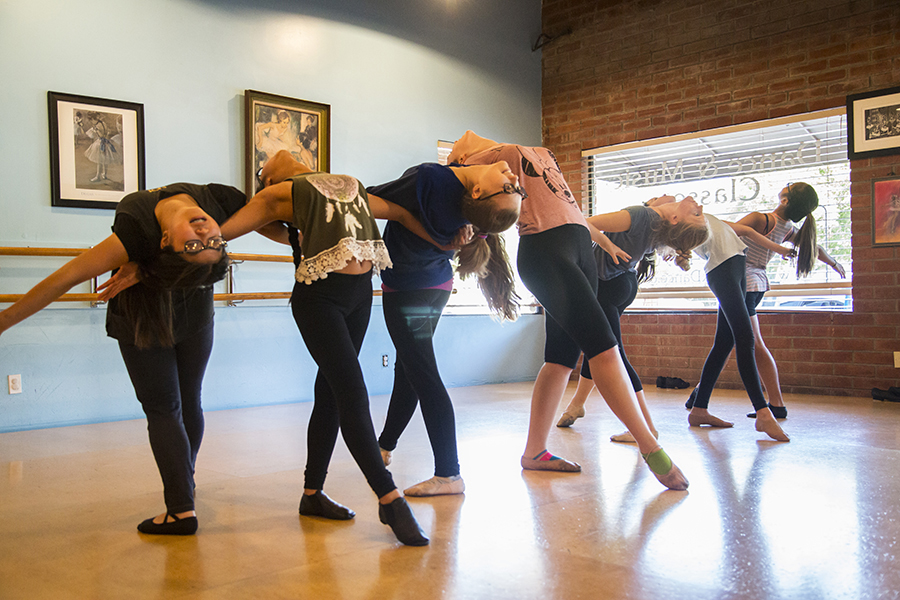 Students of Garri Dance Studio will be stepping lively and smiling widely as they celebrate their 58th anniversary recital “Party in the USA” this Sunday in the Burbank High School Auditorium, 902 N. Third St.

The two shows at 2 and 7 p.m. are each filled will Americana-inspired songs illustrated by such dance styles as ballet, tap, jazz, musical theatre, contemporary and hip hop, said Artistic Director Megan Baade.

Students ages 2 to 5 will be showcased during the 2 p.m. show while students 6 to adults will be featured in the 7 p.m. show.

Highlights include the studio’s staff performing a tap dance during the evening show, Baade said. Dancers will wear Rosie the Riveter costumes to illustrate the Americana theme.

Rosie the Riveter, depicted with a red bandana around her head and wearing a denim short-sleeved shirt, was a U.S. cultural icon during World War II that represented the women who worked in factories and shipyards during World War II while the men went off to serve their country.

“My Grandmother passed away about two months ago so that’s why I wanted to dress up like Rosie the Riveter because she worked in a steel factory, so I thought it would be fun if we dedicated our staff tap dance to her,” she said.

Also planned is a dance including students’ dads.

“The girls and their dads will be dancing together to the song ‘It Takes Two’ and they are doing a hip-hop dance,” Baade said.

Special recognition will be bestowed on several girls who are celebrating special anniversaries with the show.

“One of our students is celebrating her 13th recital while another is celebrating 12 recitals,” she said. “Then there are two girls celebrating 10-year anniversary recitals with us. We are very proud of our longevity in the community having taught four generations over the 58 years we’ve been in business in Burbank.”

Baade said another highlight of the anniversary recital is a special piece performed by graduating seniors of the dance studio. Two young women going off to college in the fall will perform a ballet duet to “Amazing Grace”.

“It’s going to be so much fun! I just love our show this year,” Baade said. “We put a lot of thought into it and just a lot of little details, music choices and acknowledging these special dancers who have been with us for so many years. We are carrying on the tradition of the studio that Peg Garri started so many years ago.”

Tickets are available for pre-sale through Garri Dance Studio for $25 or at the door for $30, until sold out. Call (818) 846-4390. Garri Dance Studio is also accepting registration for summer camps, weekly dance classes and music lessons. For more information, go to garridance.com.