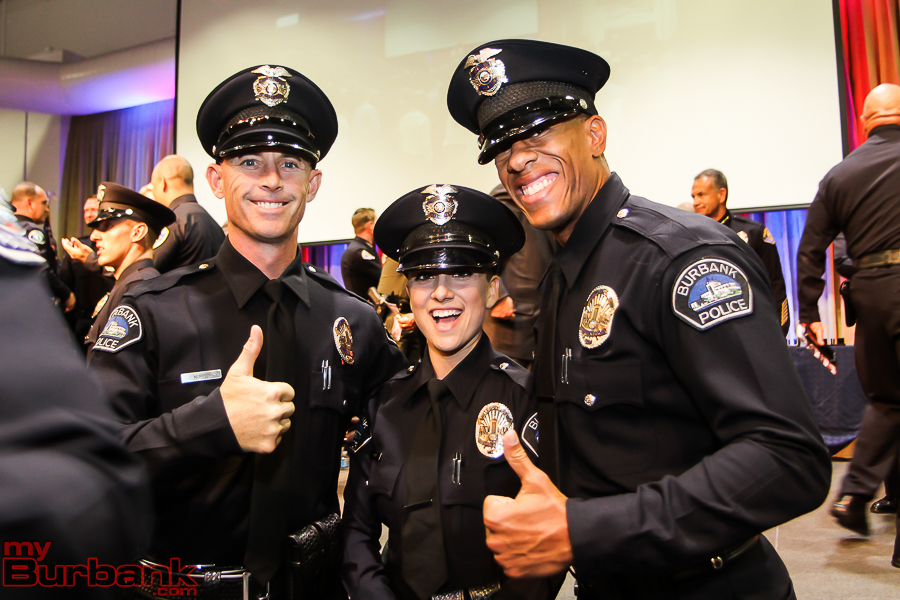 The new officers attended six months of rigorous training along with over 50 other recruits from several agencies including Pasadena, Newport Beach, Long Beach, Beverly Hills and many other Law Enforcement Agencies & Departments. This class was known as Basic Academy Class 221.

The three new Officers are Officer Elena Arias, Officer Neil Daniel and Officer Michael Murphy, they now start training here in Burbank this week at the Police Shooting Range, and then with new training officers on the streets of Burbank.

Officer Elena Arias joined the Department in February of 2016.  Elena was a Long Beach Police Explorer before joining BPD. She was born and raised in Long Beach and graduated from Lakewood High School.

Officer Neil Daniel joined the department from Long Beach Fire Department.  He graduated from Delaware State University with a B.S. and M.S. in Physics.  He is an active Navy Reservist.

Officer Michael Murphy was born and raised in New York.  He graduated with a Bachelor’s in Marketing from the University of Scranton where he played baseball all four years he attended.

Burbank Police Chief Scott LaChasse presented the Officers with their Badges and said ” these officers are Intelligent, dedicated and ethical with genuine hearts to serve the community!! “

The Burbank Police will have additional officers finish the same academy in November and again  in February.