Veterans have a different view of the world.  Whether the vet has served in the infantry, on board ship, in a combat aircraft, in dark subterranean missile silos on nuclear alert, or in a support role ensuring the readiness of front line forces, the vet sees the world with different eyes than others.

On Friday, Under the eternal flame of the McCambridge Park War Memorial, Burbank residents and leaders gathered to recognize veterans for their service to the country, and contributions to ensuring peace throughout the world.

The ceremony started with a flyover by the Condor Squadron’s vintage AT-6 aircraft, Presentation of the Colors by US Marines from the Eagle Rock Recruiting Station, and a welcome speech by Mickey DePalo, himself a veteran of the Vietnam conflict and Chair of the Veterans Commemorative Committee.

The National Anthem also means different things to different people.  It is easy to imagine a soldier or marine in battle, scared, cold, not sure what the next 15 minutes will bring. Darlene Koldenhoven provided a haunting rendition of the anthem, a lonely a cappela prayer for those who may be afraid, possibly singing the anthem silently to themselves, a last thread of hope they will fight and survive their battle.

Politicians stood up to give their speeches, each offering appreciation for veterans service over the years, and expressing their best intentions to remember that service and offer veterans hope for a better life, jobs, and recognition.

Burbank Mayor Jess Talamantes offered that “it is important for us to reflect on the sacrifices and commitments of all those who have so greatly served our nation in the United States military.  Our nation will always be grateful for the nobel sacrifices veterans have made to our country.”

Congressman Adam Schiff, representing Burbank in California’s 29th District, was in Afghanistan visiting with American troops. Schiff sent a message that he believes it is an honor for him to have an opportunity to represent Burbank and the district while visiting our military warriors in “such a forbidding place.”

California State Senator Carol Liu, representing Burbank in the state’s 21st District, added we should remember our veterans not just today, “but every day.”

Mike Gatto, California State Assemblyman representing Burbank from the 43rd District, delivered a strong message that veterans are coming home, and need our help adjusting to life, getting jobs, and re-establishing their lives.  Gatto emphasized that the “best way to thank our veterans, the best way to tell them that we appreciate their service, is to make sure they do not suffer, because of it (their  service).”

While civilians may find military traditions confusing, there are some symbolic rituals that bring a deep understanding and emotion that all can understand, and during Friday’s ceremony David J. Worley, Lt Col, USAF (Ret) provided a stirring narrative explaining the  significance of “The Missing Man table.”

A round table with 5 hats, representing the uniformed services, the lone candle with a yellow ribbon, a single  red rose, black napkins, a slice of lemon, a dash of salt, an inverted glass, a faded picture of missing comrades, and an empty tilted chair.

While we may fly a POW flag (prisoner of war) as a daily gesture to ensure we do not forget, nothing will adequately  symbolize a warrior’s purity of intention, call to arms,  fear, loneliness, emptiness, or the bitter taste of a lost soul, of an imprisoned warrior, or one who dies alone, forgotten on the battlefield.

Koldenhoven followed Worley’s words with a song she wrote  for the men and women we’ve lost, entitled “Remember  Me.” Filtering out the sound of traffic, airplanes, and lawn mowers, each participant in the ceremony had no choice  but to travel with Koldenhoven into a dark place, entering  the world of a warrior who is meeting his end, with the  final thought of hoping his life will not be forgotten.

The veterans, many with extensive combat experience, mostly well into the senior phase of their lives, were quiet,  resigned, reflecting on their brothers in arms, many of  whom have passed.

Veterans hoping their efforts have resulted in some level of peace for Americans, and others throughout the world,  in conflicts where we have intervened with American blood to allow freedom from tyranny and violence.

How can a Marine explain to a young man or woman in 2011 what is means to be a 19 year old infantry man, called to  duty in the prime of his life, finding himself in the  Chosin Reservoir in Korea.

A young man who should be at the beach chasing girls, but is now freezing in a pit with a few other Marines, surrounded by an overwhelming enemy force, fighting for his life.

And now, 60 years later watching a ceremony where everybody  waves flags, politicians talk, and the community tries  their best to give veterans a day of their own – the  veterans remain oddly silent, brought back to that time in Korea, Vietnam, Omaha Beach, Kandahar, Tripoli, or  Gettysburg.

A benediction by Dr. Jerry A. Jones reminded us to pray that the souls we have lost may “forever rest in peace.”

Burbank honored veterans, showing great respect, as able, for veterans of all wars.  DePalo ended the ceremony with a  sharp challenge and reminder.

“There are many young men  and women who are coming home, who have recently been  discharged, and will soon be looking for jobs.  I call on  the public and private sector to strongly consider veterans  when you have positions open.

These young men and women have been tested under the most extreme situations, and have performed admirably and  bravely.  They were given a job to do, and they performed  it to their utmost.  I am sure the maturity and  determination these young people possess would benefit both the organization that hires them, and the city in which they reside.

And if you are asking me, Mickey, do you think veterans should get preferential treatment?  You’re darn right I do.” 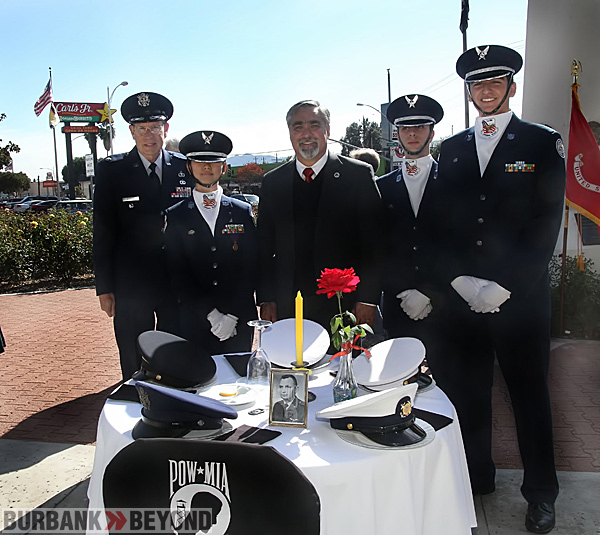 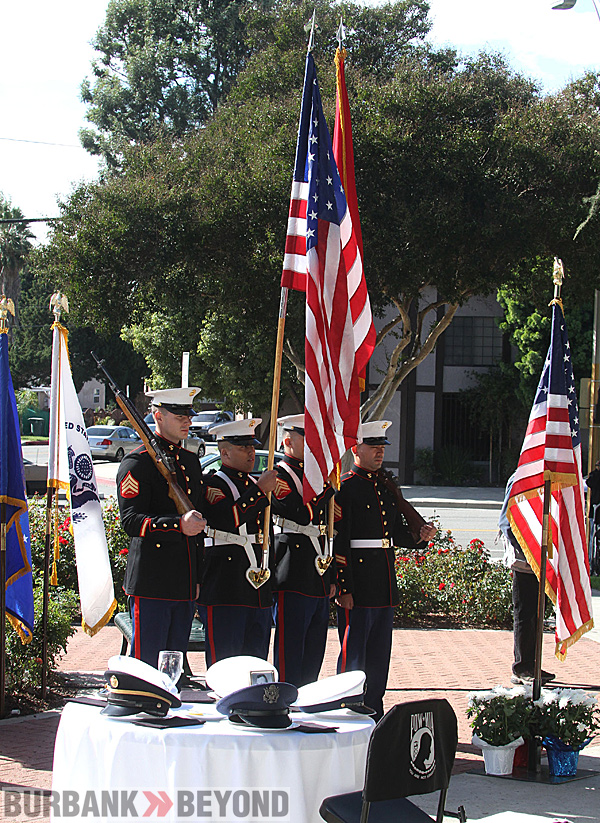 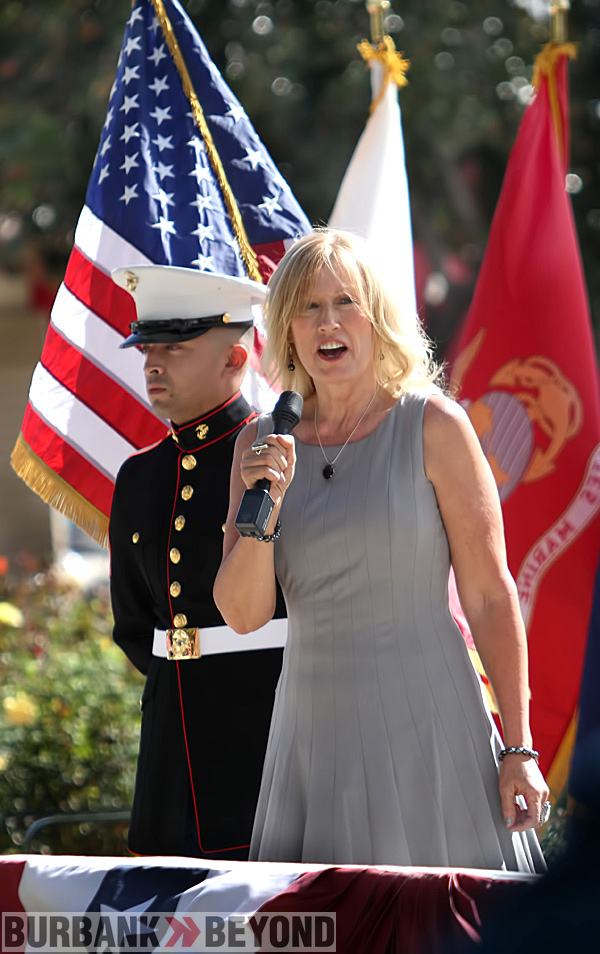 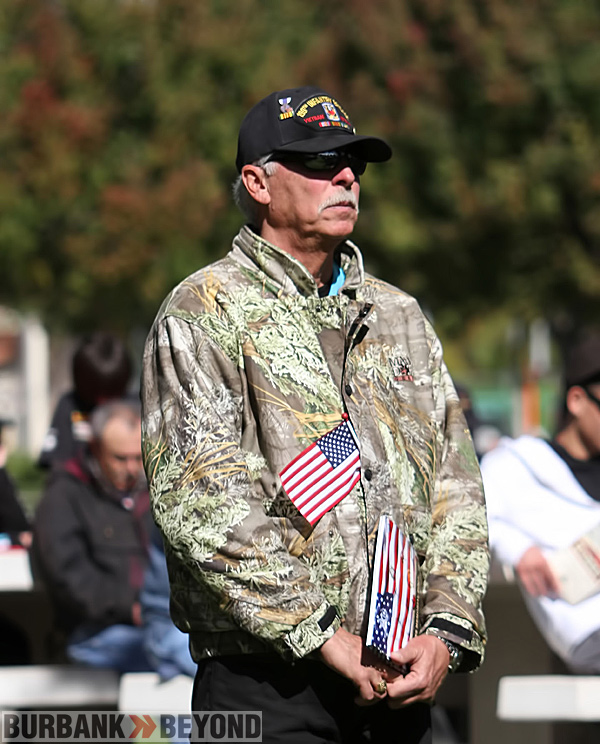 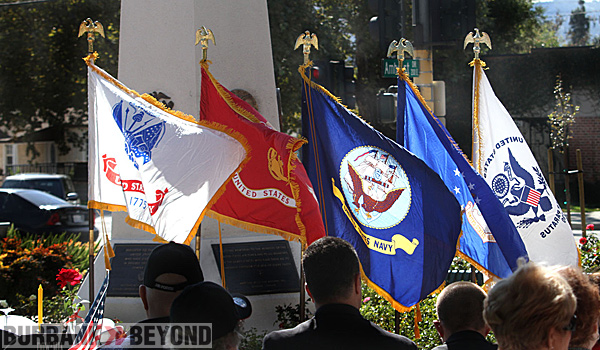 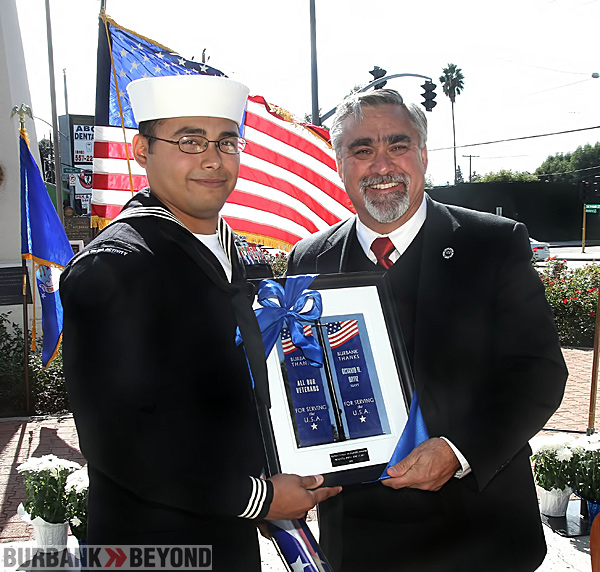 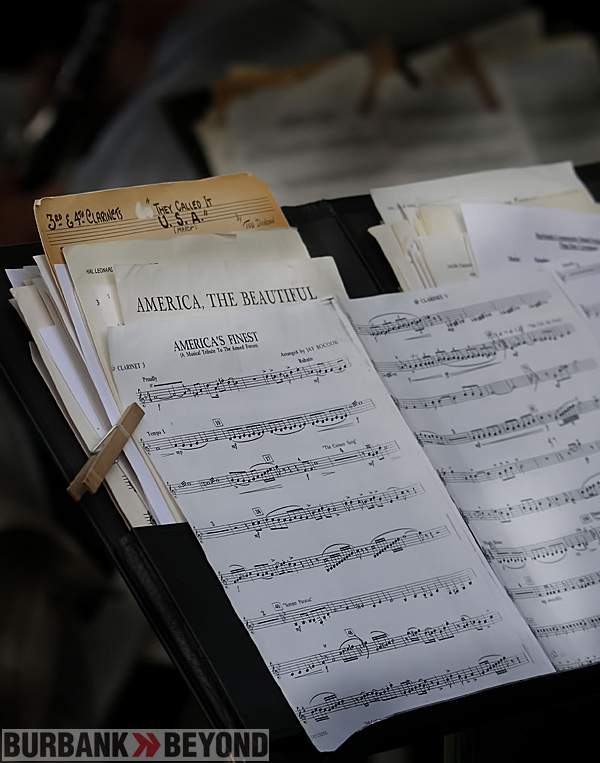 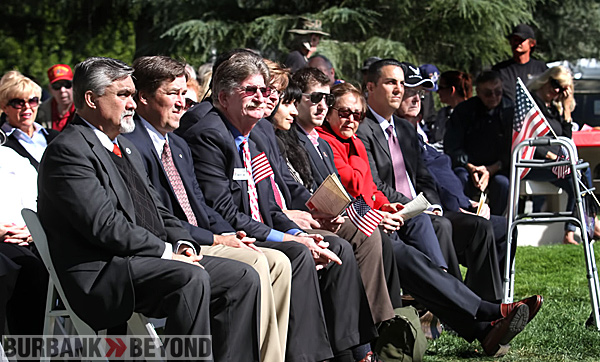 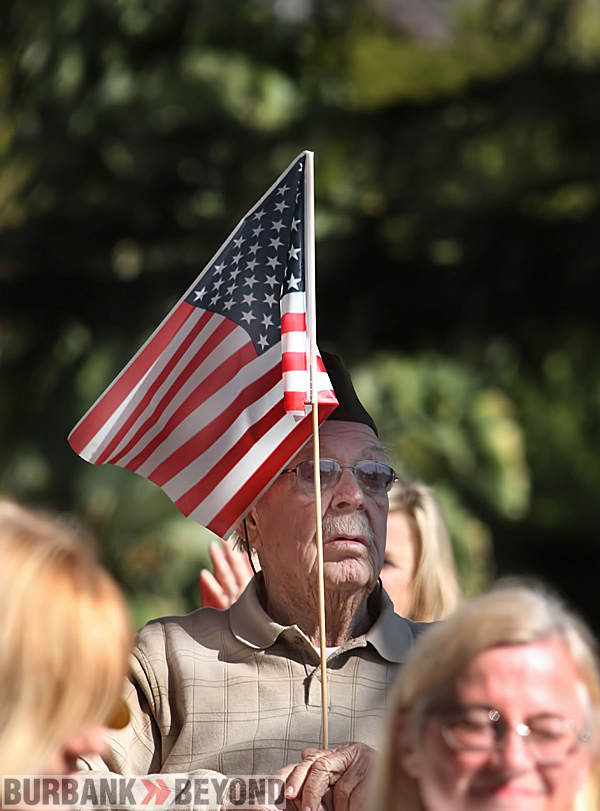 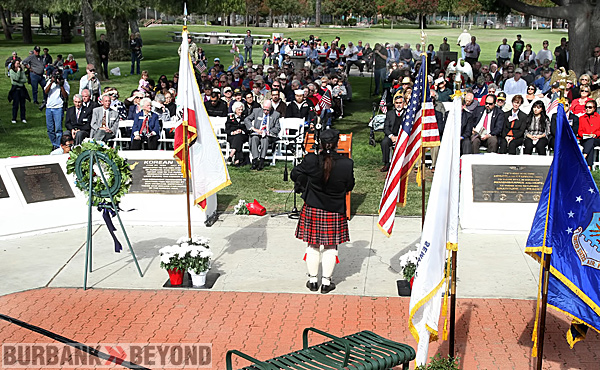