California’s first amusement park, Knott’s Berry Farm, is now featuring Ghost Town Alive, a live interactive story adventure where guests can interact daily with bandits, cowboys, robbers, judges, and finish up with a good ol’ western hoedown. Kids can perform specific tasks and actives as they each play an essential role as an honorary citizen of Calico where they are sworn in by the Mayor themselves.  The story changes every year and is every changing on a daily basis, so you never know just what is going to happen in Knott’s Berry Farm’s Calico. 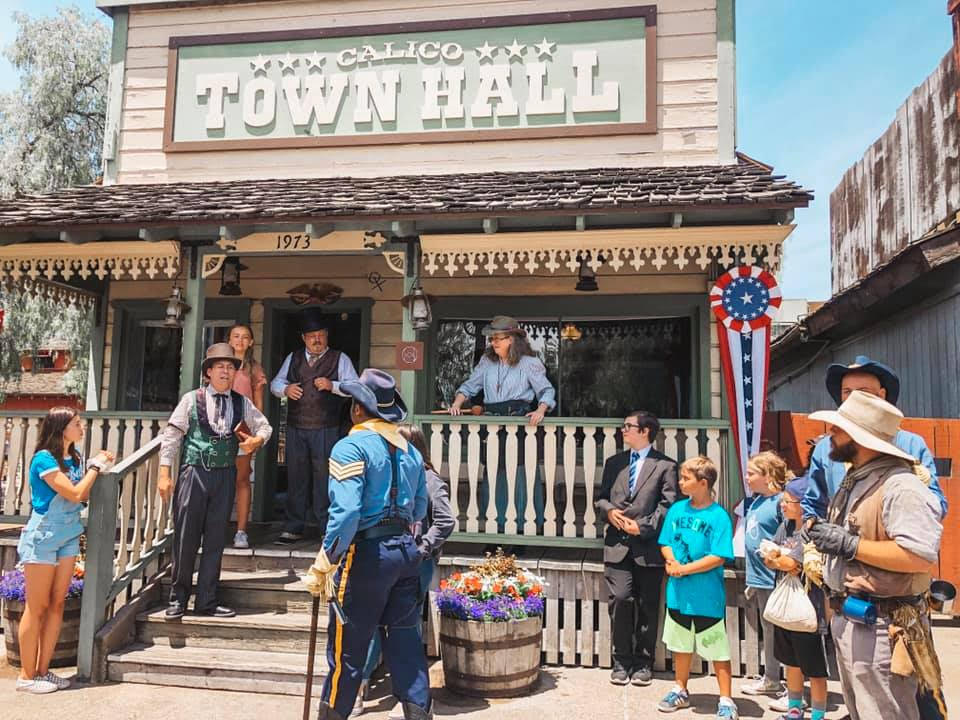 Ghost Town Alive is open daily through the summer until August 11th, and then continues on weekends from August 17 to September 1st.  Ghost Town is the oldest part of the Knott’s Berry Farm amusement park and includes most of the buildings Walter and Cordelia Knott brought to the property in the 1940s where they relocated them from real old west towns such as Prescott, Arizona. The replica town originated in order to entertain patrons waiting for a seat at Walter and Cordelia Knott’s Chicken Dinner Restaurant.

When inside Knott’s Berry Farm’s Calico, you are immersed in the history and setting of a real-life western town, complete with a blacksmith, general store, theater, schoolhouse, dress shop, town hall, bank, barber shop, assay office, sheriff’s office, jail and more. Every location is an interactive adventure where live actors engage with kids of all ages and send them on quests around Calico. 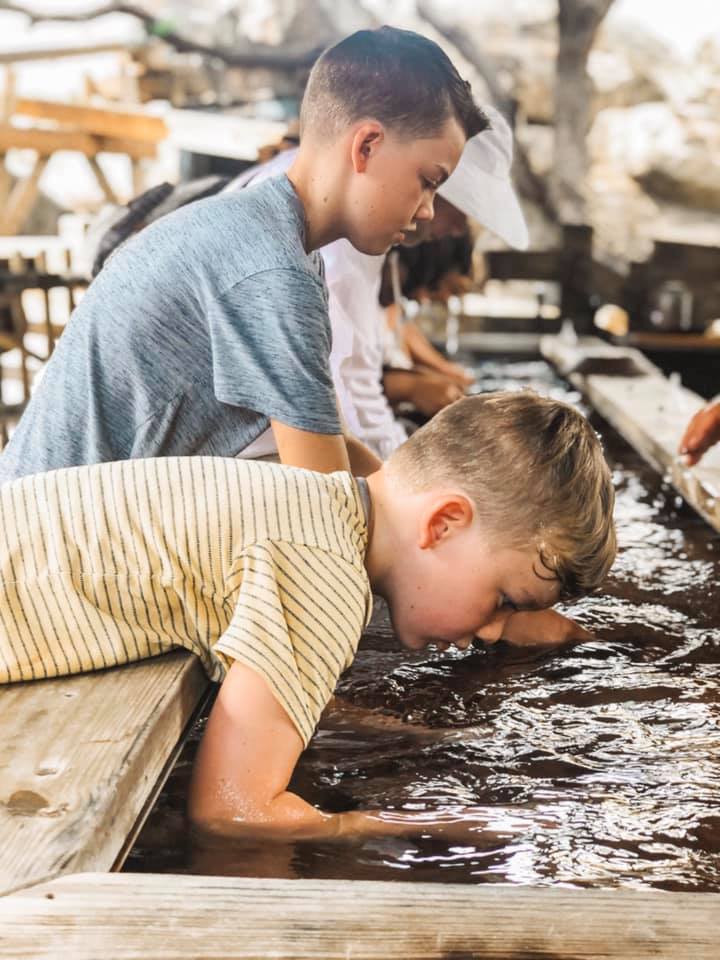 In more one-of-kind experiences, kids can pan for gold in the mine, visit the horse stable, tour the trail museum, watch the blacksmith forge horseshoes, and join in a class at the schoolhouse. Throughout the day contests are held where kids can lasso a wooden horse or throw rubber snakes in a boot to show off their cowboy and cowgirl skills.

The plot thickens as the notorious Mayfield Gang gets into trouble with the law in an old fashioned western shoot out and one of the members is placed behind bars.  Guests must determine if the Mayfield Member is guilty or was he framed? As a Calico citizen, it is your job to talk to witnesses, speak up at the hearing, and help run secret errands from shop to shop.  The question becomes…just which side are you on? Learning the secret Mayfield handshake will get you into different perks of the town but it’s best to stay undercover, so head over to the barbershop for a hand-painted mustache. In Calico, just about anything is possible.

Make sure to hitch a ride on the authentic Denver and the Rio Grande Narrow Gauge train used in the early 1900s. But beware of the notorious Ghost Town bandits that still hop on board for a friendly little hold-up. Visit the Calico Saloon for a Western musical extravaganza with Cameo Kate and Dakota Dan, while fueling up with a famous Calico soda in a souvenir mason jar. Enter the Old West Stunt show where gunfights and fistfights hit the stage in an action-packed open wagon show that is fun for all ages. 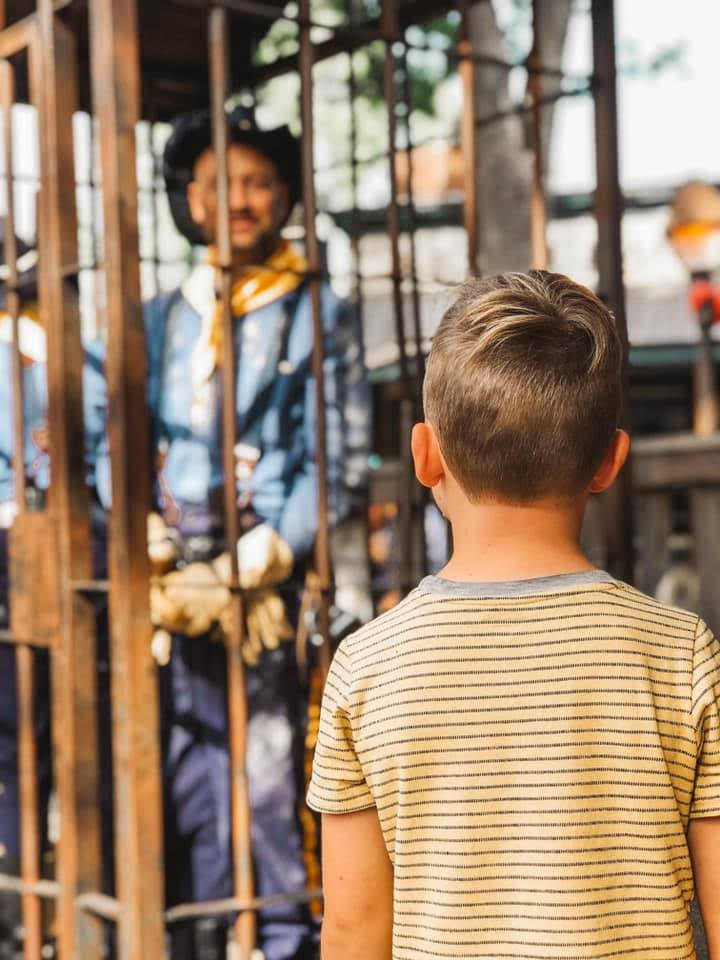 The day finishes off at dusk with a Founder’s Day Western Hoedown as guests of the park come together with the Calico stars. Bankers, robbers, the Mayor, and Sheriff, and even the Saloon girls come out to partner up and dance the evening away under the Buena Park sky.