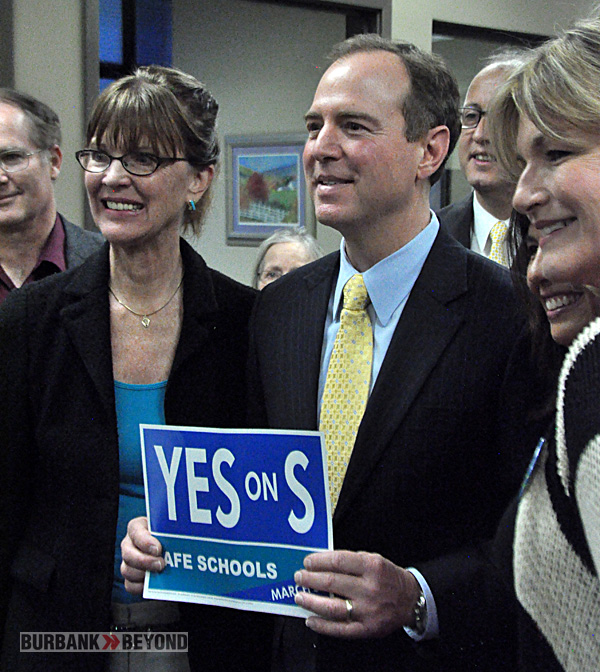 Councilwoman Emily Gabel-Luddy poses with Adam Schiff as he shows support for the upcoming Measure S election during the open house held at his new Burbank office. (Photo By John Savageau)

Residents and  community leaders from across California’s 28th district welcomed Rep. Adam Schiff (D) to his new office in downtown Burbank on Thursday.  Several hundred stood in long queues to have a moment with the congressman, not only to say “hello,” but to give their opinions on a wide variety of topics related to California and the United States.

A variety of languages could be heard throughout the lines and in Schiff’s offices – a clear indication of the ethnic and cultural diversity of Burbank and surrounding communities.  The Burbank office provides an additional point of contact for constituents, allowing easier access to the congressman and his staff.

Schiff also showed his support of Burbank’s Measure “S,” posing for photos with proponents of the school bond measure slated for vote on 5 March.

The new office is located at 245 E. Olive Avenue in Burbank, and will be open Monday through Friday from 9 a.m. until 5 p.m.