As we head into what is the final weekend of the 2016 summer vacation, some things naturally come together.  Like beautiful weather and shiny bicycles, for example.  And that’s exactly what you’ll see this weekend out on the Chandler Bike Path during Saturday’s day-long #BIKEBURBANK Celebration. 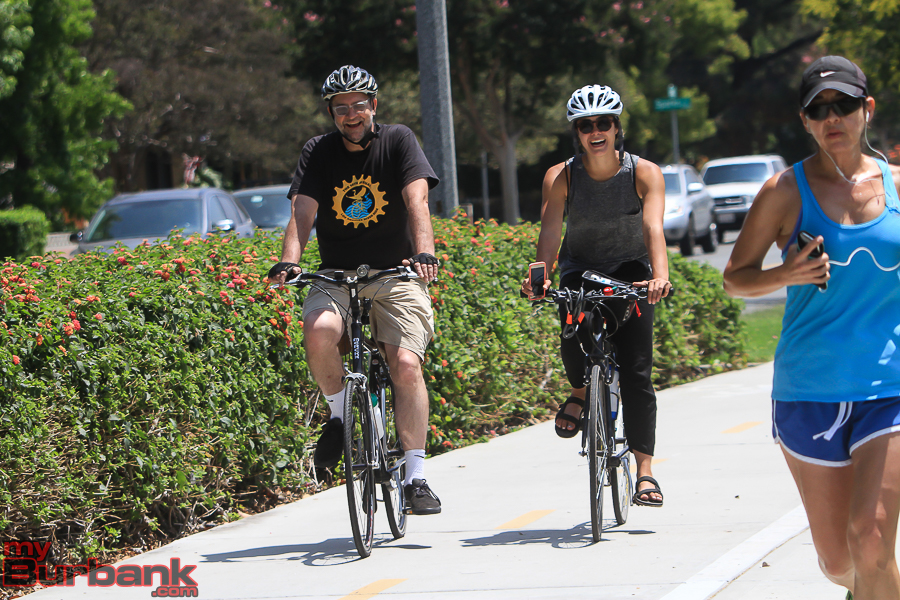 Saturday’s Bicycle Registration and Celebration event, #BIKEBURBANK – sponsored by the Burbank Police Department, Walk Bike Burbank, Pure Cycles and more – will be held along Burbank’s premier bikeway, the Chandler Bike Path from 8 am till 2 pm.

The Chandler Bike Path is a local jewel for regional bicyclists and Burbank residents alike.

“In 2004, the City of Burbank converted an abandoned Southern Pacific railroad track along Chandler Boulevard into what has become the crown jewel of the City’s bicycle network,” explains David Kriske, Assistant Community Development Director for Transportation.  “It’s a piece of Burbank that has historically been dedicated to transportation, and today it serves as the city’s primary ‘8-to-80’ cycling corridor, where children as young as 8 and folks as old as 80 can feel safe riding a bicycle.   The path connects Burbank residents directly to the Metro Orange and Red lines and also helps commuters outside the city get to their jobs in Burbank. Burbankers also use the path daily for health and recreation.  I can’t think of a better place than the Chandler Bike Path to celebrate active transportation in Burbank,” Kriske said