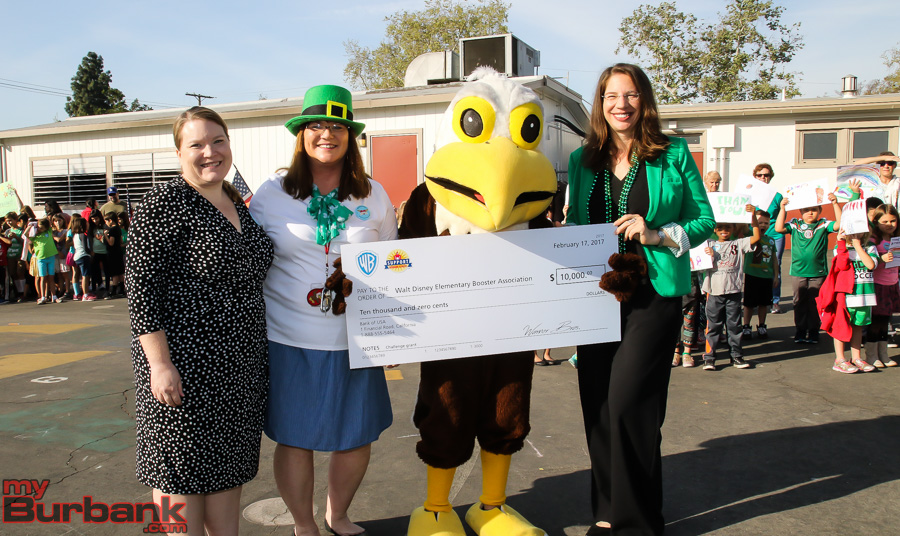 On Friday, March 17,  Walt Disney Elementary School’s community came together to thank Warner Bros. Entertainment for a Fundraising Challenge Grant to increase the ARTs for the 2017-2018 school year.

During the assembly, two student ambassadors, Caynin Simokovic and Andrew Francisco expressed their appreciation for the Challenge Grant and the fifth grade students sang “A Capital Idea” under the direction of the Disney Booster Club sponsored music teacher, Robyn Kreisberg. And of course, Disney’s mascot, Iggy the Eagle joined in on the celebration.

In three short weeks, Disney parents, grandparents, friends and the Burbank community came together to raise $13, 823.10. All these fund will be used to fund increased ARTs at Disney, giving students the opportunity to express their creativity and increase their self-confidence.