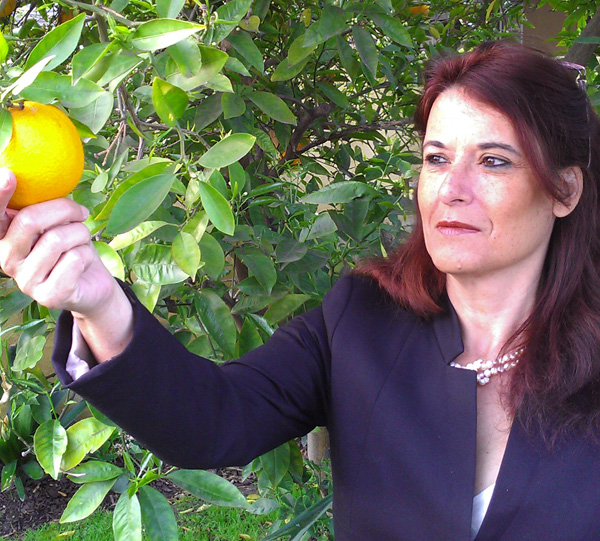 Assemblyman Mike Gatto (D-Los Angeles) has honored Helena David of Burbank as the 43rd Assembly District’s Woman of the Year. Ms. David is the founder of Those Who Care, a non-profit whose mission is to provide local food pantries and homeless shelters with fresh fruit and vegetables.

Ms. David founded Those Who Care after noticing trees in her neighborhood were bursting with unharvested fruit. So, along with long her husband Scott and son Aaron, she began seeking homeowners, one by one, that would allow their trees to be picked. Those Who Care then donates the fresh produce to local food pantries and shelters, which results in far more nutritious and fresh meals than the traditional canned food on which such entities depend. In just one year’s time, Helena and her team surpassed their goal of donating 100,000 pieces of fresh fruit.

“Helena has helped solve the problem of hunger and nutrition in the most creative way,” said Gatto, “After she identified the problem, she rolled up her sleeves to solve it, and did so in such a way that ensures that our community does not waste the resources that are staring us right in the face. Everyone in Southern California has seen the trees full of unpicked grapefruits and oranges, and even apples and avocados. Helena David makes sure that this otherwise wasted produce gets to those who need it.”

The Assemblyman learned of Helena’s efforts after reading an article by Joyce Rudolph, printed in the Glendale News-Press. Immediately, he knew he wanted to honor her. “Helena represents the best of Burbank. She encompasses the generous and creative spirit of the 43rd District, and it is my privilege to recognize her for her dedication to serving others,” said Gatto.

Ms. David will be recognized as a part of the California Legislative Women’s Caucus’ annual “Woman of the Year” celebration on March 26, 2012 at the State Capitol at 10:00 AM. Spending the day with Assemblyman Gatto, Helena will be treated to a brunch reception with other statewide honorees, and will be honored on the Assembly Floor for her generous contributions to the community.

Congressman Schiff Speaks on the Anniversary of the January 6 Insurrection