Woolly mammoths and the science to bring them back from extinction will be the focus of the Burbank Public Library’s upcoming author presentation. Ben Mezrich talks about his nonfiction book Woolly: The True Story of the Quest to Revive One of History’s Most Iconic Extinct Creatures at the Buena Vista Branch Library on Wednesday, July 19.

Woolly tells the true story of a group of young scientists at Harvard University, under the guidance of famed geneticist Dr. George Church, sequencing DNA from a frozen woolly mammoth found in the Arctic circle. The scientists have been splicing elements of that DNA into the DNA of a modern elephant in hopes of producing viable embryos. 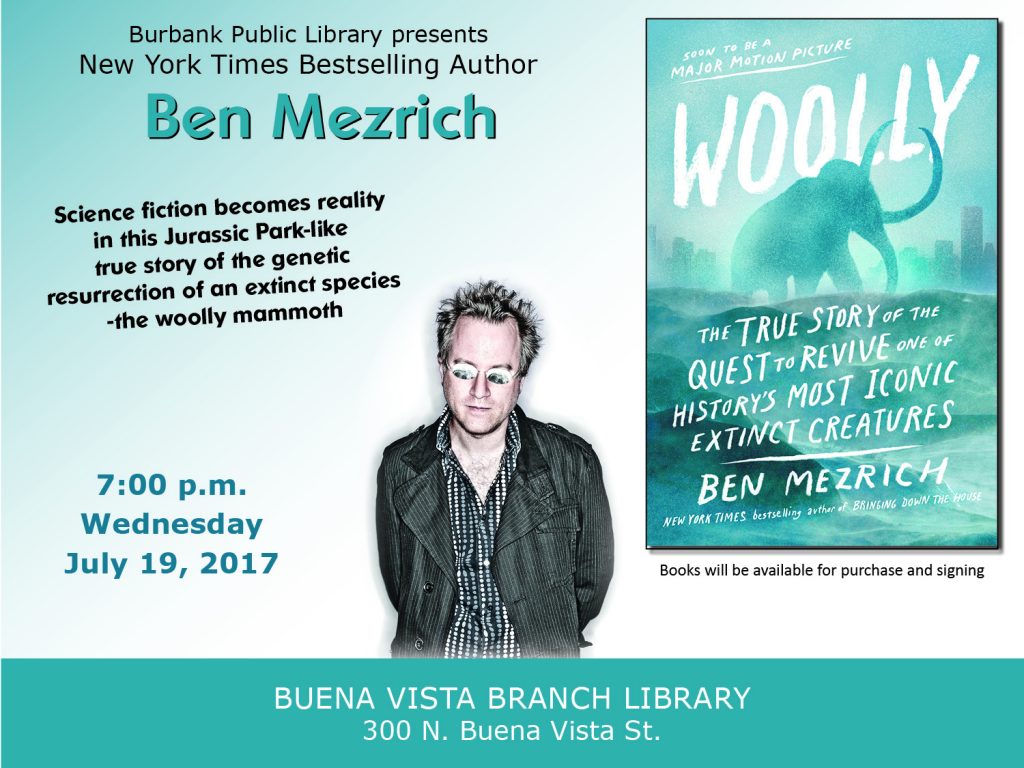 More than just a tale of genetics, Woolly also focuses on Russian scientist Sergey Zimov and his son Nikita’s Pleistocene Park, a nature reserve in northeastern Siberia. They are testing the hypothesis that over hunting, not climate change, was responsible for the extinction of wildlife and the disappearance of grasslands at the end of the Pleistocene era.

The reserve is populated with Pleistocene-era animals such as bison, yak, reindeer and Yakut horses and could be a home for future woolly mammoths.

“At this moment, three ancient, prehistoric woolly mammoth genes have been brought back to life in Asian Elephant cells,” explained Mezrick. “Although it’s impossible to say for sure, the first woolly mammoth could be born as early as 3-5 years from now, although it depends on a lot of factors. The science is here now.” 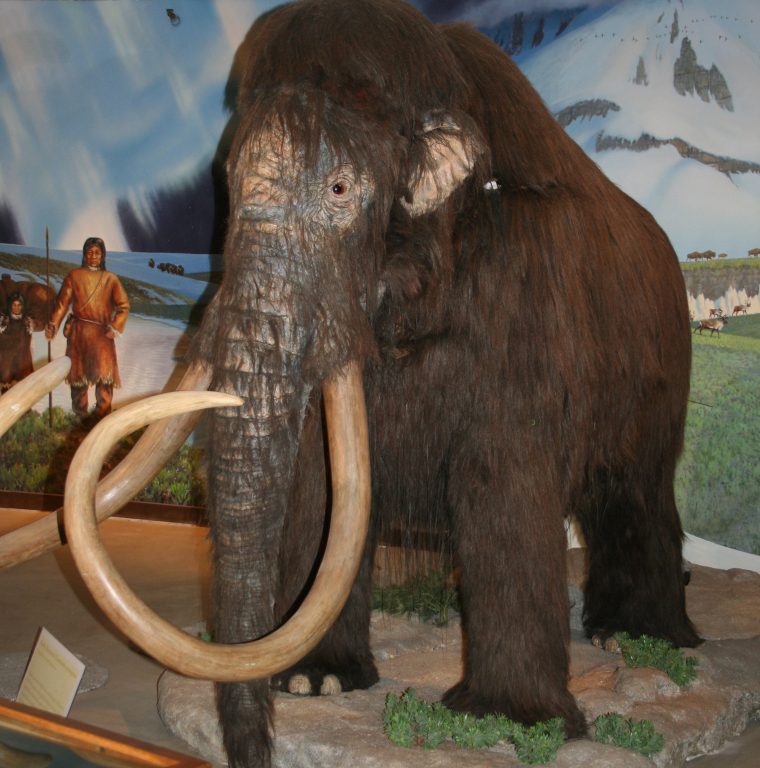 Mezrich is the author of 18 books, including several New York Times best-sellers. His book, Accidental Billionaires, was made into the movie The Social Network. Bringing Down the House: The Inside Story of Six M.I.T. Students Who Took Vegas for Millions was turned into the movie 21.

Woolly: The True Story of the Quest to Revive One of History’s Most Iconic Extinct Creatures was published July 4, and is already in pre-production with Marty Bowen (Twilight, Maze Runner) at 20th Century Fox. Oscar Sharp is writing and directing and plans are for camera work to begin in winter.

“I think the reasons for bringing back the woolly mammoth are a big part of the story; this isn’t Jurassic Park, Church and his team aren’t building an amusement park,” commented Mezrich.

“The goal is to save the environment from a ticking time bomb represented by the melting permafrost at the ring of the world; to bring back a species that we made extinct, in order to fix the environment- it’s a karmic good that’s also an out of the box way of approaching our relationship with nature.”

Mezrich begins his presentation on the book at 7:00 p.m. and will hold a Q & A and sign books afterwards.