An 11 month-old infant died Wednesday afternoon, despite efforts of police and fire department personnel to revive the baby boy. 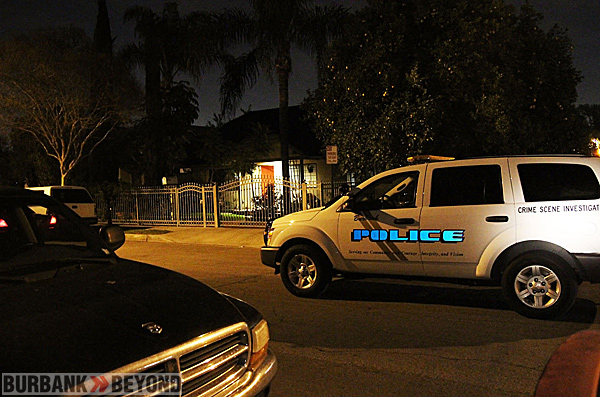 Burbank Police Investagators are searching this day care facility in a residence in the 200 block of West Santa Anita Ave. for clues in the tragic death of a baby Wednesday. (Photo By Ross A. Benson)

At approximately 3:15 p.m., police officers and Burbank Fire Department paramedics responded to the the 200 block of W. Santa Anita Ave, for a report of a infant not breathing.  When they arrived at the licensed daycare facility in a private home, they found the infant in breathing distress.  They began performing lifesaving techniques, and transported the baby boy to Providence St. Joseph Medical Center.

Tragically, all efforts to revive the baby by the medical staff in the emergency room were unsuccessful.  The baby was pronounced dead at the hospital.   The parents were notified by the police, and responded to the hospital.

Detectives were at the scene, checking the home and play area of the daycare facility for clues late this afternoon and into the night.  The death is still under investigation at this time.