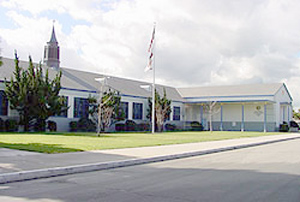 Yes, it is still the middle of summer and we are in the midst of a heat wave, but it’s “Back To School” time in Burbank.

Students will be returning to the classroom bright and early Monday morning.  It’s almost a month earlier than the tradition start of school, which a few years ago was a week after Labor Day.  The earlier start of school, which has been gradually moved up over the past few years, allows for the fall semester to end just prior to Christmas. It also results in the school year ending just prior to Memorial Day, rather than the traditional mid-June time.

“We are one of the few districts that isn’t seeing a decline in enrollment,” said Ted Bunch, vice president of the Board of Education, “Our student population has remained about the same as last year.”

Students in many of the Los Angeles Unified School District schools will return to the classroom on Tuesday, August 14.

Registration for classes at the Burbank Adult School is now open.  The various classes offered can be viewed on line at http://www.burbankusd.org/Modules/ShowDocument.aspx?documentid=4859.  Adults can register on line at http://www.adultedreg.com/burbank/ or in person at the school, 3811 W. Allan Ave.