Much of the discussion from the open Q&A session centered on the skills, tools and preparation needed for high school and college students to enter the technology-laden fields of media, entertainment and creative industries. 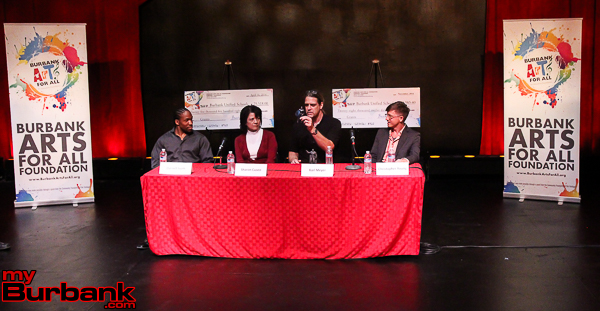 “There are many, many talented people here in California, working in their fields for many more years,” acknowledge Isom, a special effects designer at Legacy Effects, noting that it can seem daunting for people to break in to creative fields.

Isom started as a runner and then became a mold maker. He took classes at night and taught himself computer programs. Isom talked with more established designers, and asked for small opportunities to prove himself, to contribute as a designer. His persistence and dedication to learning computer programs and new technology led him to his position as a special effects designer, working on films including Avengers, Iron Man, Avatar, and Pacific Rim. 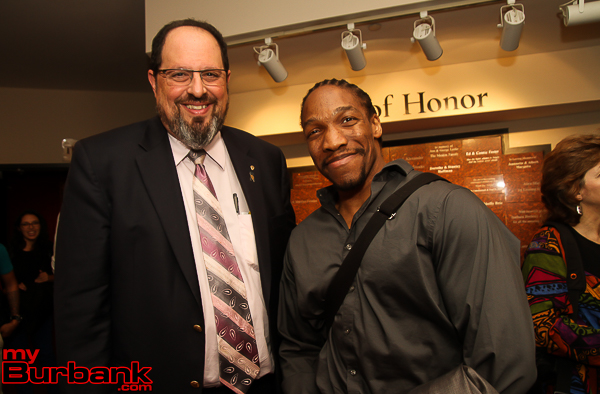 Computer programming in the creative industries is vital, added Young. He expressed excitement about the harnessing of game engine technology as a platform for students to tell stories and learn to design.

“The barrier to entry is almost nonexistent,” said Meyer. “There’s some cost but it’s not prohibitive like in the past.” 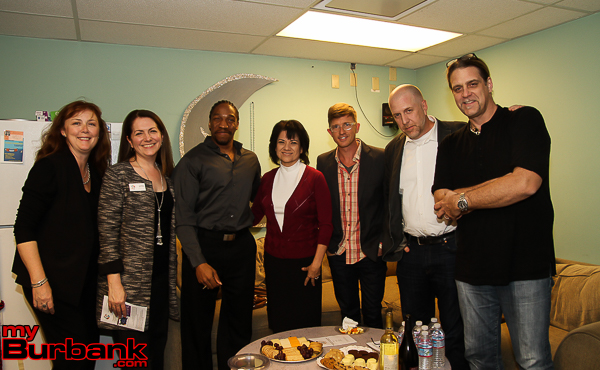 Meyer also emphasized that living in the Burbank area, in the center of creative industries, is a great advantage.

“Having the right attitude and not a sense of entitlement” is also key, according to Meyer, along with being prepared to contribute and be a valuable employee.

All the panelists agreed that one of the most crucial pieces of technology students should learn to use are 3D printers. Coding was also brought up as an important skill for the emerging job market.

Cuseo briefly talked about the development of classes at both Burroughs and Burbank High Schools to specifically address the technology and skills requirements of careers in the 21st century. She mentioned the California Career Pathways grant BUSD received along with other area high schools and colleges of the Verdugo Creative Technologies Consortium, funding curriculum and teacher development. 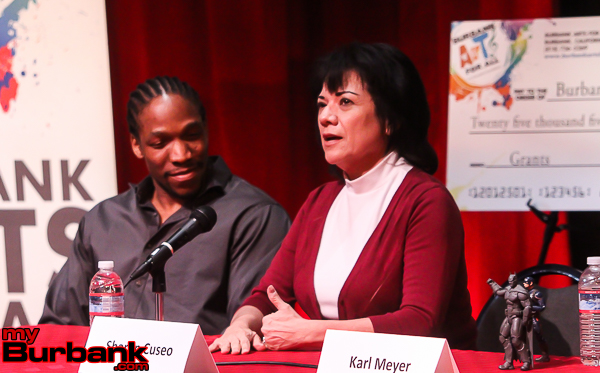 Darnell Isom and Sharon Cuseo. (Photo by Ross A. Benson)

“What an inspiring evening! Through our Creative Circles Forum, Burbank Arts for All Foundation’s goal is to provide a bridge where our local public school district, city officials, parents, artists and business leaders can begin to identify commonalities to further Burbank’s healthy community and creative economy,” commented BAFA Executive Director Trena Pitchford. 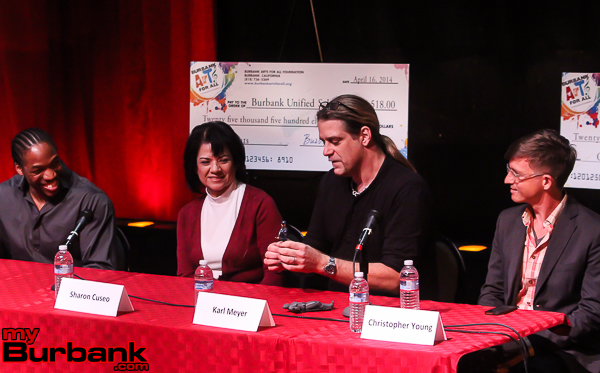 “We are in a moment of opportunity where our school district is implementing digital media and digital manufacturing courses for our tenth through twelfth -graders and our local employers are seeing a need for qualified employees in the creative tech industries.”

“I was so impressed with the innovation represented in each of our expert panelist’s career history,”  added Pitchford. “With guidance from experts like these, we hope that our students will have the resources and education to find their career pathway today so that they can succeed tomorrow.”

BAFA will post a list of resources for parents and students recommended by the panelists online in the next few days at http://www.burbankartsforall.org/creative-circles-forum.

Darnell Isom and Sharon Cuseo. (Photo by Ross A. Benson)

Darnell Isom with Mark Helfrich and wife Alexandra.(Photo by Ross A. Benson)