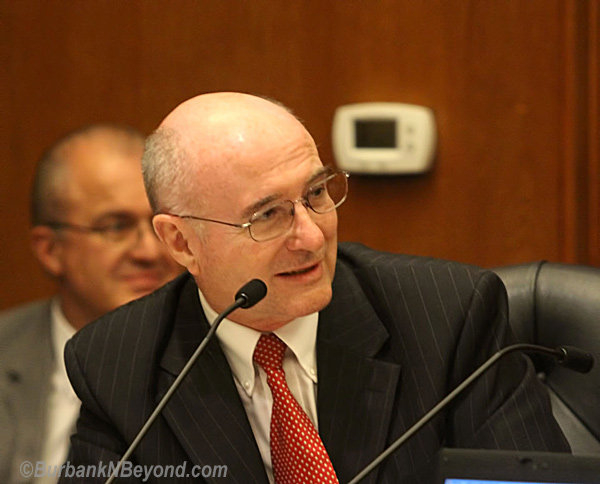 Tuesday’s City Council meeting was City Attorney Dennis Barlow’s final Burbank City Council meeting. Barlow received accolades from every City Council Member and even received a standing ovation after he introduced his office staff and thanked everyone. Barlow addressed the council saying when he started 15 years ago he had much more hair. In his 15 years as city attorney, his family has grown and now he has 20 grandchildren that he plans to spend plenty of time with. He said he have loved working with the Executive Staff, and ever city employee is the most dedicated he has ever seen.  The City Council meeting took a brief recess, with many enjoying some cake in the lobby, Barlow was joined by his wife and staff, and then he walked out of the chambers through the metal detector for the final time from the Council chamber. The City is hosting an ‘ Official Going Away’ event  this Thursday at the Community Services Building.