After posting wild card victories on Tuesday on their home fields, both Burbank and Burroughs made a long trek on the road to play their next opponent on Friday afternoon in the first round of the Division 2 playoffs.

Unfortunately, both teams were stymied by great pitching and thus a strong season for each squad came to an abrupt end. Arroyo Grande (Pac-7 League champion) knocked off Burbank, 6-1, while Los Osos (Baseline League champion) shut down Burroughs, 8-2. 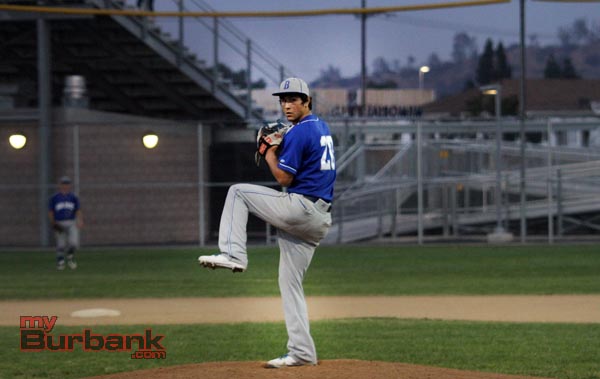 Burbank was over-matched by the strong pitching of Kyle Brown who limited the Bulldogs to four hits and one run while striking out eight and walking just two in a complete game effort.

The Bulldogs scored their lone run in the top of the seventh inning. Harrison Hernandez doubled, Burbank’s only extra base hit of the game, and was pinch-run by Micah Simon who advanced to third on a single by Hector Rodriguez. Simon scored on an RBI ground-out by Ian McKinnon. 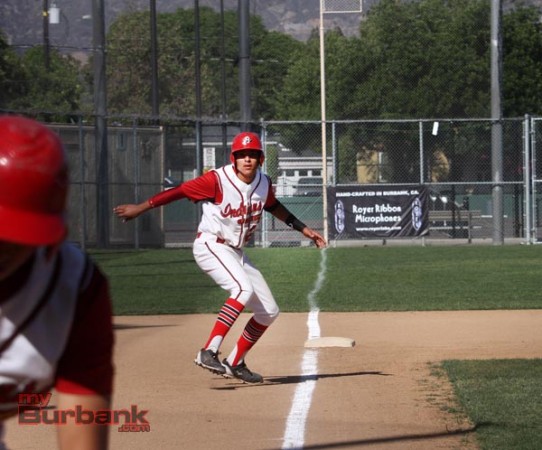 The Indians opened the game with a triple by Miles Haddad who scored on a ground-out from Brian Pozos. But that was it as the Grizzlies’ Chris Kohler dominated the rest of the way. The Oklahoma-bound standout cruised as Los Osos, seeded No. 3 overall, advanced to the second round.