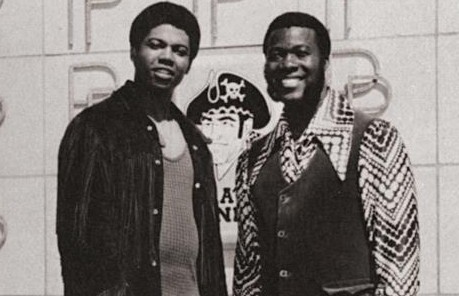 In conjunction with its current exhibition, “I’ll Take You There: Dock Ellis and Baseball in the Swinging ‘70s,” the Baseball Reliquary presents a panel discussion which will examine the rich, complex, and fascinating legacy of baseball in the 1970s, on Tuesday, October 7, 2014, at 7:00 p.m., at the Burbank Central Library Auditorium, 110 N. Glenoaks Blvd., Burbank, California.  The panelists will include Jeffrey Radice, Dan Epstein, and Jim “Mudcat” Grant.

Jeffrey Radice is the co-producer and director of No No: A Dockumentary, the widely-acclaimed feature-length documentary on Los Angeles native Dock Ellis, who was one of the most controversial and outspoken players during the 1970s.  An official selection at the 2014 Sundance Film Festival, No No: A Dockumentary utilizes Dock Ellis’s legendary 1970 no-hitter, which he threw for the Pittsburgh Pirates against the San Diego Padres while high on LSD, as the centerpiece of a film which also chronicles an era in which changes in American culture collided head-on with baseball. 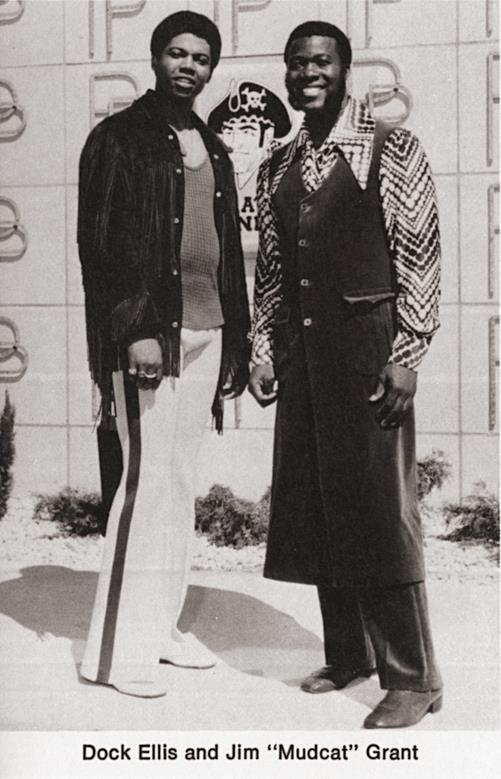 An award-winning journalist, pop culture historian, and avid baseball fan, Dan Epstein is the author of two books on 1970s baseball: Big Hair and Plastic Grass: A Funky Ride Through Baseball and America in the Swinging ‘70s and Stars and Strikes: Baseball and America in the Bicentennial Summer of ’76.  More interested in how the counterculture and social upheaval of that era impacted baseball rather than statistics and box scores, Epstein has written, “From 1970, when Dock Ellis pitched what was probably baseball’s first and only LSD-assisted no-hitter, through 1979, when the infamous White Sox ‘Disco Demolition’ promotion resulted in one of the worst on-field riots in baseball history, the sport exuded an edgy (and palpably exciting) anything-goes vibe, one that has long vanished from the game as we know it.”

A 2012 inductee to the Baseball Reliquary’s Shrine of the Eternals, Jim “Mudcat” Grant is one of the game’s greatest ambassadors.  The first African American pitcher to win 20 games in a season in the American League (21-7 for the 1965 Minnesota Twins), Grant had a 14-year major league career, including stints in 1970-71 with the Oakland Athletics and Pittsburgh Pirates.  (In fact, he roomed on the road with Dock Ellis during the ’71 season with Pittsburgh.)  As prized for his community leadership and humanitarianism as he was for his competitive skills, Grant has written and published his own poetry, in addition to a book, The Black Aces, which chronicles outstanding African American pitchers and their stories of triumphs over racism.  He tirelessly promotes baseball, education, and charitable causes nationwide.

For further information on the panel discussion or the exhibition, which runs through October 30, 2014, contact the Baseball Reliquary by phone at (626) 791-7647 or by e-mail at terymar@earthlink.net.  For directions, contact the Burbank Central Library by phone during regular hours at (818) 238-5600.  The exhibition and panel discussion are made possible, in part, by a grant from the Los Angeles County Board of Supervisors through the Los Angeles County Arts Commission.