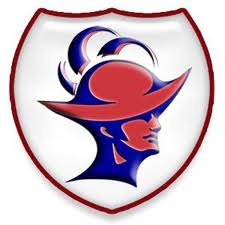 Martinez is a graduate of Bellarmine-Jefferson, Class of 1981. As a graduating senior he played football, basketball, baseball, ran track, and was the 1981 Tom Brown Award winner—the highest honor given to an athlete who played three or more sports at Bell-Jeff. As the schools new Athletic Director and Head Football Coach, Martinez is passionate about building a foundation for athletic success.

“I’m home to stay at Bell-Jeff,” Martinez said. “I am excited about restarting the foundation to sustain the athletic program here, pointing it in a new direction and setting the stage for longevity. It’s all about fundamentals; taking care of our athletes and helping them to develop their skills so that they will have lifelong success.”

“Coach Martinez has come home to his alma mater,” said Principal Mr. Michael Stumpf. “He has great enthusiasm for the position as Athletic Director and Head Football Coach. Fred has started making connections with our coaches, faculty and staff; he already had a football parent meeting and scheduled our football summer workouts.  We are very excited to have him here at Bell-Jeff.”