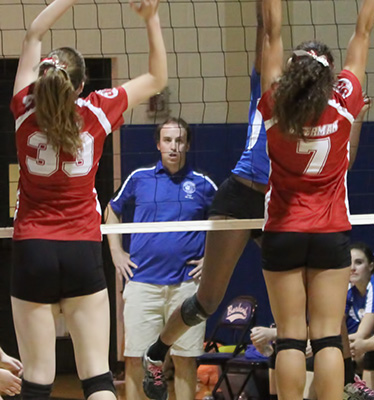 “It is believed that Roach initiated numerous sexually-related text message communications with current members of the Burbank High School Varsity Girls Volleyball Team,” Cornils announced in a statement released by the BPD just before 6:00 p.m. today.

According to Cornils, two BHS students contacted the police and filed a report when they began to suspect the communications were initiated by Roach, their coach.

The investigation also resulted in the identification of an additional victim who claims to have had an ongoing sexual relationship with Roach while she was under 18, the Sergeant added. This unidentified victim is now an adult and no longer attends Burbank High School.

Roach, a resident of Glendale, was arrested and booked for felony violations of three California Penal Codes: 288 a(b)(1),  311.11(a) and 647.6. Filing of this case with the District Attorney’s Office is pending. Due to the age of the victims, no further information will be released at this time.

Incoming Burbank Unified School District Superintendent Matt Hill responded to a request for comment, stating, “We are cooperating with the police and we don’t comment on personnel matters.”

Anyone who may have further information, or believes they may be a victim, should contact the Burbank Police Department at (818) 238-3000.