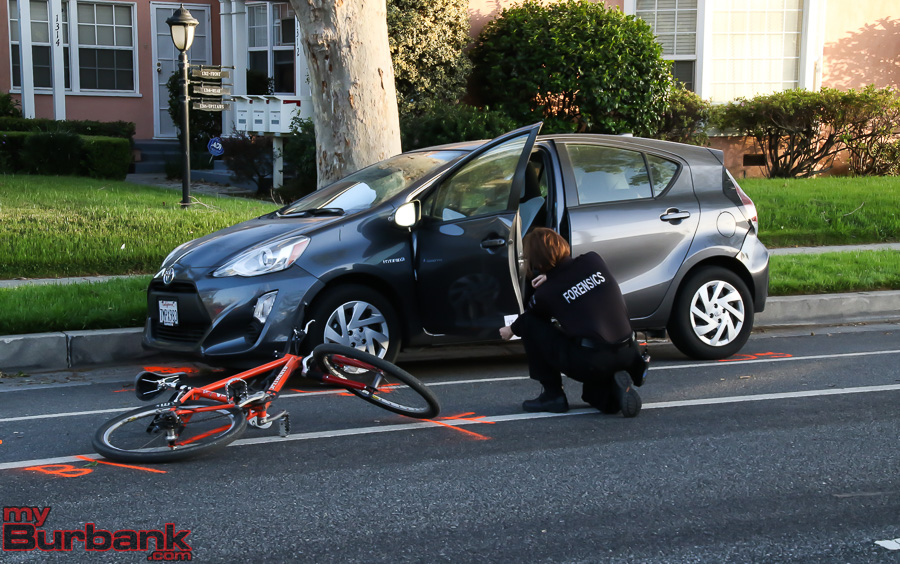 On Monday, April 16, at 5:15 p.m., Burbank Police and Paramedics responded to a traffic accident involving a bicyclist who was hit by a car on Alameda Ave. between Mariposa St. and Griffith Park Dr.

Lenny Trinh, 52 of Burbank, was riding eastbound on Alameda Ave. in the designated bike lane when the driver’s door of a parked car opened, causing him to be thrown forward onto the ground. Trinh was then struck by a passing pickup truck, driving eastbound.

Both the pickup truck driver and the driver of the parked vehicle cooperated and remained at the scene to speak with officers.

It appears that neither drugs or alcohol were factors in the accident.