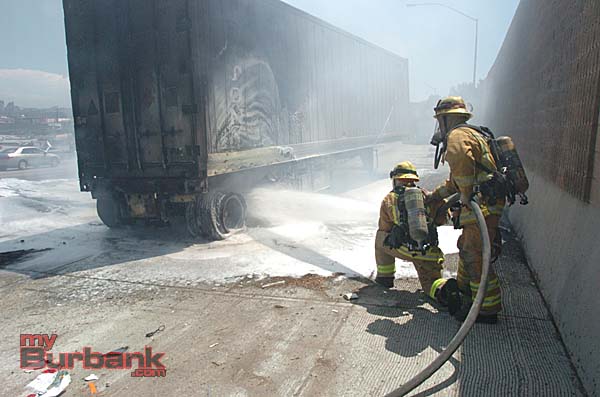 Just after 1:00 pm on this scorching Wednesday afternoon, Burbank and Glendale Fire Engines responded to a big rig fire on the Southbound 5 Freeway at Alameda.

Burbank Battalion Chief and Engine 11 were first on scene to find fire and heavy smoke coming from the rear portion of the semi’s trailer, with the cab already detached by the driver. Engine 11 quickly knocked down the fire which was believed to have been started by overheated brakes.

Fire crews and CHP had the right lane and the Alameda off ramp shutdown for the duration of the firefight and clean up by crews.

The driver of the semi was uninjured during the fire.