In celebration of Clean Air Month, the Burbank Transportation Management Organization (BTMO), a local non-profit group whose mission is to partner with the business community to reduce traffic and improve air quality, hosted three Bike Pit Stops throughout the City of Burbank on Thurs., May 19th, otherwise known as “Bike & Walk to Work Day.” 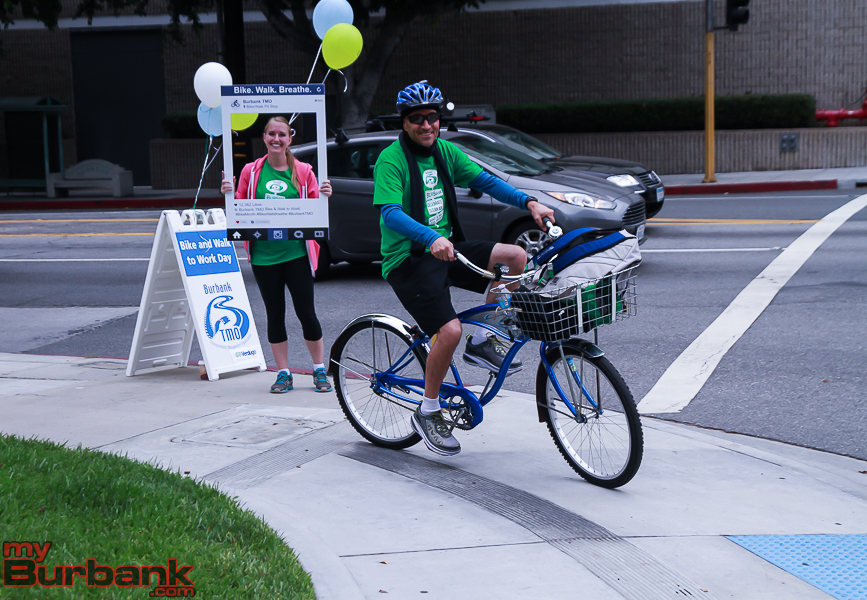 With Pit Stops located at the Downtown Burbank Metrolink Station, in the heart of Downtown Burbank and the Media District, the BTMO’s goal was to raise awareness, promote healthy living, and mostly….to get people out of their cars!

At The Burbank Studios Pit Stop, community partners joined forces to show their support for the cause.  The Burbank Bike Angels, Walk/Bike Burbank, the Burbank Police Department, The Burbank Studios Café, G-Train Fitness, Velofix and Metropolis Bikes (to name just a few) offered their knowledge, their services and their enthusiasm for biking and walking! 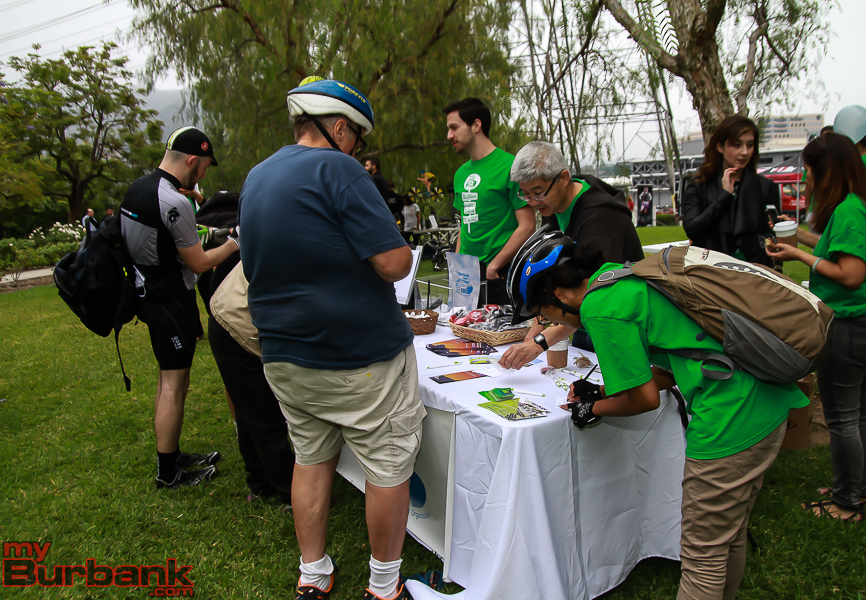 Adam Gilbert, Clean Air Month Committee Chair, BTMO Board Member and Director of Corporate Real Estate at the Walt Disney Company, said, “As Clean Air Month is promoted throughout the country, here in Burbank, we want to use this event and our Pit Stops to thank the bikers and walkers for doing their part to clean the air and contribute to a healthy lifestyle.

Once everyone sees the benefits of biking or walking to work, we will hopefully be able to encourage even more participants.”  To learn more about the BTMO, go to www.btmo.org.