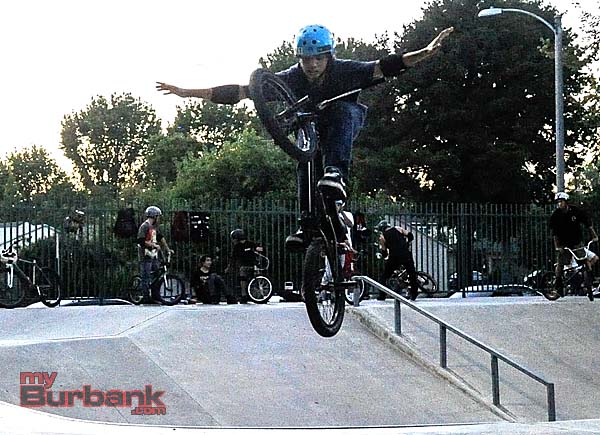 The City of Burbank Park and Recreation Department held their 2nd Annual BMX Bike-Tacular at the Burbank BMX/ Skate Park.

According to Burbank Park and Recreation Leader Mike Graceffo, the event, which was held from 5-9:30 pm. on Saturday had over 125 in attendance, including the bikers, band members, parents, spectators.

Staff members offered free food with music provided by local youth bands from Neighborhood Rock School. Some of the bands that appeared include: LA Noize, Toxic Bobcat, Blowtorch, The Avengers, and Driven.

There were also many prize giveaways.  Prizes were donated by many of the local businesses who support the riders and the BMX facility including Hi-Chew, Vans Cyclery, City of Burbank Park and Rec, Burbank Employees Credit Union, and H&S Bike shop of Burbank.

Everyone had a great time and the event was a success.