The Burbank Police Department has released more information regarding the body found wrapped in plastic near the railroad tracks behind the business at 600 bock of N. Victory Blvd. Thursday. 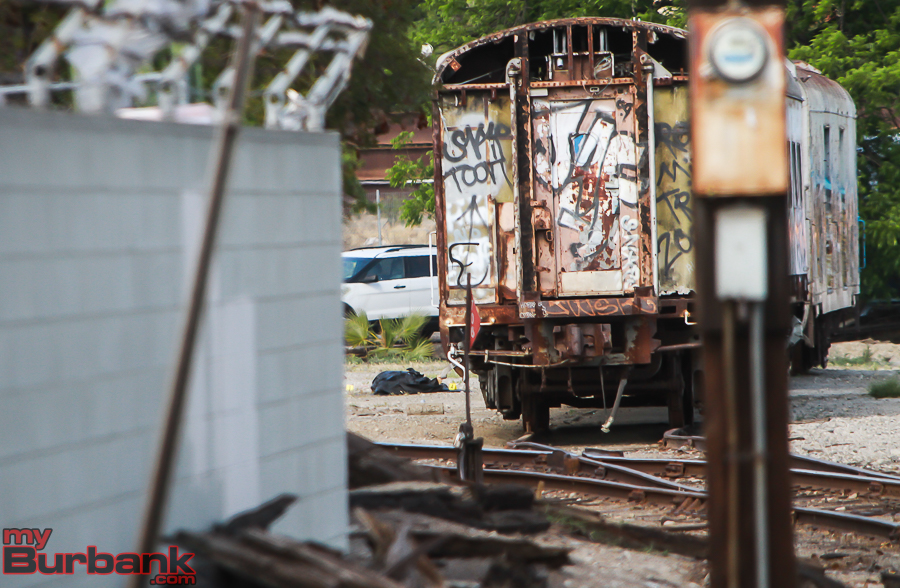 A body wrapped in plastic was found Thursday near the tracks in the 600 block of N. Victory (Photo by © Ross A. Benson)

Police began conducting a suspicious death investigation. The person’s feet were exposed, but no other part of the body was visible. At the time officers were unable to determine the gender, race or age of the deceased.

Police have now identified the victim as 30 year-old North Hollywood resident Nshan Balyan, was found in the open field.

The Los Angeles County Coroner’s Office removed the man’s body from the scene late last night and transported him to their facility where the plastic was unwrapped and the identification was made via fingerprints. An autopsy is pending, as is the cause of death. 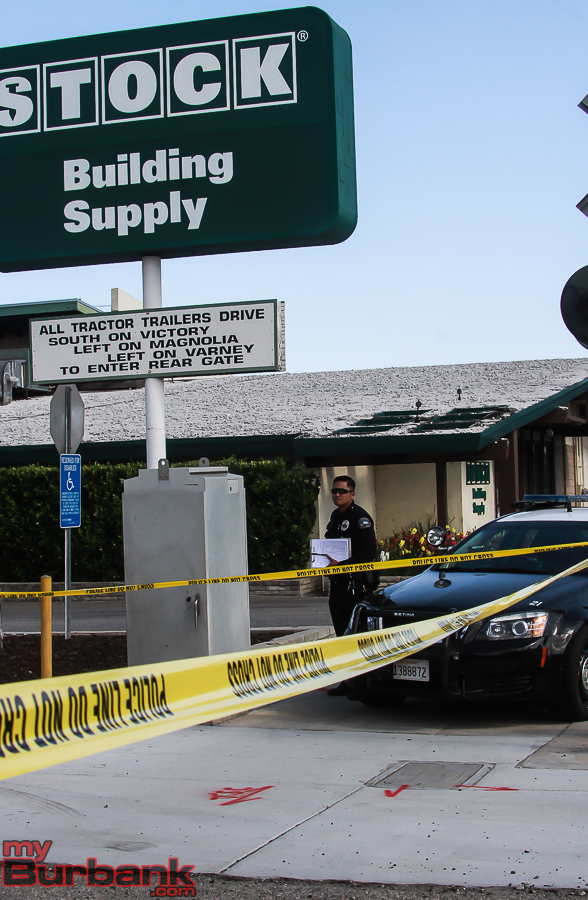 The train tracks are located next to Stock Building Supply. Police are looking through surveillance cameras in the area for clues (Photo by © Ross A. Benson)

The Burbank Police Department is handling this case as a homicide investigation. Detectives do not believe Balyan was killed at the location he was found and have yet to determine where Balyan died.

Detectives have located several surveillance cameras in the area and are currently reviewing the footage for images that would assist in the investigation.

This is an on-going investigation. Further details will be released as they become available. 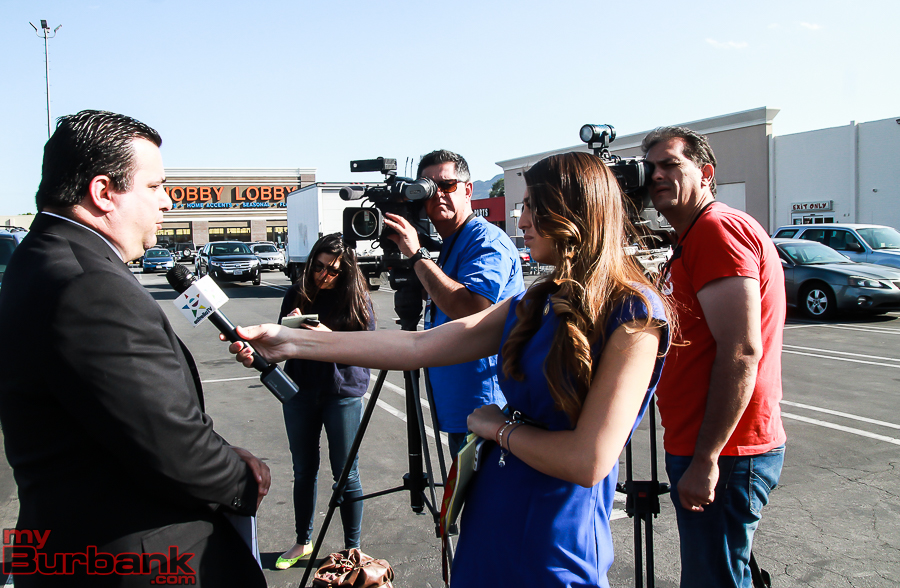 Members of the media interview Burbank Police Sergeant Claudio Losacco at a press conference on Thursday (Photo by © Ross A. Benson)