On November 29, 2018, at about 10:50 A.M., the Burbank Police Department responded to the 500 block of East Cedar Avenue in regards to a suspicious container found unattended near an apartment building.

The container was an industrial-grade, rectangular, metal box commonly used to store ammunition. Burbank Police Officers arrived on-scene and saw what resembled computer circuitry inside the container. Due to the densely populated area, coupled with the suspicious circumstances, the surrounding neighborhood was cordoned off as a precaution. Several residential units were also evacuated in the interest of safety. 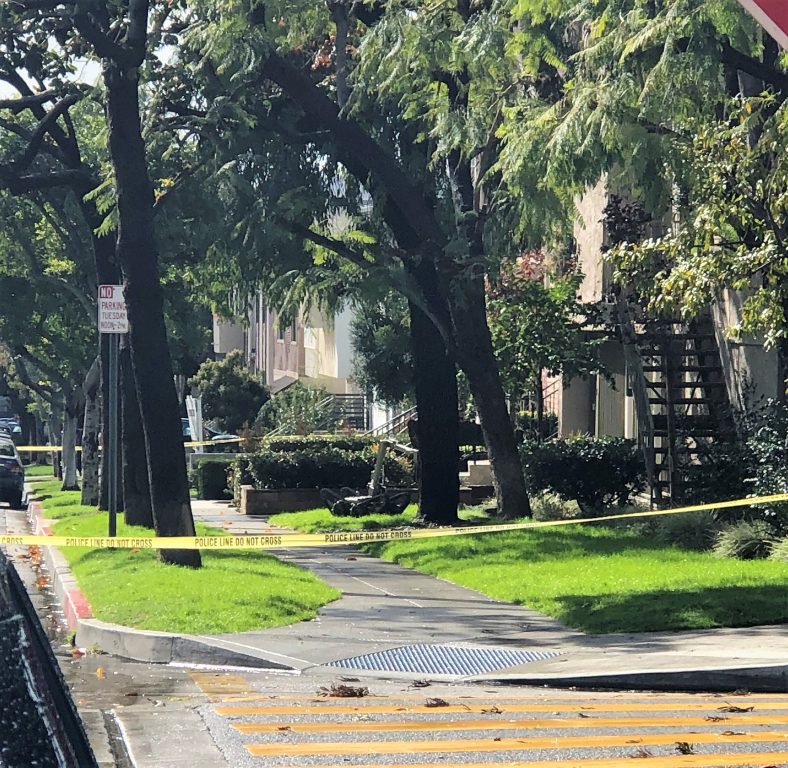 Investigators from the Los Angeles County Sheriff’s Department Arson and Explosives Detail responded to the scene. Using a robot, investigators examined the container and determined it did not contain any explosive material.

Just before 1:00 P.M., the surrounding area was re-opened to vehicular and pedestrian traffic and the affected residents were allowed to return home.

The origins of the suspicious container and how it ended up where it was found is currently under investigation.