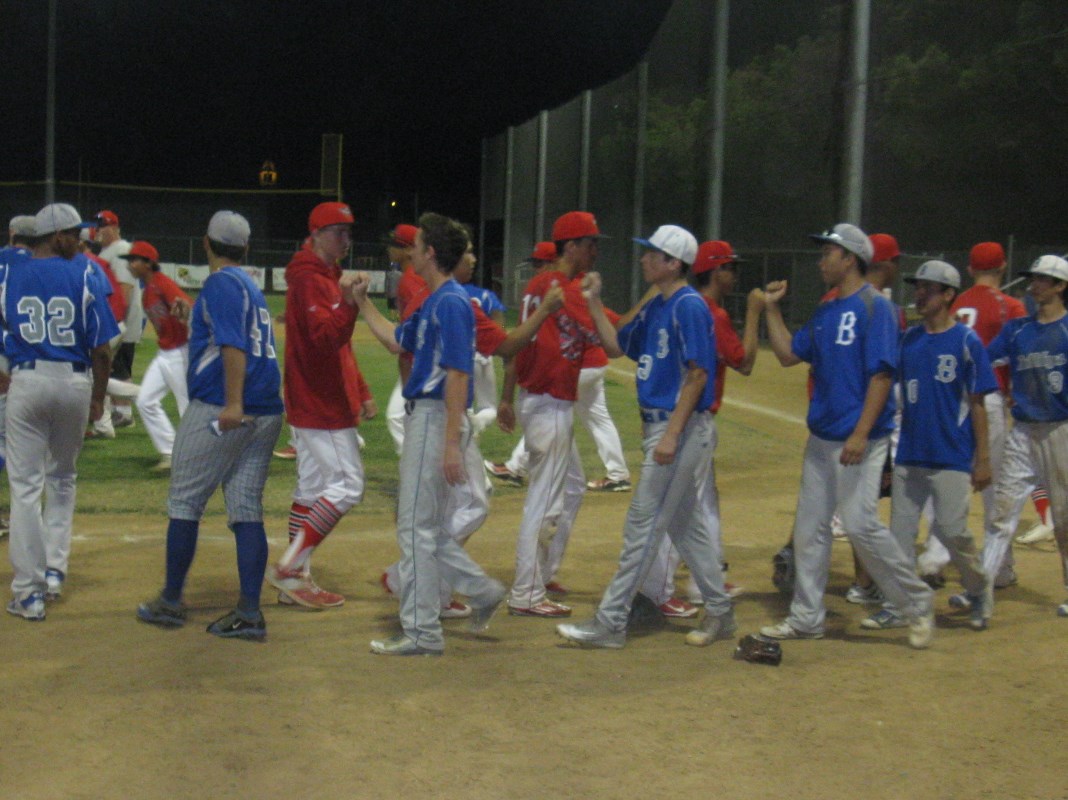 Summer time is generally when teams can afford to make mistakes as essentially nothing is at stake.

Don’t tell that to the Burbank Bombers, though.

The Bombers, made up of Burroughs High players, did not have any errors in a 15-0 win over rival Burbank Friday in a Valley Invitational Baseball League game.

“Our defense is our number one priority,” Bombers coach Craig Sherwood said. “Playing catch is the number one thing we have to do game after game.”

Burroughs even has a ‘Play Catch’ sign in the dugout that is similar the University of Notre Dame’s “Play Like a Champion Today” in its football locker room.

“That sign is a very special thing for us,” Sherwood said. “If you play catch you’re going to be successful defensively.”

Three pitchers combined on a two-hit shutout for the Bombers as Riley Hooper went five innings, followed by Jacob Real and Matthew Rudas, who each pitched an inning.

“It wasn’t the greatest game,” said Danny Porras of his team, which took the loss. “We just have to practice, get better and come back and win some games. We have to start putting things together to win games. “

Porras and Henry Leake gave the team made up of Burbank High players the best chances at scoring.

Leake hit two dangerous balls to center field in the third and fifth inning respectively, but Bombers center fielder Andres Salazar made fine catches to avoid what could be of extra-base hits.

Porras hit the ball up against the center field fence in the sixth inning.

Hooper had three hits and reached base on all four of his plate appearances. He also scored three times.

On the mound he had five strikeouts in five innings.

Eight of Burroughs’ nine starters scored at least once. They were helped by six errors by the opposing team.