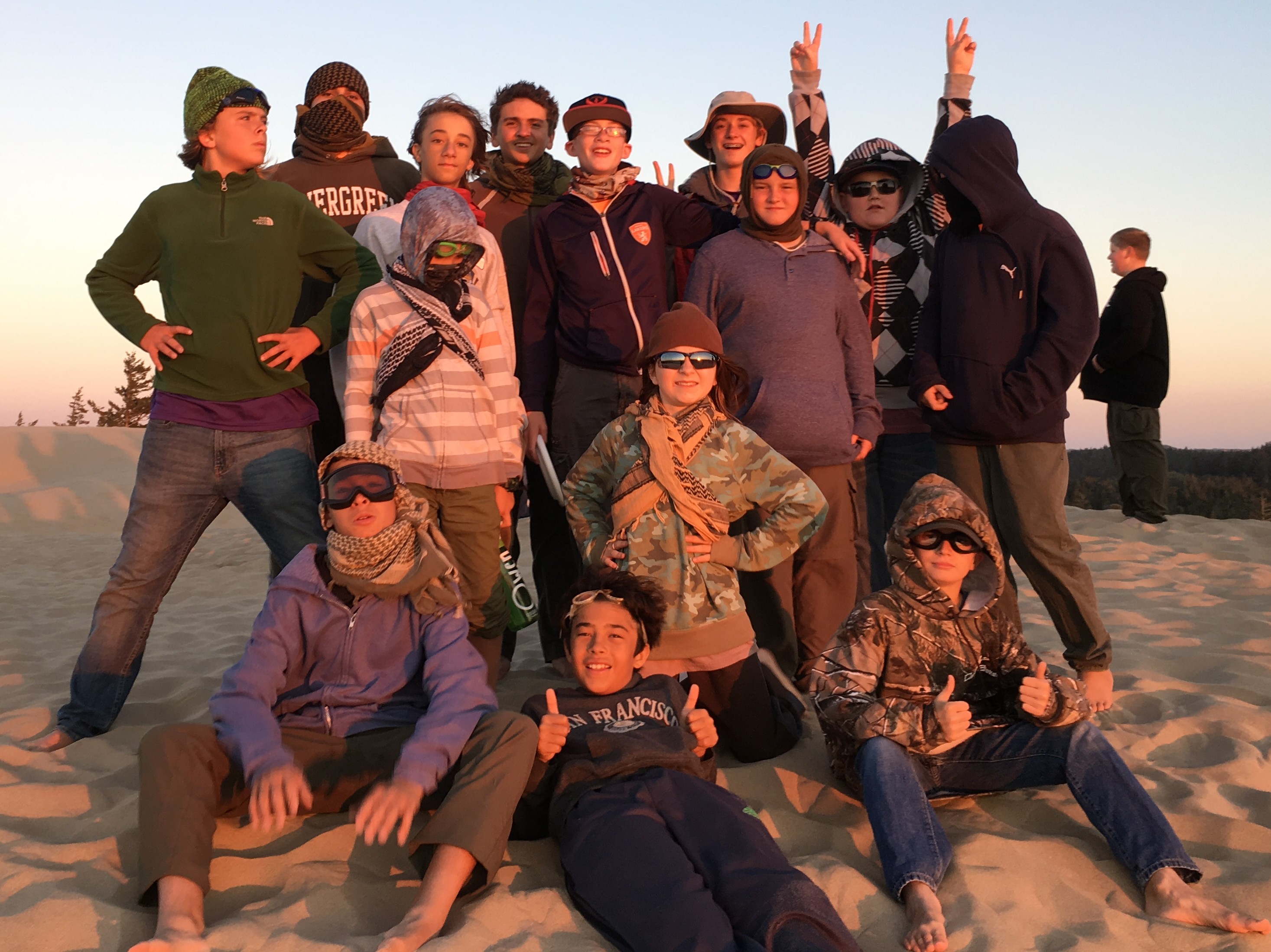 Scouts from Burbank’s Boy Scout Troop 201 held their quarterly Court of Honor on Wednesday night. The Scouts were recognized for their merit badge work over the summer. Many scouts also received Rank Advancements.

Troop 201 spent July 30 to August 6 at Camp Baker Boy Scout Camp in Florence, OR. The troop earned a total of 34 merit badges, twelve activity patches, and went on two additional overnight trips during the encampment.  Scoutmaster Nancy Durkee and Asst. Scoutmasters Mike Buchanan and Kirk Wheeler took 14 Scouts to the camp by train from Burbank.

Scouts earned badges for swimming, basketry, archery, rifle shooting, metalwork, canoeing and lifesaving. Scouts Theo Durkee and Kevin Morris earned the difficult Wilderness Survival Merit Badge that included building a natural shelter and sleeping in it overnight.  Scoutmaster Durkee had this to say, “While taking the train was an adventure, I also saw a lot of personal growth for these scouts.  Our young men are becoming the future leaders of our nation.  Their adventures instill confidence, competence and leadership.  I saw a stronger, tighter group return.”

Scouts Caden Dreyer, Brayden Armes, and Sako Kitsinian and Asst. Scoutmasters Meroujan Kitsinian and Ryan Dreyer were presented with the “50-Miler Award” for completing a 50-mile hike at the prestigious Philmont Scout Ranch in New Mexico over the summer. The group of five prepared for two years to make this challenging trip. They joined other groups of Boy Scouts from around the country for this backpack trek.

Scoutmaster Nancy Durkee was recognized for achieving 200 nights of camping with Troop 201.  Mrs. Durkee has served as the troop’s Scoutmaster for the past seven years.

The ceremony was followed by a potluck dinner with family and friends.

Troop 201 meets Wednesday nights at 7 p.m. at The Lighthouse at Magnolia Park UMC at 2828 W Magnolia Blvd. in Burbank.