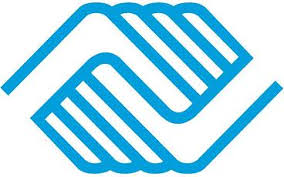 Success. Such a simple word. For some, it comes effortlessly. Others earn it but not without a struggle. The Boys & Girls Club of Burbank and Greater East Valley honored three of its supporters Saturday during its 18th annual gala and allowed those who have succeeded to tell their stories.

Guests packed the lobby of the Marriott Burbank Airport Ballroom, bidding on everything from trips to meals at restaurants in the silent auction during social hour. Dinner was followed by a live auction touting such prizes as a Maui vacation and a flight aboard a World War II AT-6 with the Condor Squadron. Although he wasn’t there to claim his prize, Al Shapiro will be ecstatic when someone calls and tells him he holds the winning ticket for the $10,000 cash prize!

It is the club’s mission to inspire and enable all young people to recognize their fill potential as productive, responsible and caring citizens. It accomplishes that goal by offering after-school programs at 17 sites in Burbank. The club serves 1,500 youngsters each day between ages 6 and 18. They engage in mentoring programs, homework assistance, technology, visual and performing arts, athletics and groups like Girl Scouts. There is also a Deaf and Hard of Hearing program and teen program.

The best part of the program is that with all the community support the club receives, no child is ever turned away from membership because their parents can’t afford it.

“The Gala is our biggest fundraising event of the year and assists us in providing 50% of our members with full or partial scholarships,” said Gala chairwoman Jami Rice.

Chief Executive Officer Shanna Warren told a story of a deaf boy who moved to Burbank from Mexico and when he came to the club, he learned American Sign Language to communicate with those at the club.

“It took a frightened little boy from a scared caterpillar to a social butterfly,” she said.

Another success story was told by the 2012 Youth of the Year Carlos Huerta. After heading down the wrong path, Carlos became a part of the Boys & Girls Club and turned his life around, he said. The Burroughs senior will start college in the fall and plans to major in business with his sights set on starting his own restaurant.
Keeping the proceedings rolling along was master of ceremonies Todd Newton, host of the Hub Network’s “Family Game Night.”

Nice touches throughout the evening were the instant photo booth, where guests donned feather boas and gold bead necklaces or shiny bow ties; thank you notes to each guest made by club members and the entertainment by the club’s Dance Team.

Two Burbank businesses and one individual were given special recognition during the evening.

Burrtec Waste Industries, a waste management company, has served the community for 50 years as experts in California regulation and legislation regarding recycling, refuse and the environment. They have been major supporters as well as worked on recycling projects with club members. Accepting the honor was Olivia Sanchez, municipal program manager.

Also honored was the International Brotherhood of Electrical Workers (IBEW) Local 18, Unit 50. When the Boys & Girls Club was starting 17 years ago in Burbank, Gus Corona, then Unit 50 chairman, served on the Boys & Girls Club board and helped to organize the donation of materials, manpower and use of equipment to transform the antiquated fire house into an after-school program for youngsters. Unit 50 continues its support of the club and other Burbank charitable groups.

Karen Volpei, a Realtor with the Keller Williams team, has been a longtime supporter of the club. When she decided to go into real estate, she chose Keller Williams because of its philosophy “Give Where You Live.” She says as a recipient of the honor, she represents all Realtors in town as so many are supporters of charitable organizations in Burbank.

She shares credit of her volunteer accomplishments with her husband Barry Gussow.

“Yes I am the organized one but he is very much the nicer one,” she said. “He is always there when I over commit and picks up the pieces to make sure that we get everything done.”