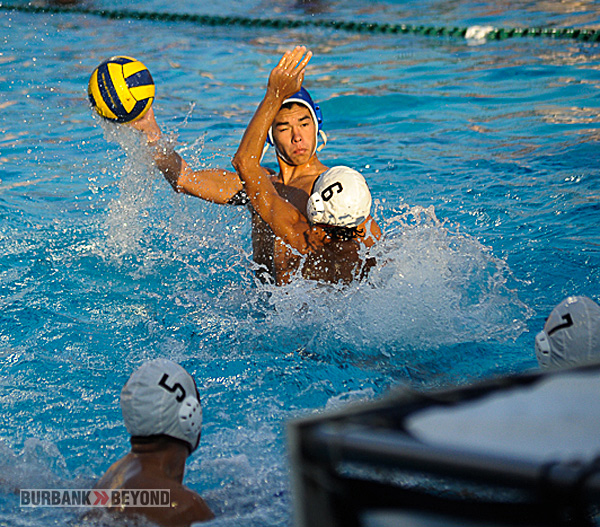 Burbank advanced to the second round of the CIF Division V boys water polo playoffs with a 14-10 victory at home against Arlington. The Bulldogs will play No. 2 seed La Serna on Saturday at 10 am at Burbank High.

Dante Nazarian led Burbank (14-7) with six goals as the Bulldogs jumped out to a 9-5 lead at halftime and never looked back. BHS is the second place representative from the Pacific League. They will have their hands full with La Serna, league champions from the Del Rio League.

Meanwhile, Burroughs season came to an end with a 12-5 loss on the road at Riverside Poly. The Indians won their wild card game a day earlier, 8-6, against Bonita. Trailing 4-3 at halftime, JBHS fell behind 9-5 after the third quarter and didn’t score in the fourth. Danny Maireno scored two goals to pace the Indians.

Burroughs (13-11) took fourth place in the Pacific League and advanced to the CIF Playoffs for the first time since 2006.