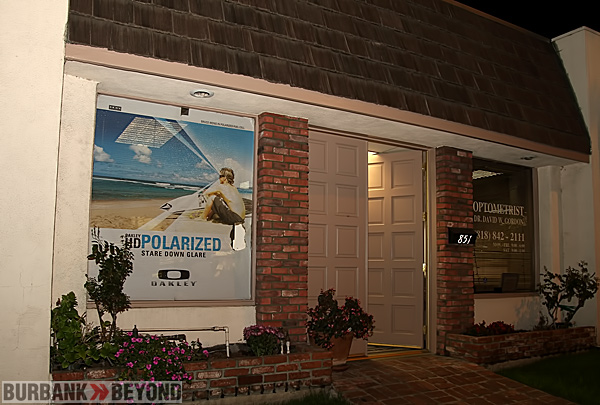 The front display window of Dr. David Gordan's office with a brick hole in the lower right corner. (Photo by Ross A. Benson)

A brick was thrown through the front window of the office Burbank City Councilman Dr. David Gordon, on Friday night.

Gordon and his teenage son were in the rear of the doctor’s optometry office located at 851 N. Hollywood Way around 10:15 p.m., when a brick came crashing though the plate glass window.  Apparently it sounded like someone had fired a bullet through the window, and Burbank Police officers responded with red lights and siren to the location.  The first officer was on scene within about one minute.

Officers determined that no shots had been fired, and that a brick had been thrown through the window.   A check of surveillance tapes showed what police described as a “heavy set” male walking south on Hollywood Way away from the location immediately after the brick was thown.   A search of the area failed to turn up the suspect.

Neither Dr. Gordon nor his son was injured in the incident.   Although there are displays of glasses frames adjacent to the window, but apparently nothing was taken.  Although there was some speculation that perhaps the vandalism was politically motivated, there was nothing to substantiate it.   Police did recover the brick and kept it along with video of the attack for evidence. 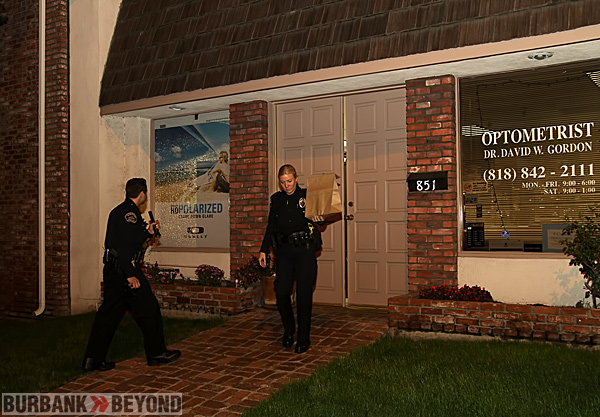 Burbank Police officer Sarah Brady takes the brick from from Dr. Gordon's office, in as evidence. (Photo by Ross A. Benson) 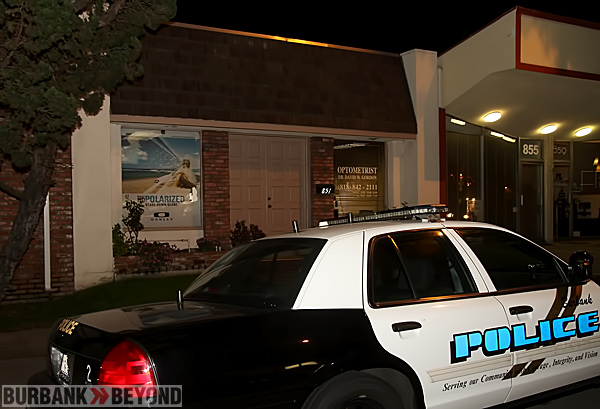