Motorists can expect inconvenience and possible delays in the Burbank area as Metro’s project contractor improves, widens and builds a sound wall at the bridge of State Route 134 at Bob Hope Drive.

During construction, portions of Bob Hope Drive will be closed where it crosses below the freeway between Warner Boulevard and Riverside Drive. Work includes installation of temporary support structures that will reduce clearance at the overpass. 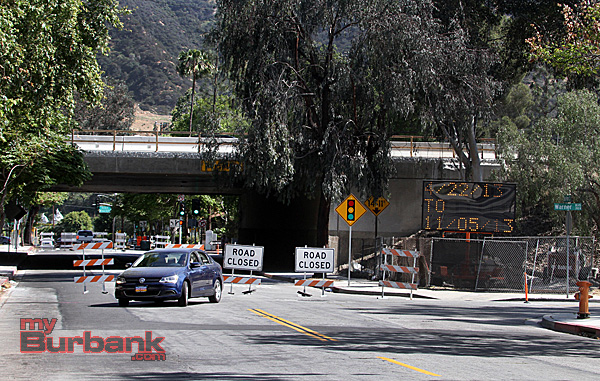 Don’t get caught in the DEAD END, Bob Hope Drive is no longer a through street at least not till November 5 2013. (Photo by Ross A. Benson)

A signed detour will be provided to direct traffic around the closure. In addition, eastbound State Route 134 motorists exiting Bob Hope Drive and wishing to access destinations north of State Route 134 will be detoured via Riverside Drive and Buena Vista Street.