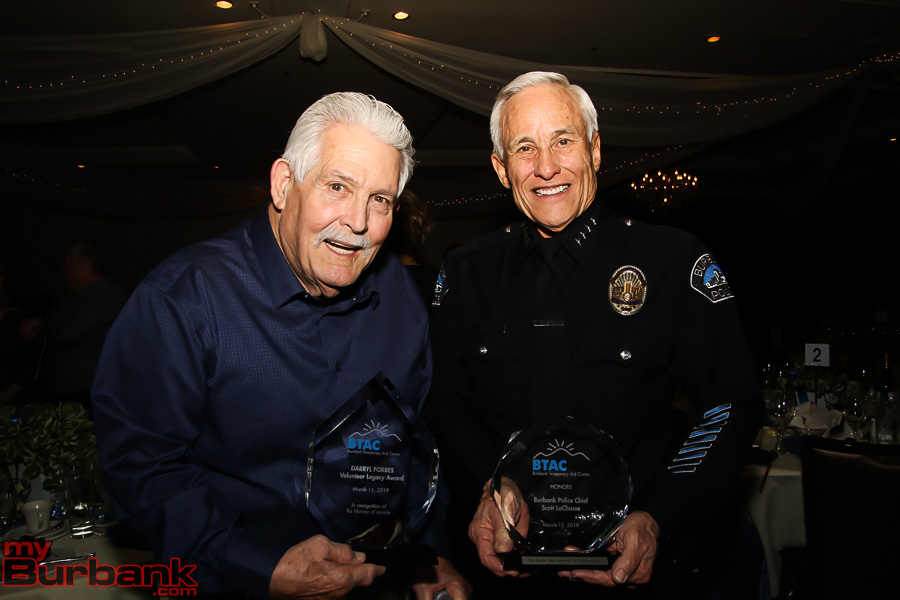 Burbank Temporary Aid ( BTAC) held their yearly gala at the Castaways Valley View Room with a capacity crowd in attendance on Friday, March 15.

The evening started with a silent auction, including Dodger Tickets and tickets for The Ellen Show.

BTAC celebrates their 45th year of serving the community of Burbank in 2019. The organization received a certificate from State Senator Anthony Portantino.

For several years now, LaChasse and his command staff each make a $500 donation toward  BTAC’s Thanksgiving fund, which ensures all the clients of BTAC receive a frozen turkey and all the fixings for the holiday. Burbank Police Officers Association has joined the command staff with matching donations.

Forbes, a Burbank resident, is a former firefighter, Engineer, Captain, Battalion Chief, and when he retired in 2000 was the City’s Fire Marshall. Forbes started helping  BTAC back in 1974. He served on the Board of Directors from 1999 to 2018 and was instrumental in fundraising forBTAC’s newest home on Burbank Boulevard.

The evening was emceed by KNBC/Comcast News Anchor and Investigative Reporter Lolita Lopez.

Here is a gallery of pictures from the evening: (Click on an image to see it larger)