This year the two teams led by their fantastic coaches shared the league title in fitting fashion. Both squads reached the second round of the CIF Division 3 Playoffs only to suffer heartbreaking defeats in the same manner (walk-off) and by the same score (4-3). 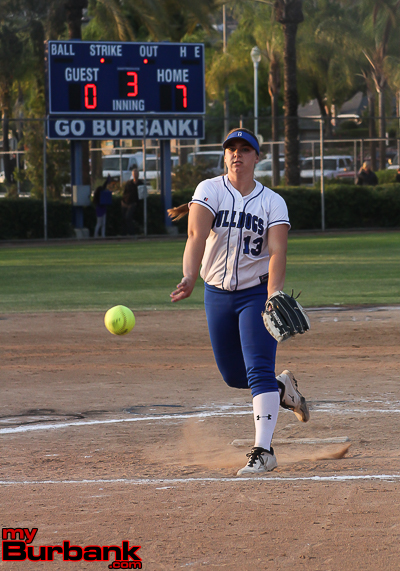 One defeat won’t define their season but rather a season of success including 23 wins by Burroughs and 21 victories by Burbank. In the end, 14 players (seven from each school) were recently recognized for their outstanding play in the Pacific League.

Leading the way one final time is the University of Notre Dame-bound pitcher Caitlyn Brooks of Burbank. For the third consecutive year, Brooks was named the Pacific League Player of the Year.

It’s going to be fun to see Brooks next in an Irish uniform mowing down batters in the Atlantic Coast Conference. From one Notre Dame alum to a future one- “Go Irish!” 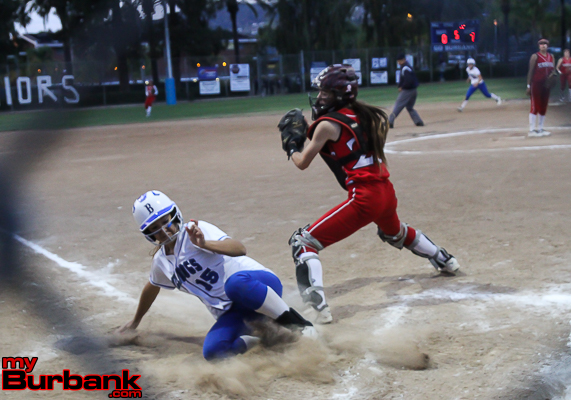 Joining Brooks on First Team from Burbank are Lily Winn, Bridgette Pisa and Isabel Frias. Winn hit .426 for her career and struck out only 16 times in her four-year varsity career. She hit .390 and played solid defense committing just two errors all season.

Pisa hit .370 for her four-year varsity career and was an excellent catcher and student of the game according to Burbank coach Mike Delaney. She hit .373 this year and had a fielding percentage of .992.

Frias, a junior, really blossomed as a player this spring hitting .417.

Jazmin Orozco (.320 avg.) and Julia Duarte (.365 avg.) were named to the Second Team. Duarte has committed to Penn University. She committed only two errors in 121 chances. 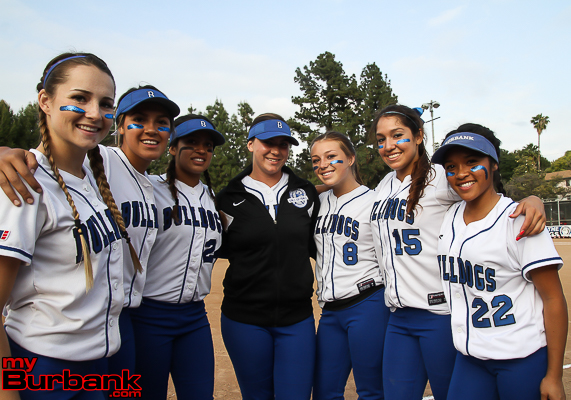 Okimoto, a junior who recently committed to Brown University, was the team’s best clutch hitter this year. She led the team in batting average at .489 and was second in hits with 34. Her reliable defense at shortstop helped fortify the infield. 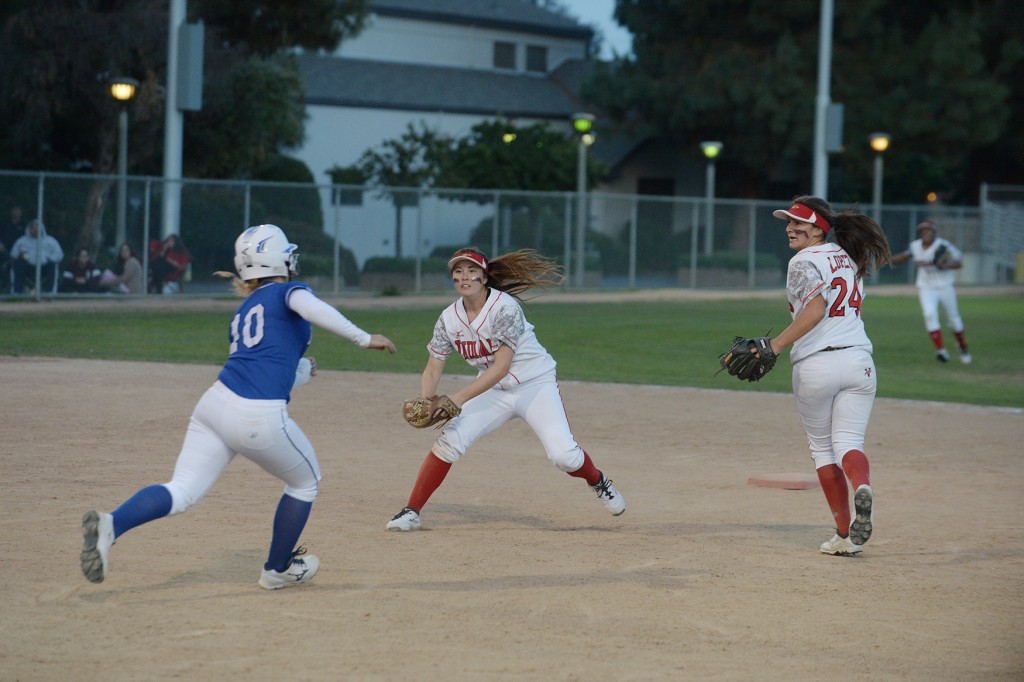 Santiago ended her sterling career as a four-time Pacific League first-team honoree. She led the team this season in home runs (five) and was second in RBIs with 22. Santiago batted lead-off and set the tone each game for JBHS. She will play at Saint Peter’s University next season.

Miraglia, a freshman, finished with a 20-4 record with 119 strikeouts and led the team in RBIs with 24. She split her two head-to-head matchups with Brooks this year. Look for Miraglia to be the next great pitcher from the Pacific League. 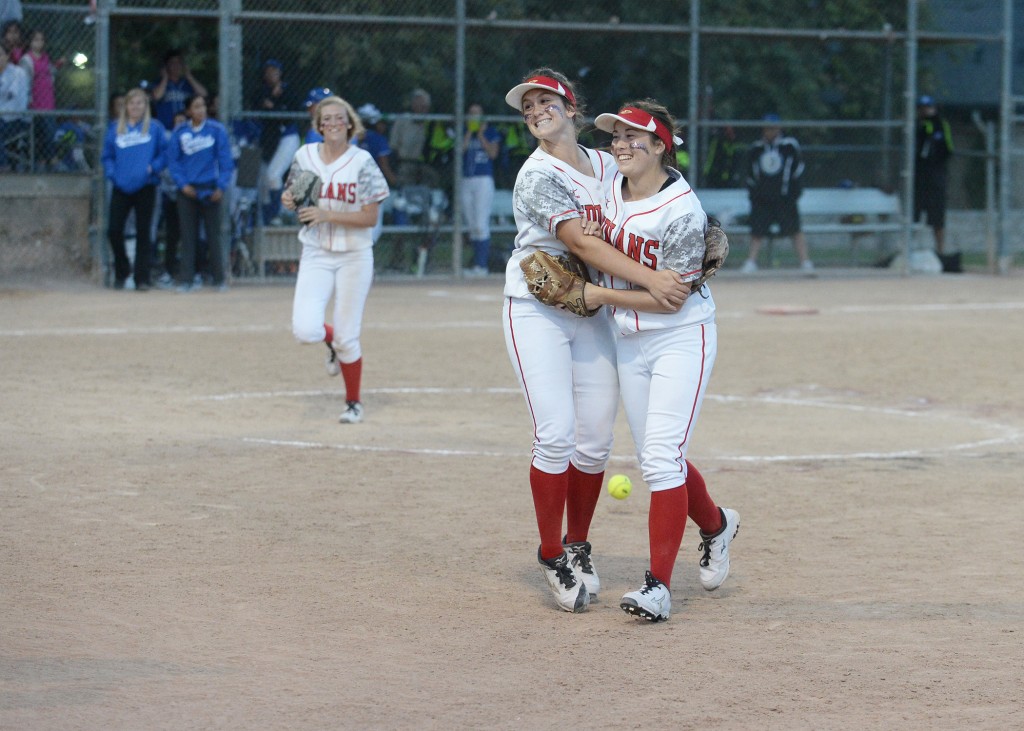 Representing Burroughs on the second team were Delaney Nicol, Kailanie Oasay and Brianna Johnson. Nicol, a two-time All-League selection who will be playing for Hamilton College next year, led the team in hits (35) and runs (27) while batting .427 this season. Defensively, she was also a standout as she made only two errors in her four-year career at Burroughs.

Oasay batted .459 and played solid defense all year.  Johnson had the game-winning hit versus Burbank to give Burroughs a share of the league title. She hit .605 and scored 19 runs in a splendid sophomore campaign.

Tori Talavera was named honorable-mention for the Indians.

“This season was very satisfying. With a freshman starting pitcher and other young players at key positions we were not looked on as a league title contender,” Burroughs coach Doug Nicol said. “We thought we were, but not many others did. This team did that and more, as they brought another league title to JBHS. We are proud of that.” 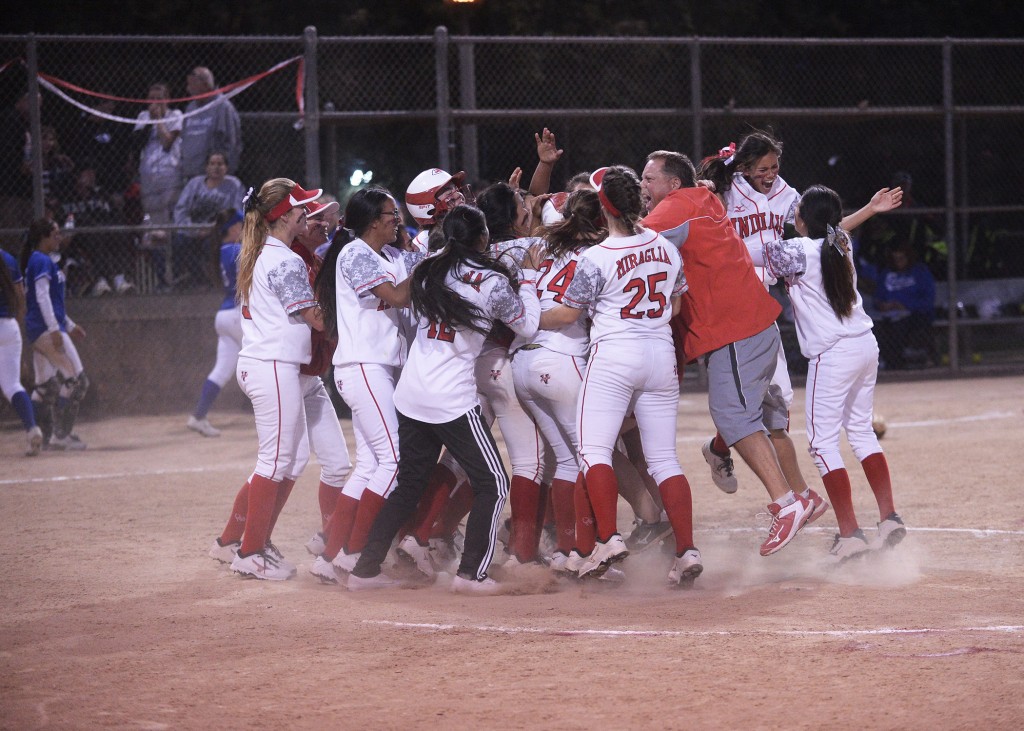