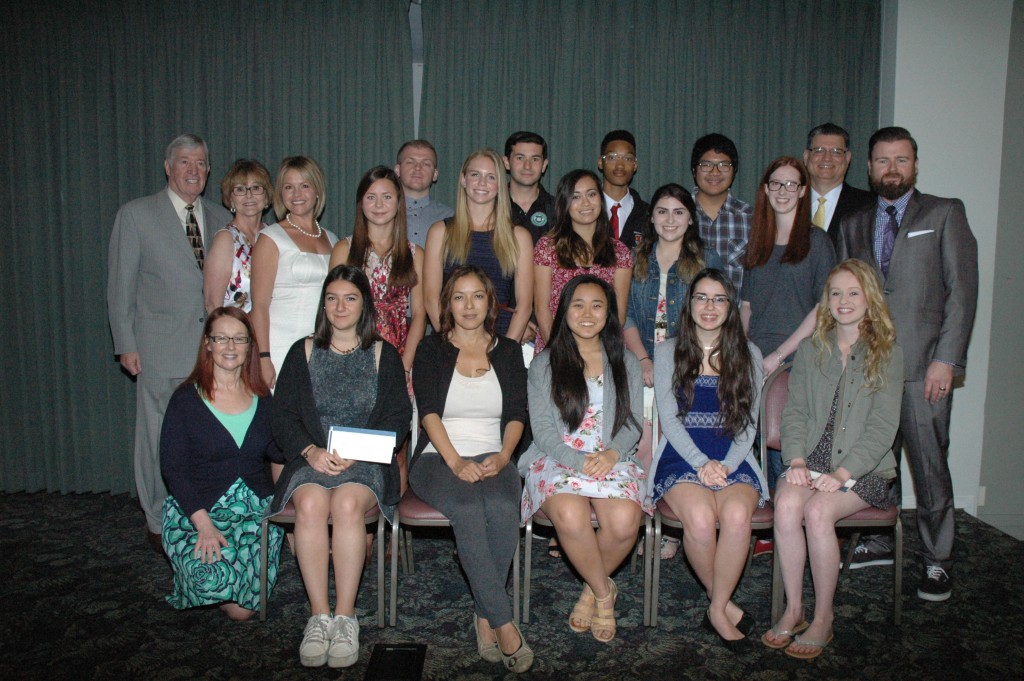 Included in that total were scholarships provided by longtime association member Ray Adams and his wife, Bonnie. Those scholarships were presented to students Francesca Florindez and Robert Ristine. Adams also granted an additional scholarship to college student Kevin Zhang who received a financial gift last year.

The Realtors foundation raised the funds at its annual auction held in September and numerous other fundraisers throughout the year, said scholarship committee co-chair Marion Chase.

“It’s heartwarming to influence these young adults’ lives,” Chase said. “They have proven themselves in high school by their scholastic grades and their commitment to community service. We get more applicants than we can provide for and its heart-wrenching not to be able to give to all who apply. This all would not be possible without the fundraising efforts of the Burbank Assn. of Realtors and its foundation.”

Scholarship recipient Julia Newton of Burbank High School struggled with a speech impediment early in life but having a wonderful therapist has inspired her to follow a career path in speech and language pathology. She has logged 300 hours of community service participating in the Hoof & Woof Walk and Operation Christmas Child, and her family has rescued 17 dogs. At Burbank High she has earned a 3.9 GPA.

Francesca Florindez of John Burroughs High School and her family are facing a challenge following the passing of her father. Her mother is raising Francesca and her two sisters alone. Francesca has a 4.02 GPA, holds membership in many campus clubs and is a volunteer soccer coach. She wants to become an advocate or educator.

Roger Rochart of Providence High School is being raised by his grandfather and hopes to become a doctor like his grandfather. Roger has a 3.9 GPA, plays the piano and volunteers time to Providence St. Joseph Medical Center and the Burbank parks department. 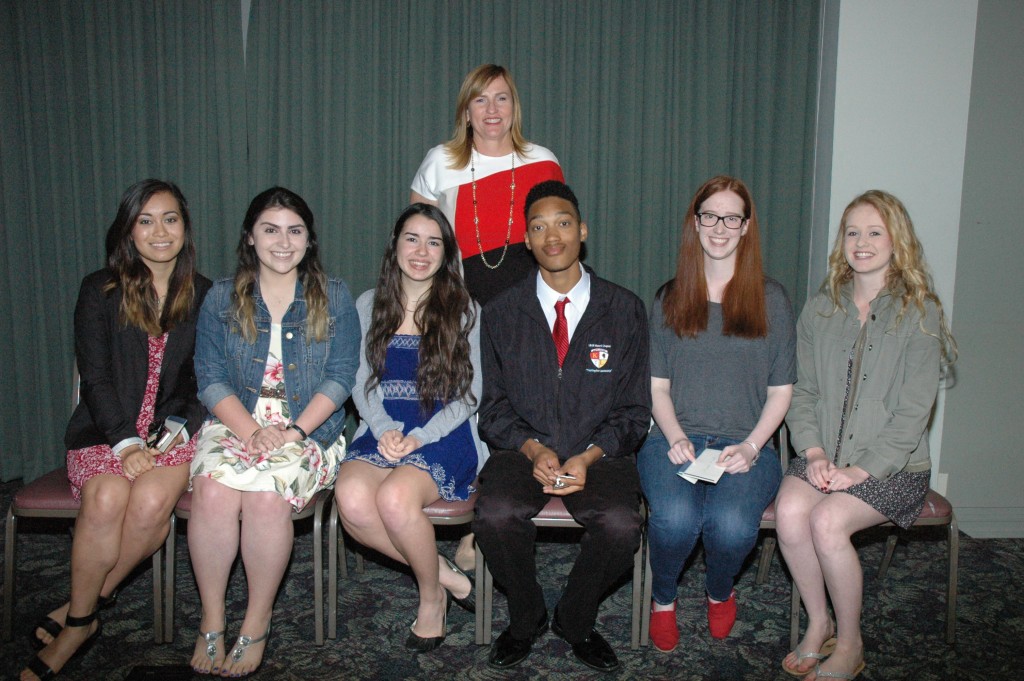 Lili Hooshivar of Burroughs has a 4.63 GPA and is #1 in her class of 597. She is a member of many school clubs and has received many awards for achievement. She has volunteered throughout her school years. She desires to work in the field of neuroscience.

Elizabeth Gunn of Burroughs High School has a 4.6 GPA and is second in her class of 597. She is a member and officer of many clubs at school. She performs volunteer hours at her church and for the Burbank parks department. She has been accepted to USC and hopes to become a sports broadcaster.

Davonte Matthews of Burroughs has a 4.03 GPA. He is a high achiever, likes acting, poetry and volunteers in a mentorship program at the Burbank Community YMCA. He has been accepted to UC San Francisco and he hopes to work at Jet Propulsion Laboratory.

Hannah Mersch of Burroughs has a 4.1 GPA. She volunteers at her church and Burbank Temporary Aid Center. She is a member of the girls volleyball team and many school clubs. She will attend Rivendell Sanctuary in Minnesota with hopes of becoming an elementary teacher, possibly in special education.

Madeline Aragon of Burroughs High School has a 4.0 GPA and is active in school clubs where she holds several officer positions. Her career goal is to work with a government agency promoting equality. 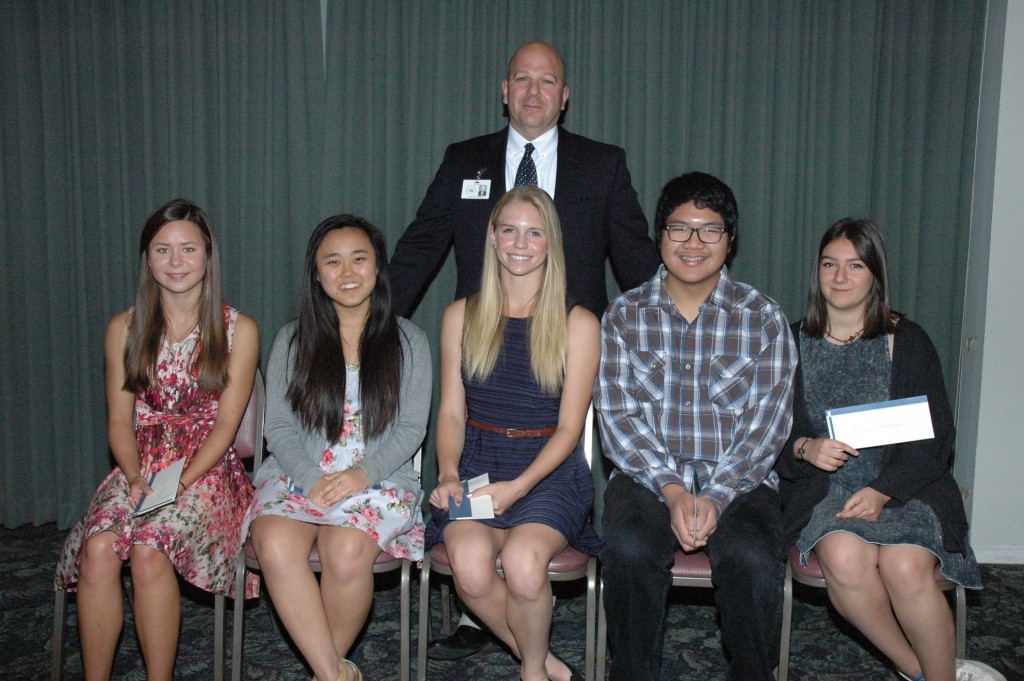 Manny Ilasco of Burbank High School has a 4.6 GPA and is #1 in his class of 659 students. He is a member of many school clubs including Key Club and the National Honor Society and volunteers for such school activities as cleaning the beaches and making sandwiches for the homeless. He would like to follow a career in physics.

Candace Kim of Burbank High School has a 4.5 GPA, and is fourth in her class of 659. She worked with children at the Boys & Girls Club of Burbank and Greater East Valley, which has been the impetus for her decision to become a pediatrician. She has volunteered hundreds of hours with the Burbank High School Key Club and for Providence St. Joseph Medical Center.

Madigan Roll of Burbank High has a 4.28 GPA. She is a competitive swimmer and has volunteered many hours to Special Olympics in the swimming division. She is still deciding on a career choice. 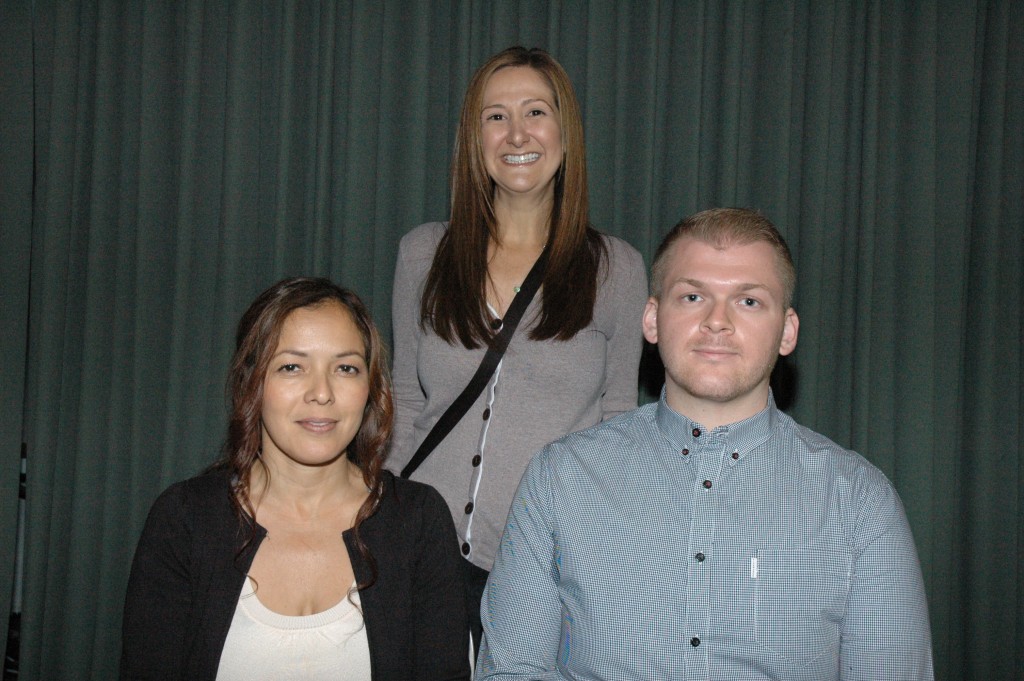 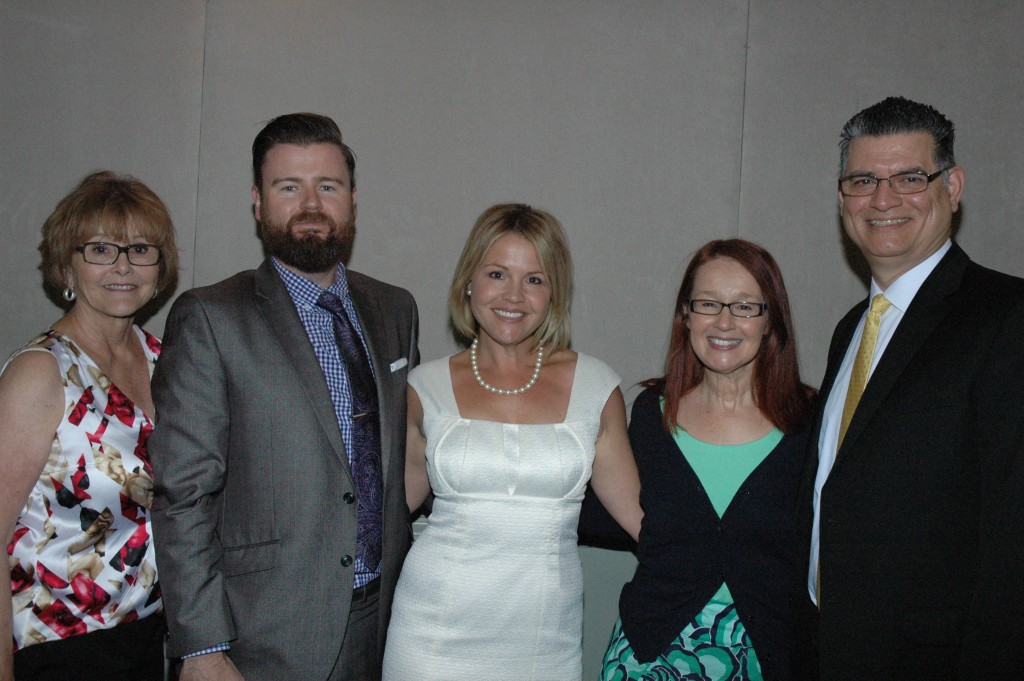