On Thursday, December 5, the Burbank Association of Realtors (BAOR) held their annual holiday luncheon, party and installation of new officials at Lakeside Golf Club. Businessman and Consultant Ray Adams was on hand to install the new Board of Directors. Attendees all brought new, unwrapped toys to be donated to the Burbank Temporary Aid Center “Santa’s Room.” 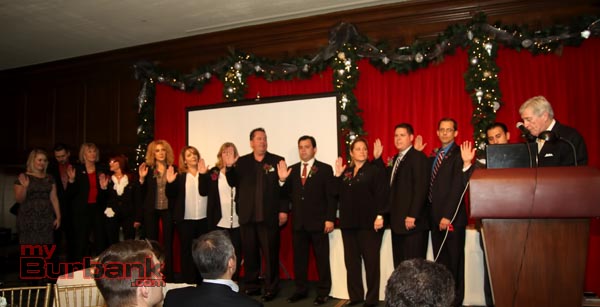 Incoming Burbank Association of Realtors as they take the oath of office. (Photo by Ross A. Benson)

Julian Munoz, of Oak Tree Realty, was installed as the 2014 President of BAOR by his daughter Christina Munoz. “I never could have imagined, when I first started doing Real Estate, that I could end up as president of this wonderful association, since I consider myself a shy and private person by nature,” Mr. Munoz said after the event.

“The mission values of service to the profession of real estate, home ownership rights and community service were the attractions for me to get involved and I hope to be able to live up to the expectation of excellence that this association deserves,” continued Mr. Munoz. “I am very grateful for the opportunity to serve and hope I can make a positive impact on our great community.” 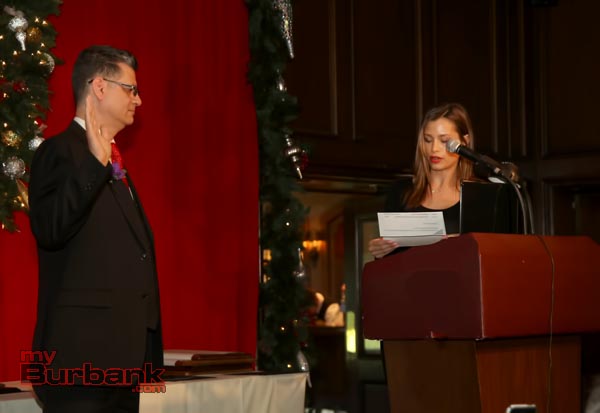 Incoming President Julian Munoz takes the oath of office from his daughter Christina. (Photo by Ross A. Benson)

Several awards were presented as well, including Realtor of the Year to Chris Rizzotti of Rizzotti Realty. The Lifetime Achievement Award went to Mario Iacobellis of Dilbeck Realty.

“What I am most proud of is to call myself a Burbank Realtor. I know of no other group of Realtors who care more about their city, their clients and their fellow Realtors than the group I stand before today,” commented outgoing 2013 President Eric Benz, of Dilbeck Realtors, in remarks to the gathering. “You are a very special group and you are the reason this is such an amazing organization.” 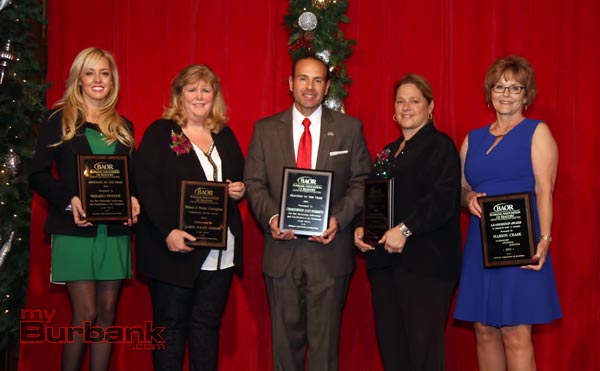 Incoming Burbank Association of Realtors as they take the oath of office. (Photo by Ross A. Benson)

Incoming President Julian Munoz takes the oath of office from his daughter Christina. (Photo by Ross A. Benson)

Affiliate of the Year: Melissa Misner