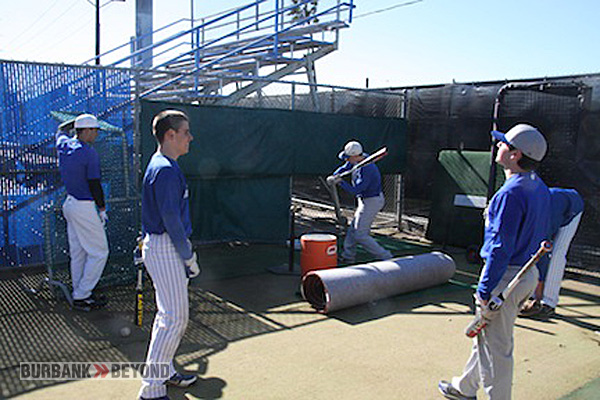 Burbank at work during practice (Photo by Dick Dornan) 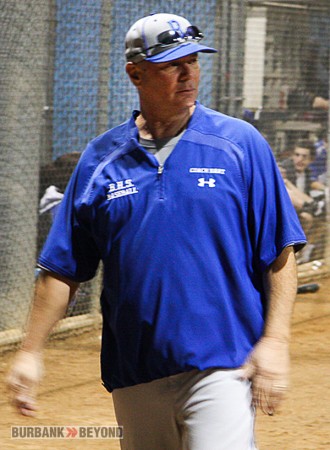 Experience is invaluable to the makeup of a high school athletic team. For the Burbank Bulldogs, experience will serve as the backbone for a team with high expectations. This season’s edition of the blue and white has put the pedal to the medal with an intense off-season training regiment from June till the present.

Championship aspirations are at the forefront with 15 seniors and 11 returning lettermen comprising the 19-player roster.

“We have a good group of guys who work hard. I think we are ahead of the game,” Burbank Coach Bob Hart said. “I anticipate competing for a league title and nothing less. It will be a very competitive league down to the wire. We need to come out strong and establish ourselves. We need to take control of games, send a message early and expect to win.”

Burbank hasn’t won a league title since 1991. Pacific League teams such as defending champion Crescenta Valley, Arcadia and Burroughs will provide the toughest obstacles on the Bulldogs’ quest to finally break through. Last season BHS went 13-10 and 10-4 in league (second place) but were knocked out in the first round of the CIF Division II playoffs. 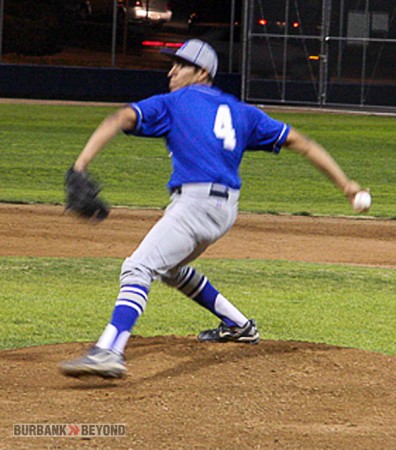 Replacing All-league pitchers Daniel Starkand and Andrew Hernandez as well as battery mate Paul Frias behind the plate will be the top priorities for Burbank in 2013.

Angel Villagran has emerged as the ace of the Bulldogs staff. Villagran evolved into a “complete pitcher” during the off-season according to Hart. Filling out the rest of the staff will be Shaun Troy and Gavin Bushey who are competing for the second spot in the rotation as well as Martin Silva and Joey Bogenschutz.

Catcher Hector Rodriguez has the challenging task of filling in the shoes for Frias who now starts for Fullerton College. Hart refers to Rodriguez as the team’s “most consistent hitter” and a player capable of having a breakout season.

Aside from pitching and catching, Burbank returns an infield and outfield that will rival most teams in the league. Leading the way will be shortstop and four-year starter, Dylan Mersola. 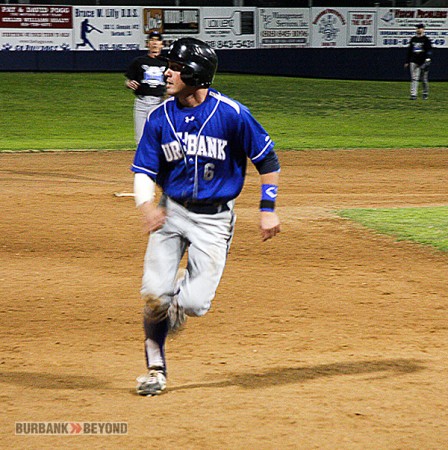 “I’m really excited. We have a lot of seniors. Everyone gets along well, our chemistry is great and we are all working hard,” said Mersola, a first-team All-League selection last year. “I want to win league. We haven’t in a long time. Our program has really stepped up since my freshman year. I’m ready to go.”

Mersola’s infield partner at second base will either be Nate Zavala or Chris Okimoto. At the corners will be first baseman Harrison Hernandez who batted .380 a year ago and third baseman John White.

White has overcome his share of injuries that took away his sophomore and junior seasons on the varsity. To his credit, he prevailed and became a better player as a result.

Lacing up his cleats and being back on the diamond has White smiling from ear to ear. 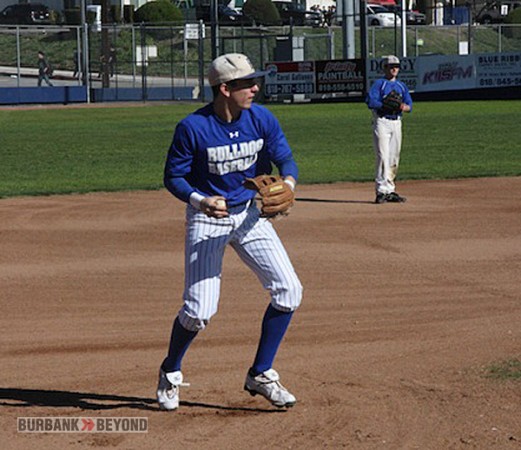 “It’s everything to me. I get emotional just thinking about it,” White said. “I’ve never played a season healthy since eighth grade. It’s going to be a fun experience and I wouldn’t want to spend it with any other team.”

Patrolling the outfield will be centerfielder Ricky Perez, a three-year starter who can play anywhere on the field as needed. He is in contention to be the team’s closer on the mound.

“I’m a utility guy. If they need me to play a certain position, I’m willing to play the position as long as it helps the team win,” said Perez, a second-team All-League honoree in 2012. “We have a chance to win league this year and go far in the playoffs as well.”

“What will separate us from first place and third or fourth place is if the guys bring it every game,” said Hart, who begins his ninth year at the helm. “If we bring it and the focus is there, I like our chances.” 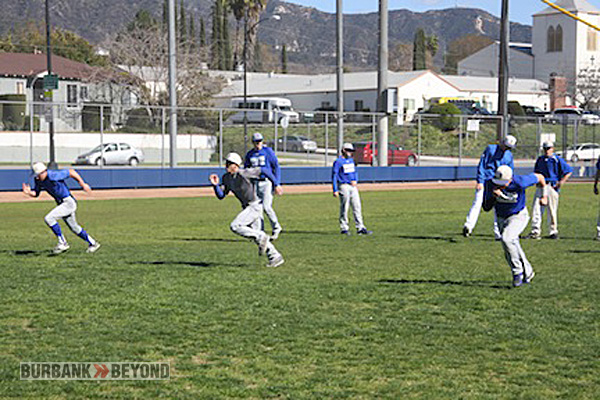 Burbank begins its season on Saturday, Feb. 23, at home against Saugus at 11 a.m. as part of the Easton Tournament. The Bulldogs will then travel to highly-regarded Simi Valley on Tuesday, Feb. 26, at 3 p.m.

Pacific League action begins on March 15 against Hoover at BHS at 3:30 p.m.

During Spring Break, the Bulldogs will fly to Tuscon, Arizona to partake in the “Lancer Baseball Classic” hosted by Sal Pointe High School from March 18 – 22.

“It’s always exciting opening day. I always look forward to that day,” Hart said. “The smell of grass and all the clichés. It’s a good thing.”