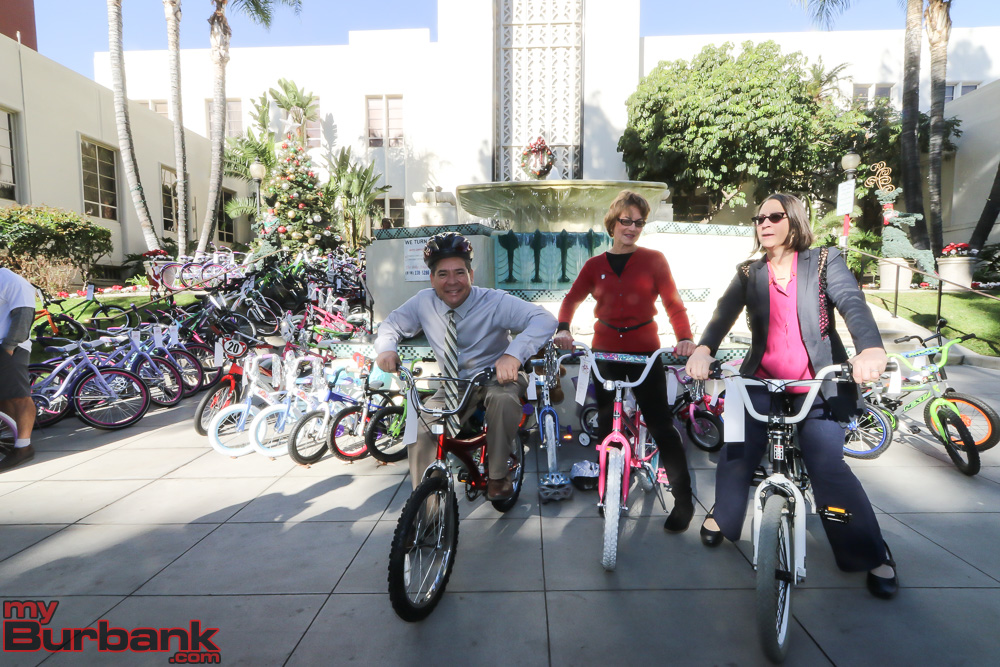 The bikes were set along the steps of City Hall and were distributed in just in time for the holiday season. The bikes were distributed through local non-profit organizations, such as the Boys and Girls Club, Family Service Agency, the Salvation Army, and Penny Lane. Having done this for nine years now, the Burbank Bike Angels estimate that they have restored over 1,500 bikes.

In attendance for the event were the Burbank Bike Angels’ director, volunteers, Assemblymember Laura Friedman, Burbank City Council Members, the City Manager, and representatives from the Salvation Army.

The bikes are gathered throughout the year in various conditions. Upon receiving the bike, community members, volunteers, and those associated with the program spend months cleaning, repairing, and getting each bike into a condition that makes the bike new again.

If you are interested in donating a bike, you can call (818)-238-3900, or you can drop it off Monday through Friday at the Burbank Recycling Center at 500 S. Flower Street.

If you are interested volunteering to repair bikes, you are encouraged to call (818) 238-5286, or simply attend one of the work days, which are scheduled for Wednesdays and Saturdays during the months of September through December.

To make a monetary donation, which will go directly toward the purchasing of parts, please call (818) 238-5286.