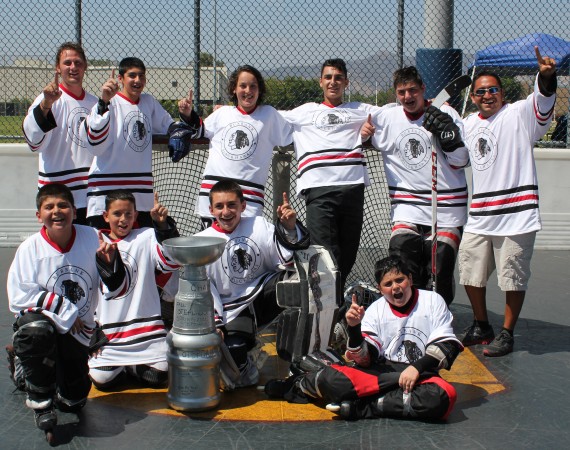 (Photo gallery at the end of this article)

Because of the demand from the local community that continues to grow every season in the Burbank RollerKings program, a youth travel program called the Burbank Blackhawks was recently created and will play against other rinks from the surrounding area. 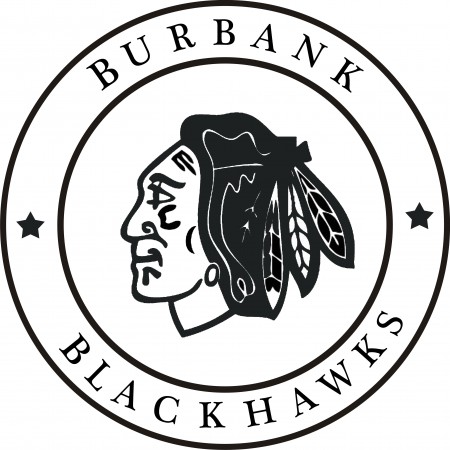 Two weekends ago the Burbank Blackhawks hosted a tournament for the 10U division and a 14U division. Teams came from all over to Burbank such as the Lancaster Sidewinders, Calabasas Blades and Santa Barbara Thunderbirds. This is only the second tournament the kids had played in.

The Burbank Blackhawks played in their first tournament last month and the 10U team won the title. This time, at Burbank’s home rink, the 14U kids won the championship.

“The day went great. We started up at 8 a.m. and the kids were ready to go. All the teams were very even in skill and they were all skating as hard as they could. By the end of the day both of our teams were facing elimination. They both had to win to get into the playoffs. 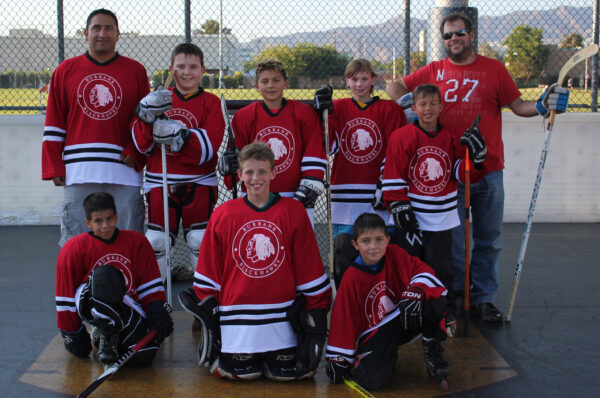 “The 10U team was tied with less than two minutes left. They needed a win to have any chance to get into the playoffs. If they tied or lost they were out. Coach Joe Ballesteros used some strategy and pulled his goalie. The kids responded with a huge goal to win the game, 3-2. This resulted in a three-way-tie. It went down to the fifth tie breaker and the 10U team was eliminated. It was very exciting. We were very proud of how hard the kids worked.

“In the 10U championship game, the Lancaster Sidewinders beat Calabasas 3-2 in overtime. 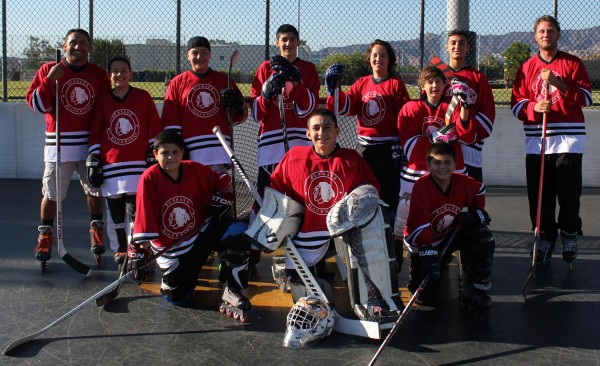 “The 14U team was in the same boat. They came out and scored the first goal. Santa Barbara scored the next two. Burbank coach Chris Whiteman kept telling the kids not to panic and to play hard. It paid off big. The kids scored the next four goals and shut out Santa Barbara the rest of the way to get into the playoffs.

“They made it to the championship game against Calabasas where they continued to roll. It was 0-0 after the first period. The team had to kill off a two man penalty for two minutes. In the final period the defense stayed tight and the offense took over scoring three unanswered goals to win 3-0. The goalie earned a shut-out in the championship game. The kids were pumped!”

HockeyGiant came out to the rink to give away prizes to the top scorers and goalies during the games. A fun skills contest was held after the championship games and more prizes were given away to the fastest skater and best trick shot.

The City of Burbank allowed this program to start up just three short years ago. After taking over a rink that was dead and being considered for other uses or being torn out, the rink is now open daily with games being played night and day seven days a week, all year around. The interest has been huge.

Kids begin as young as four years old in the “Learn to Play” program and go up to 17-years-old in several different divisions. The in-house youth program continues to grow every season and there are hopes to add another division again this upcoming fall season beginning in September. The support of the City Council, the local schools, and Burbank community has had a major positive affect upon the success of the roller hockey program.

For more information, please visit www.BurbankRollerHockey.com and to view photos go under the photos link.