The Burbank High boys’ basketball team knew before the start of its second round CIF Southern Section playoff contest against visiting La Sierra that it would be playing at home in the quarterfinals if it prevailed against the visiting Eagles. 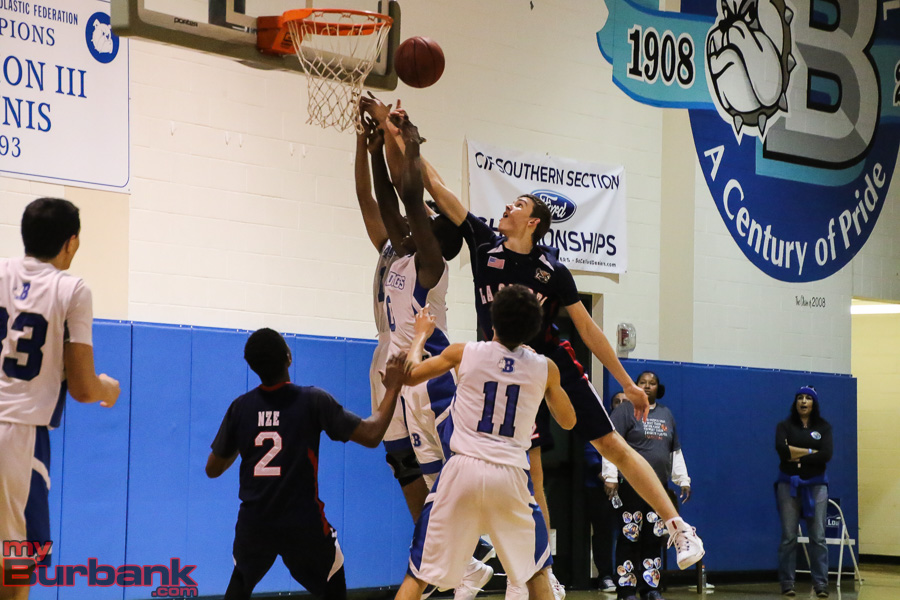 That news of winning a pair of coin flips was well taken by the Bulldogs, who then proceed to defeat La Sierra 58-48 in a Division 3AA contest.

Burbank will host second-seeded Crean Lutheran of Irvine Tuesday in the quarterfinals.

“Once he said we have a home game Tuesday we were really motivated,” Burbank star Michael Woods said of coach Jamayne Potts. “We want to keep on going. I feel like everyone is having fun.” 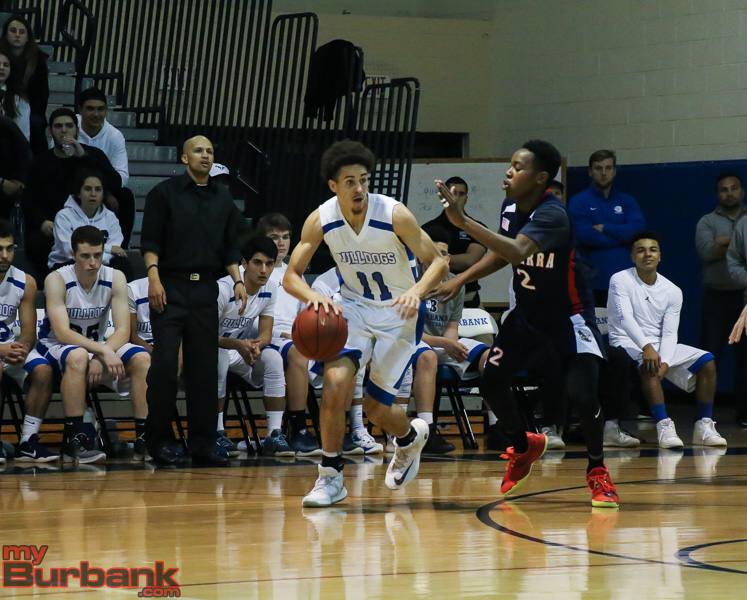 Woods, who had a game-high 23 points, said his team has also drawn motivation from seeing the football team advance to a CIF championship game in the fall.

“I’ve got best friends on the football team,” Woods said. “We saw what it (success) brought to the city. They were disappointed in the end, but we don’t want to have the same (ending).”

When Burbank (21-8) went to a zone defense, it seemed to bother La Sierra. The Eagles at times tried to full press the Bulldogs. However, Burbank did a good job of taking care of the ball and it resulted in some transition baskets. 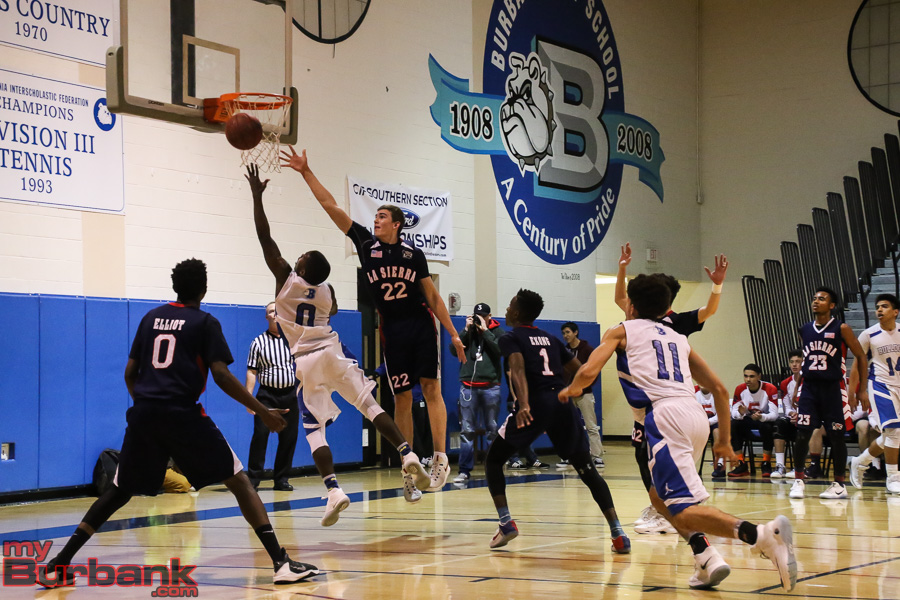 “We said if we take care of the basketball we’ll win the game,” Potts said. “We were in single digits in turnovers.”

Potts also credited playing at home in helping his team.

“Overall it was a great team win,” he said. “We had great support from our student body and community and it makes a difference. We’re happy we’re going to be home on Tuesday.”

Burbank led 28-27 at halftime and never led by more than four points in the third quarter until a basket by Faraz Khandaker with 20 seconds left made it 44-39. 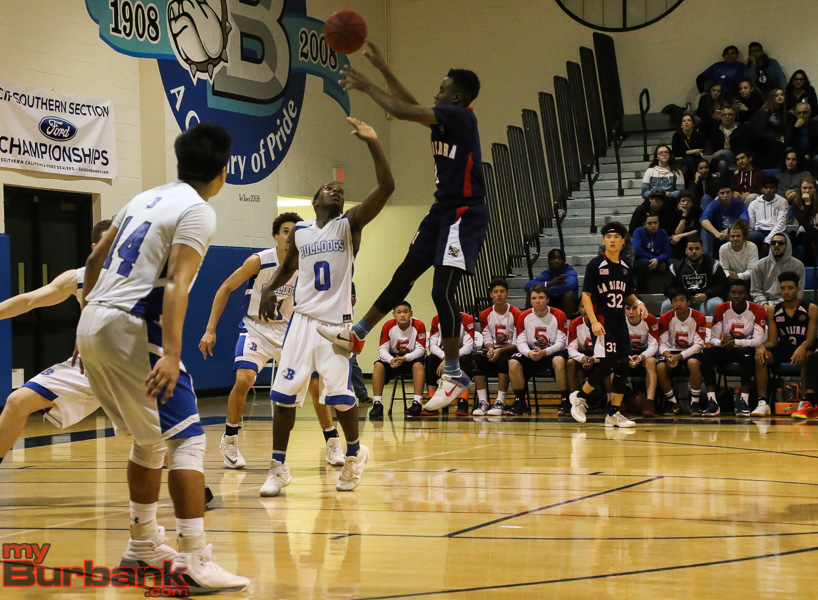 But that was the last point La Sierra would score.

Woods’ behind the back pass and subsequent basket by Khandaker with 1:21 gave Burbank a 54-48 lead.

Khandaker finished with 13 points and Abdullah Kobaissi had 12. Cameron Sweeten had four points and Thomas Clark and Ben Chavez each had three.