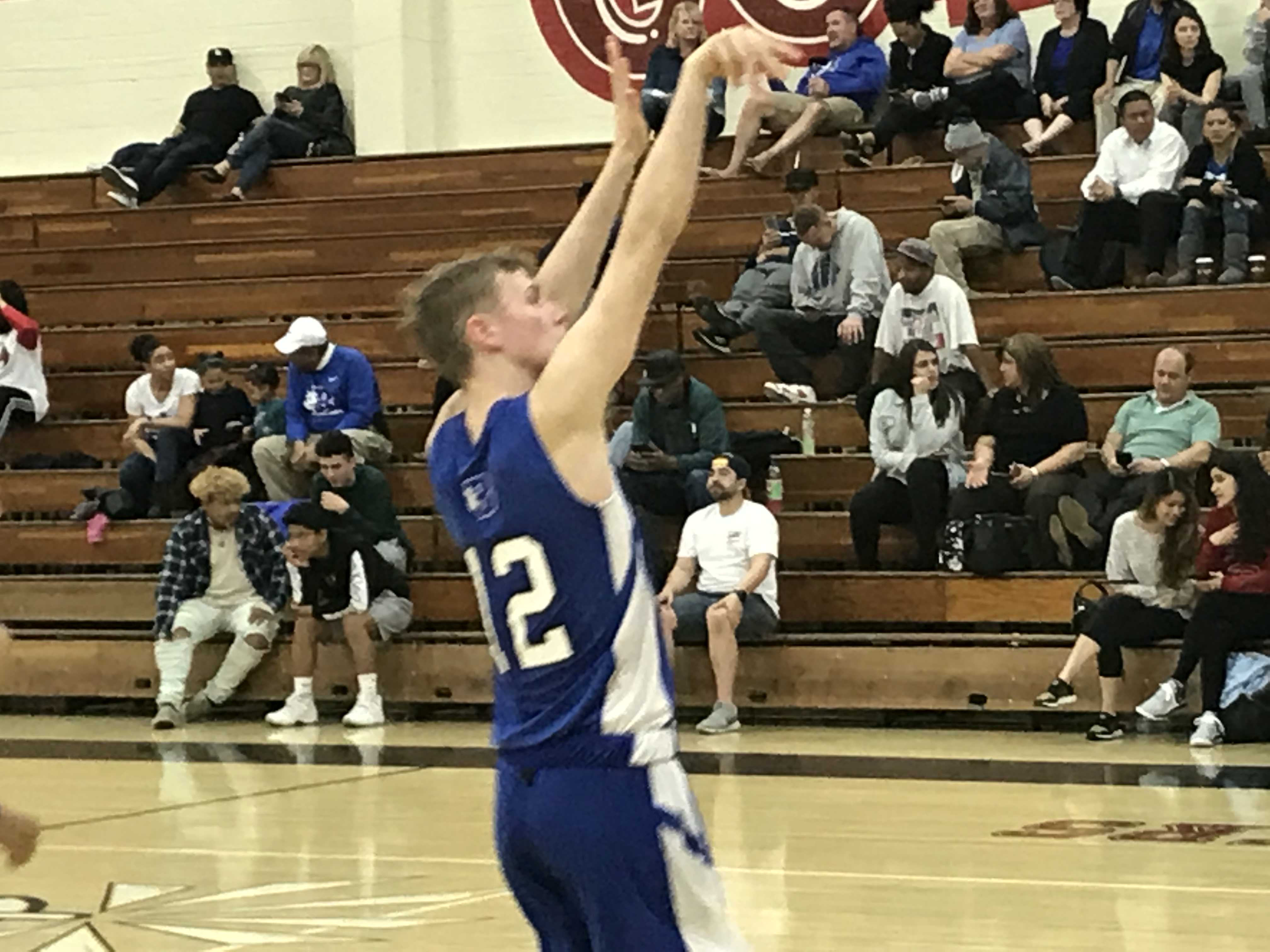 It took the Burbank High boys’ basketball team a long time to get into the rhythm it is accustomed to on Friday night when the Bulldogs visited Glendale High.

Burbank’s slump lasted so long that it was unable to dig itself out of a big hole in a 65-57 Pacific League defeat.

“I thought Glendale outworked us on the defensive glass and got a lot of second-chance opportunities. Glendale played harder than us for I’d say 28 minutes of the game,” Burbank coach Jamayne Potts said.

The Bulldogs went on a quick 10-2 run and had a legitimate chance at getting back into the game being down just 56-50 with 2:21 to play after a three-pointer from Chance Van Hook.

“We were desperate and desperate teams are dangerous. They came back,” Potts said of his team. “We’re never going to go away. It’s good to know the fight is with this group.”

“In the first half we struggled offensively. One of the reasons for that is because Tyrese (Willis) went out because of foul trouble,” Potts said. “All the credit to Glendale. They played hard and deserved to win this game.”

Burbank trailed 9-8 at the end of the first quarter and 26-17 at halftime. Glendale led 41-32 going into the final period.

Willis scored all of his team-high 17 points in the second half.

Van Hook finished with 12 points, all of which came in the fourth quarter.

The Bulldogs got 11 points each from Erik Harutyunyan and Sevak Mkrtchyan.

Angel Ibarra had four points and Jalen Clark had two points for Burbank.