For three quarters the Burbank High boys’ basketball team executed arguably as well as it has all season in facing visiting Immanuel of Reedley Tuesday night in the CIF State Division 4 quarterfinals. 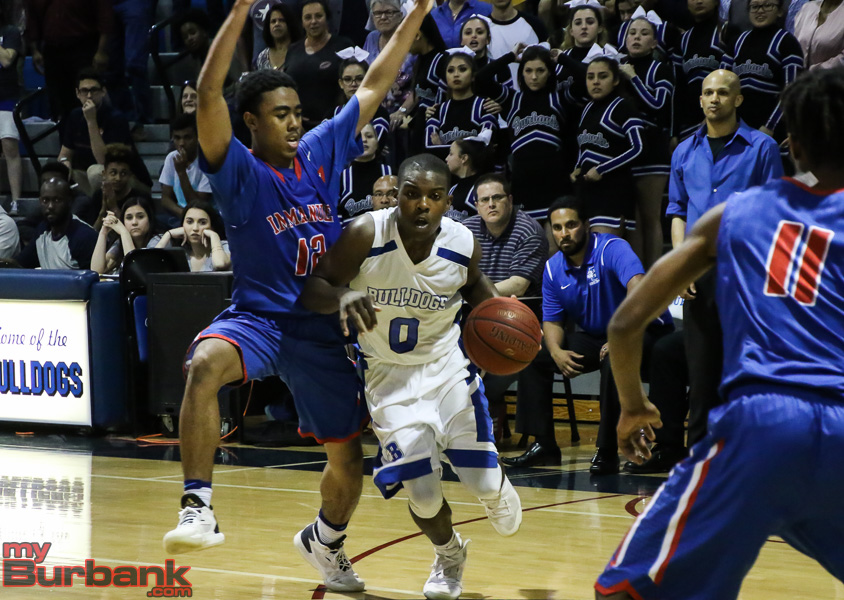 But the Bulldogs could not finish the job and fell 58-57 in the last of many thrilling contests throughout the postseason.

Burbank coach Jamayne Potts praised his team for producing arguably the greatest team in school history in posting a 25-10 record. 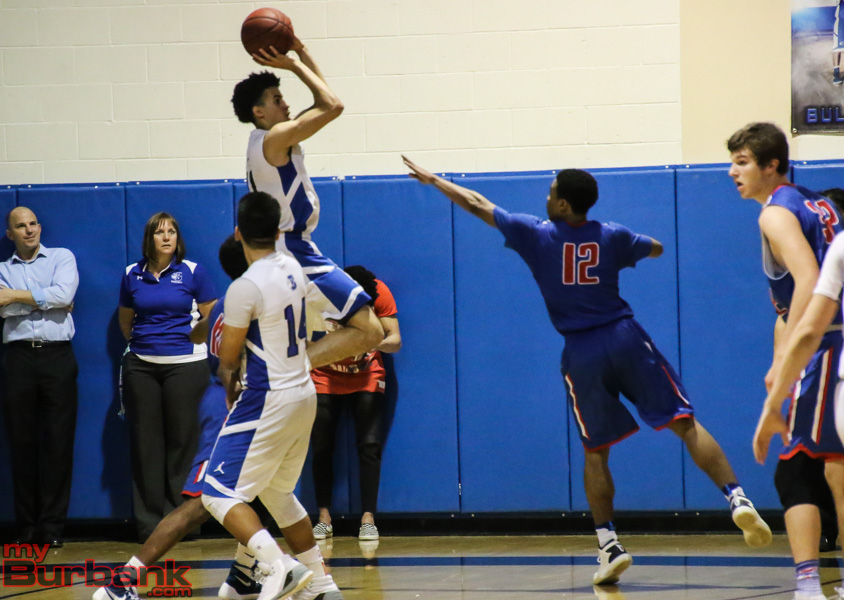 “What they did was change the culture of Burbank High basketball,” Potts said of his seniors. “When I was first hired teams would send their JV teams to play us. They wouldn’t let us into the Maxpreps tournament. The respect and culture change that they have done for this program is everlasting. When I was first hired I could count in the stands how many people were there. Now it is amazing how much support (we have). We didn’t a championship, but we changed things and I’m so proud of these seniors.”

After falling behind in many of its playoff games early on, Burbank came out strong from the start for a second straight game.
Burbank led by as many as 10 points on two separate occasions in the first half.

Immanuel (23-8) came out strong to start the second half after Burbank held a 35-26 advantage at the break.

But Burbank answered that challenge by going on an 11-0 run to make it 46-33 with 1:59 left in the third quarter following a pair of free throws from Michael Woods. Woods had 14 points.

Burbank maintained a 10-point cushion with 6:46 to play following a pair of free throws from Thomas Clark. 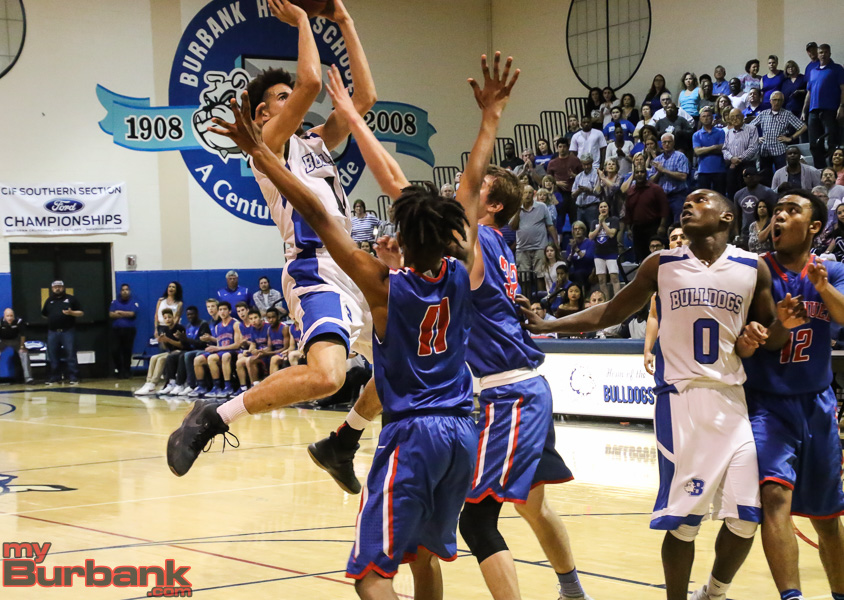 But the visiting Eagles came behind their two stars, point guard Nate Kendricks and 6-foot-6 post player Darrin Person Jr., who finished with a game-high 32 points.
Person, who will play for Cal State Bakersfield next year, scored what turned out to be the game-winning basket with 6.3 seconds left when he hit a turn-around shot.
“We missed some key free throws down the stretch where we could have pushed the lead to seven,” Potts said. “We missed the front end of one-on-ones. That changes the game a little bit. I thought we did an awesome job defensively tonight. Unfortunately they pounded it in to (Person) and he made big plays.”

Immanuel coach Nate McClurg praised Burbank.
“They’ve got a lot of really good players. Jamayne does a really good job. They play their butts off. They execute, they stay within their stuff. I think this is one of those games where we made one more play than they did. If there would have been another 15 seconds, it might have gone the other way.”
Faraz Khandaker led the Bulldogs with 16 points.
Clark had seven points and Abdullah Kobaissi and Cameron Sweeten each had six. Ben Chavez had five points and Tyrese Willis had three.