After being tied with host Burroughs through three quarters the Bulldogs started to play up to the standard that has been customary with the team this season.

“We held them to six points. We literally shut them down on defense,” Burbank coach Jamayne Potts said of the fourth quarter. “We also didn’t give them two or three chances on the boards and then we were able to run.” 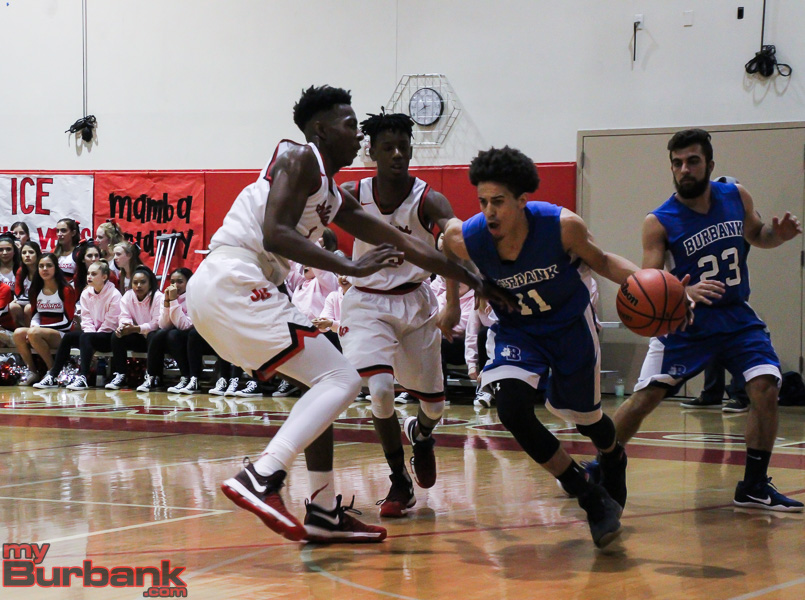 “I actually said our girls won their game and sealed it because they made free throws,” Potts said. “(I said) just concentrate on that and make your opportunities and they did.”

Burbank made six of eight free throws in the final quarter.

“I feel like everyone was getting in the groove. Once we get in a groove it just sparks everything up for our team,” Burbank’s Thomas Clark said.

Burroughs coach Allan Ellis praised his team for giving Burbank a tough fight. The Indians are now 11-8 overall, 3-4 in league. 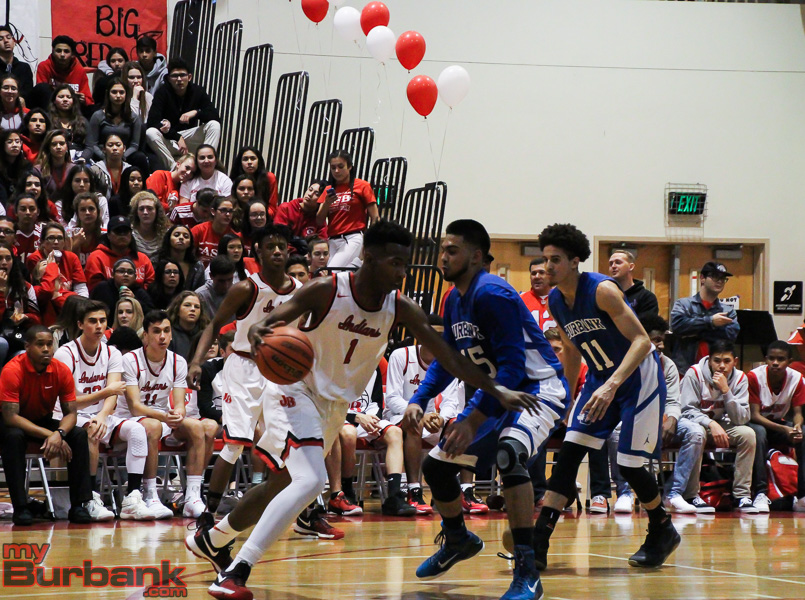 “We played a good three quarters for the most part. Our offense has been getting really stagnant the past couple of games,” Ellis said. “We’re missing our starting point guard Stefon Foster and one of our key seniors Brannan Shepherd to injuries and it’s really affecting us offensively in getting into our sets and running things the way we want to run them.”

After both teams were tied at 40 going into the fourth quarter, the Bulldogs started the final period on a 10-0 run. A three-pointer by Ben Chavez got things going for the Bulldogs. It was one of three he had in the game.

Cameron Sweeten also came up big taking advantage of two Burroughs turnovers and turning them into three-point plays for the Bulldogs.

Burroughs’ lone field goal of the fourth quarter came on a three-pointer by Carson Clarke with 4:27 to play. The Indians only other points came via Tristen Hull at the free-throw line.

The Burroughs star finished with a game-high 22 points and was the only player on his team to score in double figures. 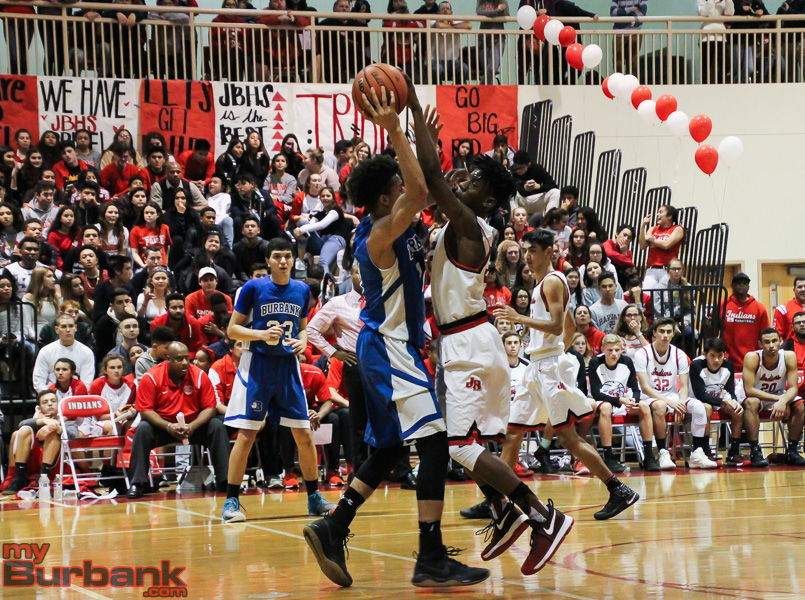 Burbank was led by Michael Woods who had 19 points. Faraz Khandaker had 16 points, Sweeten had 10, Chavez had nine, Clark had six and Abdullah Kobaissi had one point.