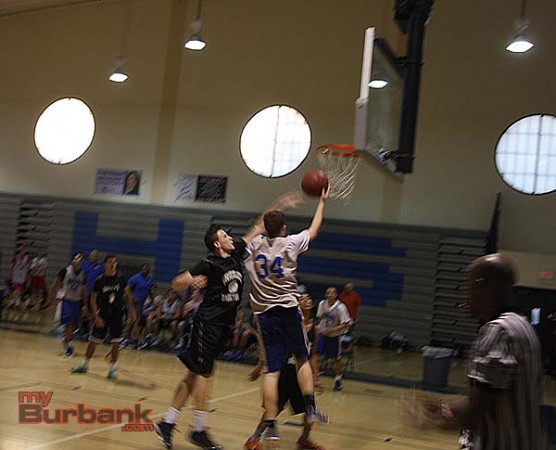 Burbank has vastly improved throughout the summer (Photos by Dick Dornan)

They came, they saw, they conquered.

The Burbank High boys basketball team traveled up north to the UC Santa Barbara team camp two weeks ago and returned back home as champions. In an impressive display of basketball, the Bulldogs won their division and then took home the hardware after winning the tournament championship. They finished 7-1 during the 3-day camp.

“There were three things we wanted to accomplish at the UCSB team camp,” Burbank coach Jerry DeLaurie said. “1. To get better as a team; 2. To beat some good teams- which we feel we did in beating Rio Mesa and Santa Maria who were both undefeated going into the final day of the tournament; 3. To have fun. 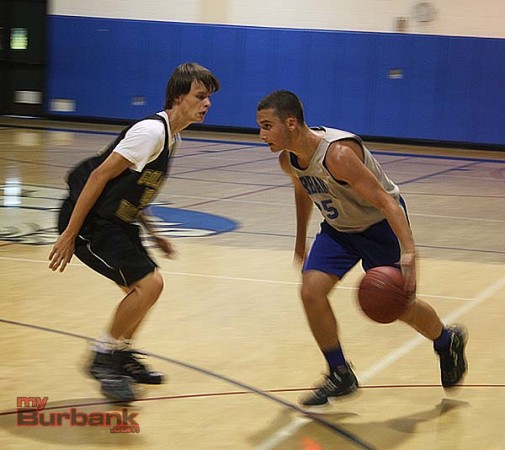 “We accomplished all of our goals not because we won the tournament, but we grew as a team and are establishing a belief that we can be a team that can compete with anyone in our league next year.”

On the final day of the camp, the top 12 teams advanced to the single-elimination championship tournament consisting of 22-minute games. The Bulldogs were seeded third.

Burbank then faced undefeated Rio Mesa who entered the semifinals with a 6-0 record. Ellie Hanno scored 12 points and Woods collected eight rebounds as the Bulldogs held the Spartans to 14% field goal shooting in a hard-fought 16-14 win.

The championship featured another opponent that was undefeated. Santa Maria was 7-0 and the No. 1 seed in the entire tournament. The Saints jumped out to a 13-2 lead only for BHS to roar back and counter with a 17-2 run of their own to make it 19-15 in favor of the boys in blue.

The Bulldogs’ pressure defense was the difference down the stretch as they held on for a 32-29 victory. Woods scored 15 points and grabbed nine rebounds in a strong effort. 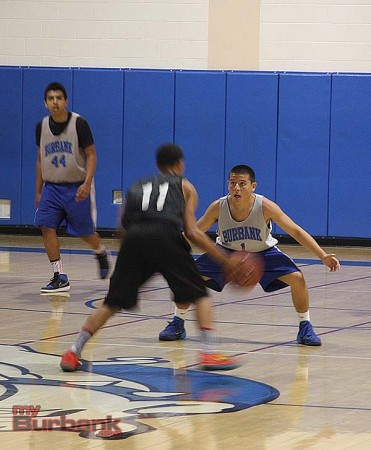 Burbank’s team features a junior (Hanno) and four sophomores who garner the majority of the minutes.

“We will be one of the youngest teams in the entire area, and we have six sophomores on varsity and a majority of them start,” DeLaurie said. “Mike Woods, Ben Chavez and Ellie Hanno are our leaders.

“The summer is going very well. We are really working hard and we are putting together an identity of our own and that’s important for us. We have won seven straight games, 12 of 13, and three of those wins have been very close games. Finding a way to win close games is important.”

“We are averaging eight guys scoring for us each game and our sophomores are gaining valuable experience,” said DeLaurie. “One area of our concern going into summer was our defense, but the last 10 games we are giving up only 33 points a game. If we can continue to improve our free throw shooting we will be a factor in league.”