Maya Wilson is just a junior at Burroughs High. But she wanted to make sure she went into her senior year as hands down the greatest female swimmer in school history.

So Wednesday afternoon she did just that in her home pool.
Wilson set two more school records to give a school record in every individual event. Her efforts helped Burroughs win 96-70 over Burbank. The Bulldogs returned the favor in the boys’ varsity competition, winning 109-54.

“Today I just wanted to have fun and see what I could do. I came here and put on a suit and swam as fast as I could and it turned out well I guess,” said Wilson, who now holds Burroughs records in all eight individual events. “I enjoy doing the other strokes just to see how fast I can go.” 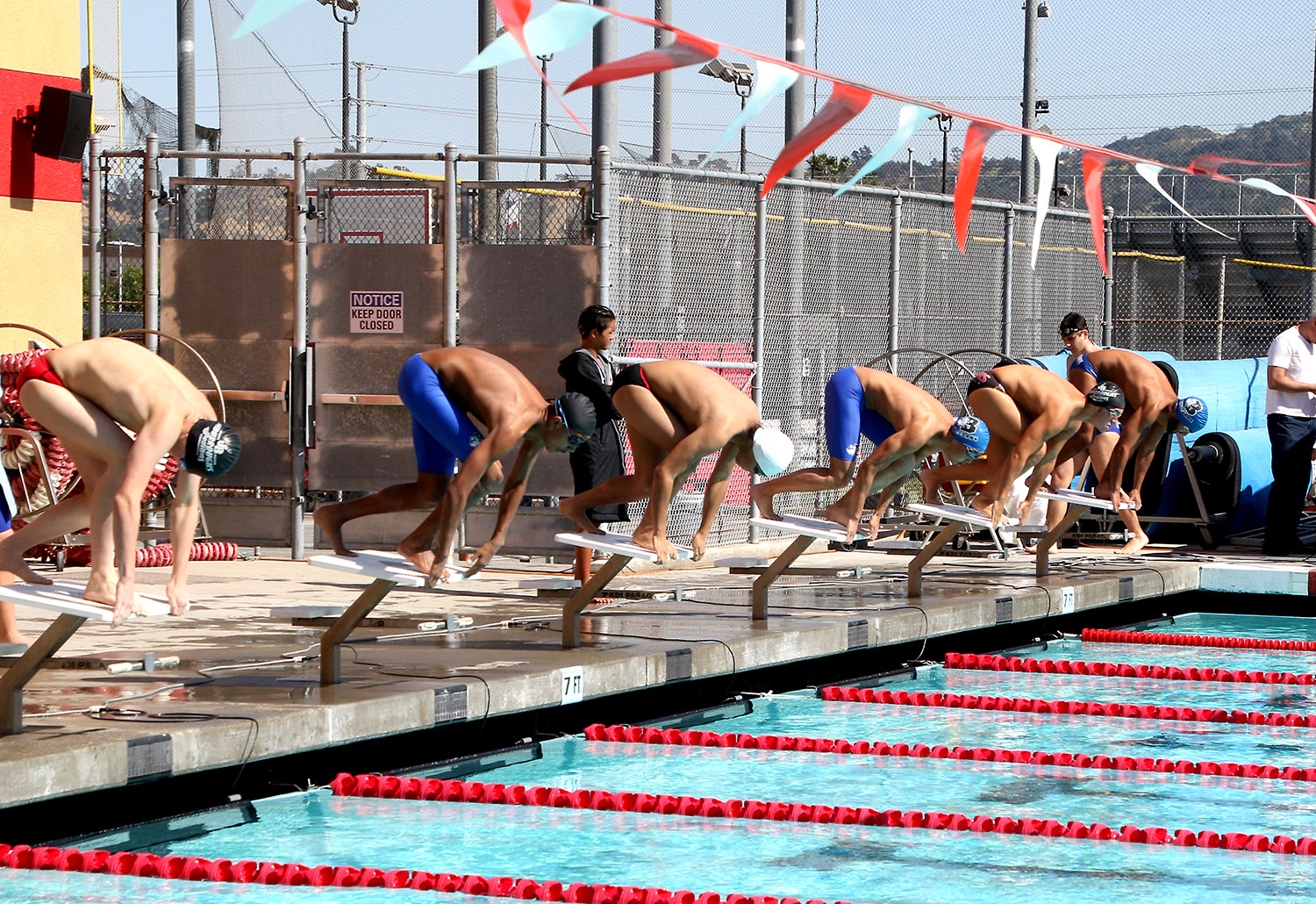 David Lee won the 50 and 100 freestyle. Arsen Rostomyan won the 100 butterfly and the 100 backstroke.
Ashot Gavurmadzhyan won the 200 individual medleys for the Bulldogs. Ryan Feldman was victorious in the 200 freestyle.
The Burbank boys’ team finishes the Pacific League season with a 4-2 dual meet record. The Burbank girls’ team finishes the league season at 2-4. Burroughs finishes the season with a 4-2 mark for the girls’ team and a 3-3 mark for the boys’ team.