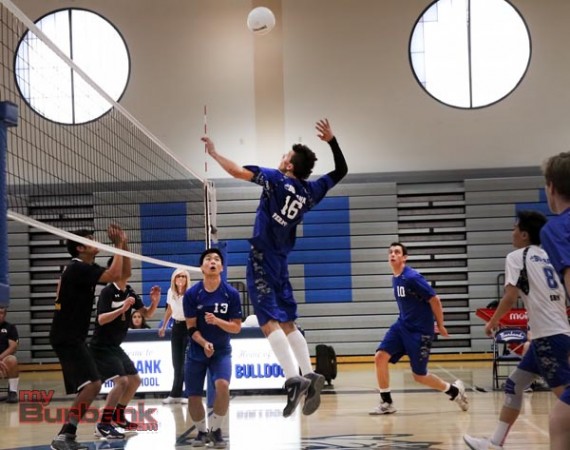 Burbank is off to a high-flying start in boys volleyball (Photo by Ross A. Benson)

Don’t look now but the Burbank boys volleyball team is on the rise. Only in their third year of existence after bringing back the program in 2012, the Bulldogs have quietly put together a strong season thus far. 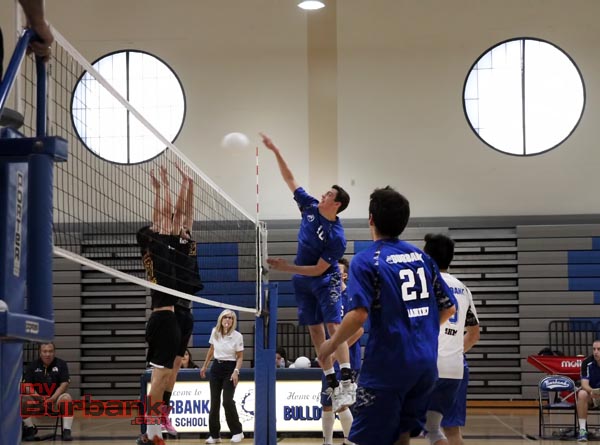 The Bulldogs are 10-1 overall (Photo by Ross A. Benson)

“It’s been fun. All three of our levels are experiencing some success right now,” Burbank coach Patrick McMenamin said. “I want us to stay humble because we are approaching the heart of our season right now. It’s nice to have some of the previous years of work and even some losing start to go away and see success start to arise.”

After going 11-18 a year ago and losing 10 players to graduation, McMenamin has done a masterful job of taking this year’s crop of athletes and molding them into a cohesive unit playing sound and fundamental volleyball.

“These kids are becoming students of the game in terms of understanding our opponents, analyzing film, our approach to practice,” he said. “I think it’s starting to pay off and the kids are noticing that too.”

After losing the first two sets, Claremont roared back and tied the match at two apiece. Then the Bulldogs displayed the maturity they have developed by regaining their composure and winning the all-important fifth set in convincing fashion.

“We had an opportunity to put it away in the fourth set,” said McMenamin. “But it was definitely nice to see our boys respond in the manner that they did in the fifth set taking them 15-8.”

“Our passing was strong and our ball control was there so it helped us to diversify our offense a little bit,” McMenamin said. “From there we found a rhythm.” 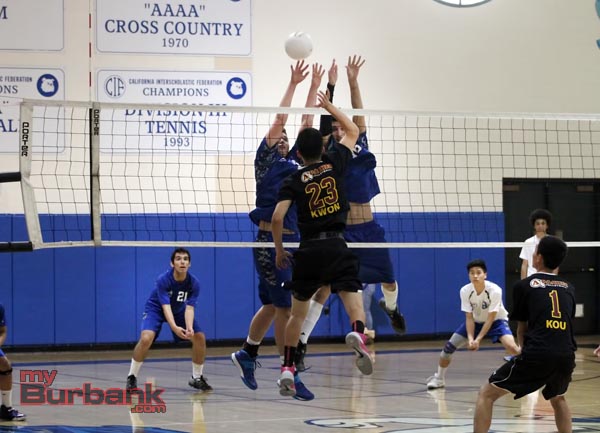 Burbank has stuffed its competition thus far (Photo by Ross A. Benson)

Servin’s steady play has helped propel Burbank into first place in the Pacific League alongside Burroughs (8-3, 1-0). The two rivals will tangle on Wednesday, April 2, at Burroughs at 6 p.m.

“Joseph (Servin) is starting to hit the way we need him to,” McMenamin said. “He’s a four-year player who has been around since we started our program. He’s definitely clicking when he’s hitting.”

Burbank has been clicking on all cylinders thus far. The match on Wednesday against the Indians will be a good indicator how far they’ve come in just three short years.

The Bulldogs are 10-1 overall (Photo by Ross A. Benson)

Burbank has stuffed its competition thus far (Photo by Ross A. Benson)