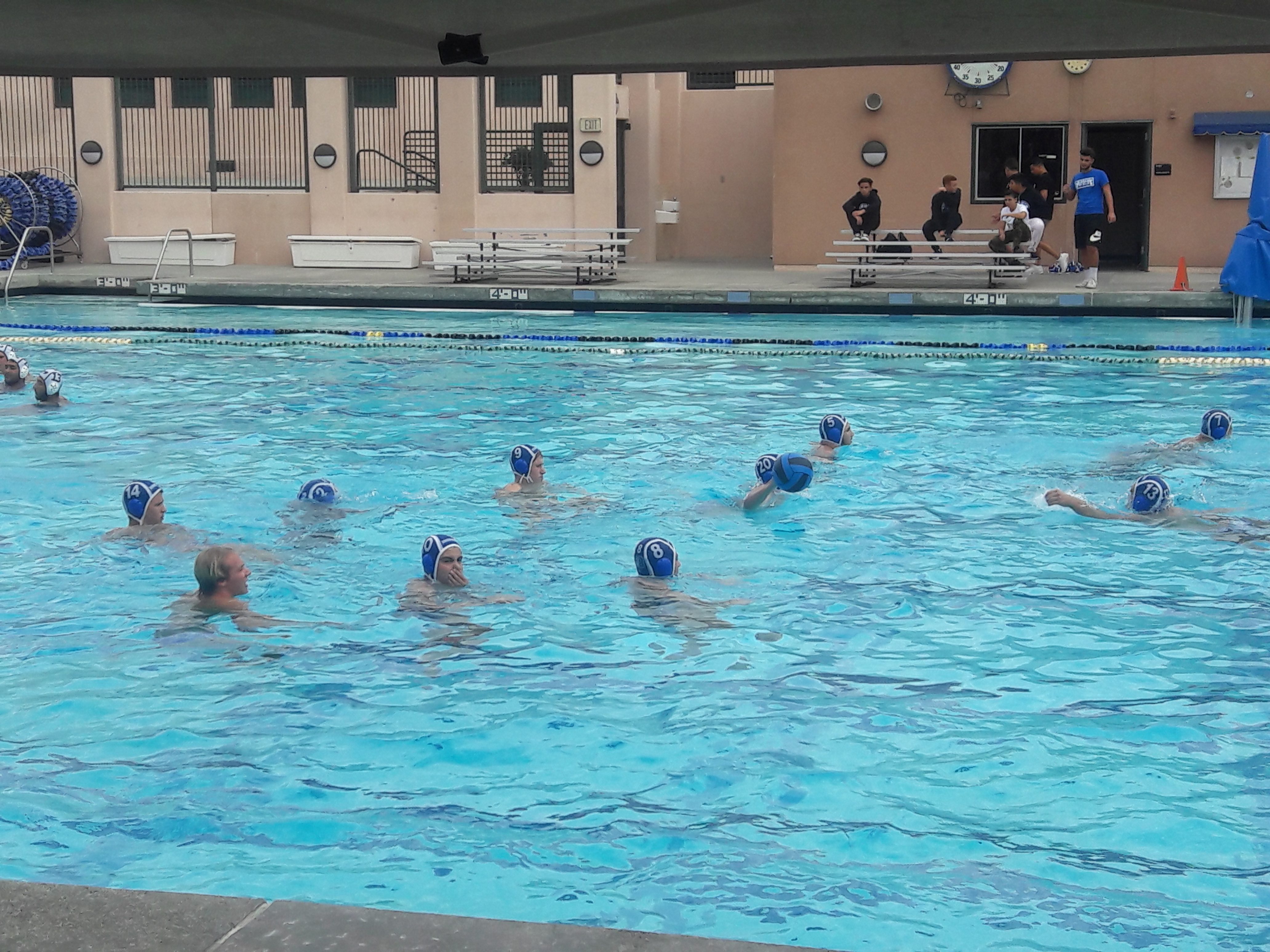 For one quarter and then a half, the Hoover High boys’ water polo team held a secure six-goal edge over Burbank.

In the second half, that edge ballooned and became the Grand Canyon as the visiting Tornadoes outscored the Bulldogs 11-2 and raced off to a 21-6 victory on Tuesday afternoon in a Pacific League match.

“I’ve only been working with these guys for a month. They’ve had four years to get bad habits from really a lack of experience,” said Zachary Card, who is the interim coach in place of Allyson Young, who is on maternity leave. “They’re a Division III team playing a Division VI team.”

A five-goal effort by Hoover in the third quarter made it 15-5 with senior David Ashkharian scoring two of his match-best six.

“The problem with a Division III team playing in Division VI, is they also have a Division III bench,” Card said of Hoover, which is looking to win the league title two out of three years.

Senior Jordan Corpuz, who had five goals for Hoover, collected one in the third frame that made it 12-4 and 5:22 on the ticker.

Junior Hayk Nazaryan added a strike with 5:58 left for a 11-4 lead and senior Artur Khachatryan’s goal with one second gave the Tornadoes a 15-5 margin heading into the fourth quarter.

The Tornadoes (11-7 and 3-0 in league) came out in the opening period and seized control 6-2 with senior Jordan Corpuz getting three of his five goals.

Ashkharian scored two goals in the first stanza including a tally with 2:26 left that made it 3-1 and one with 1:42 remaining for a 4-2 lead.

Burbank freshman driver Johnny Agazaryan scored with 6:18 left in the first period to make it 1-0.

Senior driver Varuzhan Bilbulyan scored off a rebound for the Bulldogs with 1:59 showing that cut the deficit to 3-2.

Junior utility Kourosh Dolatshahi scored for Burbank, which is ranked No. 2 in the CIF Southern Section Division VI, with 5:59 left in the second that trimmed Hoover’s advantage to 7-3 and senior driver Artush Gasparyan added a goal with 4:15 on the clock that shaved it to 9-4.

Junior driver Edward Bowman had a goal in the third frame for Burbank (8-3 and 1-2 in league) with five minutes left as the Bulldogs drew within 12-5.

Dolatshahi also contributed a goal with 4:01 left in the fourth that shaved Hoover’s advantage to 17-6.