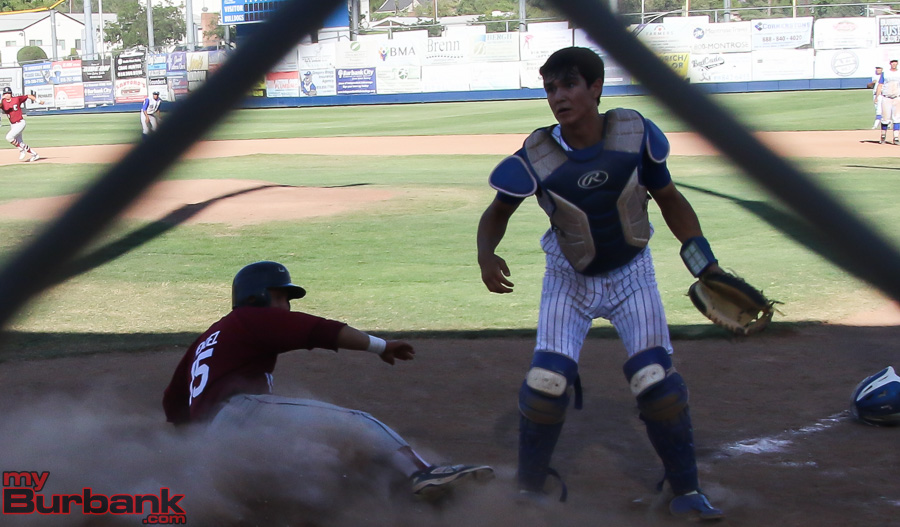 It happens every spring, but there is still nothing sweeter than the sound of a baseball bat hitting a ball.

For Burbank High and Burroughs, the nonleague season is nearly over as the Bulldogs went 2-5 after games in the Easton Tournament, Quartz Hill tourney and Babe Herman Tournament, while the Indians are 6-6 after playing in the same tourneys.

The Pacific League is set to begin next week when the Bulldogs visit Arcadia on March 27 and the Indians host Glendale on the same day.

Burbank welcomes longtime city rival Burroughs on May 8 and visits the Indians on May 11.

The Bulldogs, who went 15-10 and 10-4 in league for third place, advanced to the second round of the CIF Southern Section playoffs in 2017.

Burbank is talented and deep, but not overly experienced.

That’s just one reason for the substandard nonleague record and that the team played very good teams.

But Burbank Coach Bob Hart believes this will make his squad that much better when the league portion of the schedule commences.

“We want to play as many good teams as we can, even if we’re not going to win many games because it’s going to help us when the Pacific League comes around,” he said. “I could schedule teams I know we can beat, but in the long run that’s not really going to help us.”

Senior Max Meltzer will play shortstop, junior Davis Mieliwocki will patrol third base and senior Matt Shaugabay will be the catcher.

The Bulldogs’ outfield will have senior Matt Moreno in left field and center field, sophomore Oakley Spens will toil in center field while junior Andrew De La Torre will play right field, as will Duarte.

The pitching staff is filled with reliable arms and they include Porras, Ruiz, junior Joey Clark, De La Torre, Mieliwocki and Shaugabay, who will be the closer.

The Indians are coming off a season in which they went 14-13 and 8-6 in the league, but lost 2-1 in the opening round of the CIF playoffs to Santa Barbara.

“Although young in the middle infield and more juniors than seniors on the team, I feel we can be competitive with anyone in the league,” Burroughs coach Craig Sherwood said.

The pitching staff is deep and will be led by junior Nicco Chuidian, who had some stellar moments in 2017.

Junior submarine artist Xavier Dubon hopes to be a starting pitcher while juniors Andres Salazar and Brandon Aguilar will battle it out for the closer’s role.

The infield is solid and somewhat young and includes senior and captain Nathan Palafox at first base.

Junior Collin Johnson will be the designated hitter and the backup first baseman.

Sophomore Brian Garcia will play shortstop and sophomore Devin Esquivel will see action at second base.

Seniors Brandon Giraldo and Gonzalez will play third base and junior Julian Jaramillo will also see time at the position.

According to Sherwood, whoever hits the most effective, will see the majority of the time at the position.

Behind the plate will be senior Matthew Diaz and Jaramillo, and once again, whoever hits with the authority, will spend most of the time behind the plate.

Senior Revin Diego, who played extremely well during the winter according to Sherwood, will play left field.