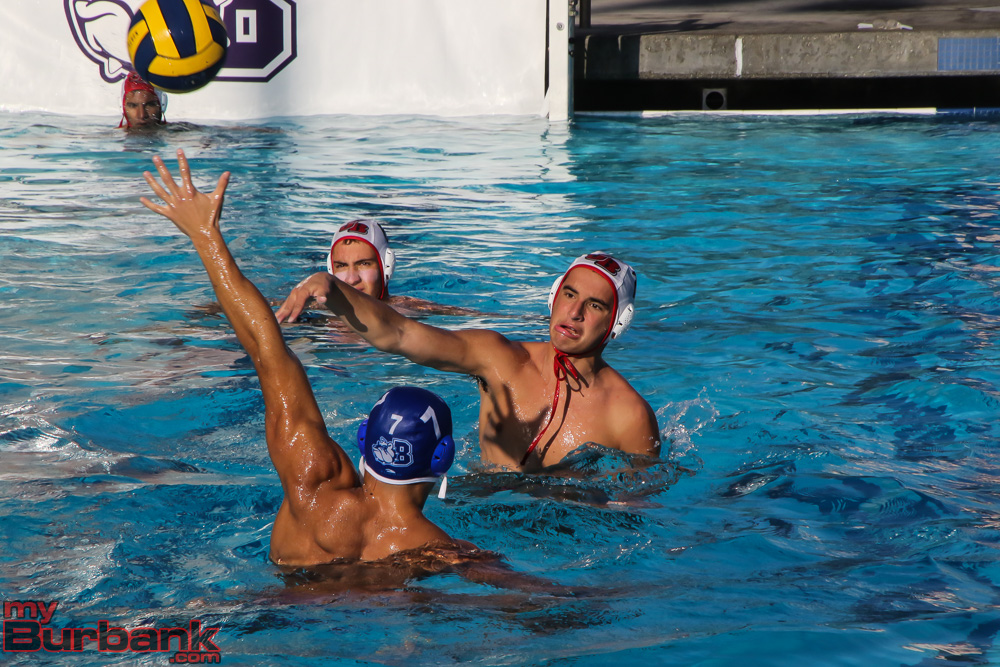 Thinking big and reaching the CIF Southern Section playoffs are the goals for the Burroughs High and Burbank boys’ water polo teams.

Both are very capable, but there is one key difference and that is the Indians have recently been there, while the Bulldogs haven’t.

Burroughs is coming off a 13-13 campaign and a first-round defeat in the playoffs, but Coach Jacob Cook likes what he sees because many on the team are seniors.

On the negative side, 13 players have graduated including David Arakelyan, the team’s leading scorer.

There are six juniors and they include Chet Conlan, Jon Paul De Fabry, Matthew Mucha, Sammy Lazaar, Tobey Ho and Vahagan Sahakyan while the rest of the team consists of sophomore Orion Hernandez and freshman Xavier Turla.

“We lost 13 seniors from last year,” Cook said. “We have a very young team, but we have a very committed and hard working team. These guys are really committed to bettering themselves and learning to play with each other.”

In order to compensate, Cook said that he will instill hard work and also the basics. “We’re going back to the fundamentals,” he said.

Burroughs has played two matches and is winless. The Indians will open Pacific League play at Crescenta Valley on Sept. 25 and will host Burbank on Oct. 17.

Chances are decent that Burbank, which is 1-1 this season and will begin league action at Pasadena on Sept. 25, will fare better this year than the previous.

“I expect that we will do a lot better than last,” Burbank coach Allyson Young said. “Hopefully in the top four.”

Young said that she is basing the projection on being better prepared and diligent. “This year all of my guys are working hard and want to succeed,” she said. “We’ve got good players for both offense and defense.”

Young then added: “I like that this team is already working hard and wants to continue the hard work. This is a team sport, so they need everyone to be willing to give it their all,” she noted.

Young’s target is also the postseason. “We believe that this year we can make playoffs and that is what we are aiming for,” she said.

In 2017, the Bulldogs defeated Pasadena and Glendale in league play and this year’s leaders are senior Varuzhan Bilbulyan, senior Artush Gasparyan and freshman Johnny Agazaryon.

Young feels confident that these three will play well, along with the rest of the team. “A lot of my other guys are ready to step up and show what they’ve got,” she said.