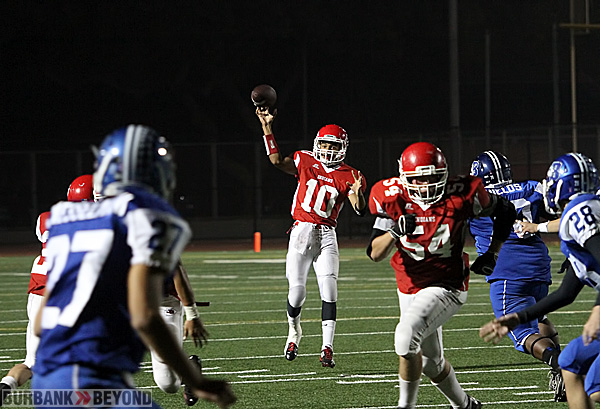 Andrew Williams, #10, returns for the Indians (Photo by Ross A. Benson) 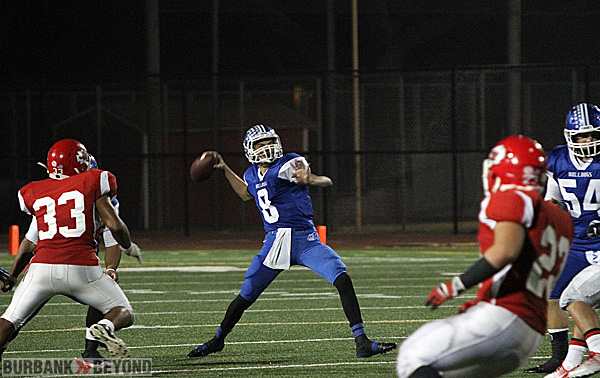 Ryan Meredith, #8, returns at QB for the Bulldogs (Photo by Ross A. Benson)

Are you ready for some football?! The high school season begins three weeks from today. In fact, the 65th edition of the “BIG GAME” is exactly three months away. “Hell week” for both schools is fully underway as they prepare for their regular season openers on September 6.

Previews of both teams will be available right here on MyBurbank in the next couple weeks. In the meantime, here is a quick glimpse of the schedules for Burbank and Burroughs for the 2013 season.